Science stream, which is the most sought after line after 10th, offers immense career opportunities in the field of technology and innovation. Apart from the traditional medical and non-medical courses like MBBS, Mechanical Engineering, Computer Science, etc, there has been in increase in enrolments across new-age specialization programs like Food Biotechnology, Aerospace Medicine, Biotechnology etc. These Innovative fields of study have immense scope and offer a multitude of jobs in various industries. In this blog, we will explain some prominent high salary courses after 12th science that you can pursue.

“Which course is best after 12th Science?” is a question many science students ask themselves after completing 12th. Evaluating your interests after 12th is essential since it will help you pick the right specialization and career path especially in the Science stream as it has many high salaried courses after Science in PCB, PCM, without NEET, Management, Media, Designing, Arts, Technology, and so many more.

Here are the top 20 High Salary courses after 12th Science:

The science stream is further divided into two fields namely, Medical and Non-Medical. The non-medical field, also called PCM, consists of three major subjects: Mathematics, Physics, and Chemistry. Given below are the popular high salary course after 12th science with MPC subjects:

One of the most pursued degree courses after 12th science, Engineering is a field that never fails to allure the candidates due to the diverse specialization courses and lucrative career opportunities. Civil, Computer Science, Electrical, Mechanical, and Electronics are some of the prominent branches which are offered by an array of universities across the world. Apart from these, there are also many engineering fields that are new and emerging. Some of these are Aerospace, Automation engineering, Mechatronics engineering, Fire and Safety Engineering, Highway Engineering, etc. The duration of BTech or BE remains the same throughout various countries i.e. 4 years. To attain overseas education in this field, candidates have to appear for English proficiency tests like TOEFL, IELTS, PTE and have to satisfy eligibility criteria that can vary from one university to another. The salary of some of the highly paid work profiles abroad ranges from 20 lakhs-25 lakhs INR.

With rapid urbanisation all over the world, the demand for candidates with a stronghold in architecture are in high demand. Out of high salary courses after 12th science, Architecture is one such degree program which annually receives a large number of enrollments. A degree program like Bachelor of Architecture (B.Arch) equips the candidates with the intricacies of designing the layout and structures for constructing physical infrastructure such as buildings, malls, hospitals, etc. Running for a duration of 5 years, the undergraduate degree program is offered by many universities across the world. The initial salary after pursuing this course ranges from 40 lakhs to 50 lakhs INR.

BSc Computer Science is a popular course pursued after 12th by those who have studied Computer along with MPC subjects in higher secondary school. This program is suitable for those who want to study computer systems in detail. The course curriculum imparts knowledge in subjects like Database Systems, C++, Java, etc and equips the students with the technical skills. The graduates can earn around 8 lakhs which can go up to 25 lakhs with further specialisation.

Another popular and most pursued high salary courses after 12th science is that of a Commercial Pilot. There are a plethora of commercial pilot courses available that can clear your queries on how to become a pilot after class 12th. With globalization, the aviation sector has seen tremendous development. This has, in turn, increased the demand for pilots. The average starting salary of a commercial pilot abroad thus ranges between 40-50 Lakhs which can even go up to 90 Lakhs with further training.

The other prominent stream of science is medical. Biology, Physics, and Chemistry form the core subjects of this stream. Listed below are some of the high salary courses after 12th science with BiPC subjects:

A bachelor level degree course, MBBS is one of the most popular Medical Science courses opted by students. Even though this course is offered by an array of universities across the world, to study this 5.5-year degree program, the candidates have to qualify the NEET entrance exam. The average salary of fresh graduates varies between 50 lakhs-70 lakhs per year.

Also Read: How to prepare for NEET

BDS is the most-sought after degree program after MBBS. The average duration of the course is around 4.5 years which can vary from one university to another. The course trains the candidates in different arena related to the oral cavity. The starting salary of a dentist practising abroad ranges between 20 lakhs- 40 lakhs.

Another sought after high salary courses after 12th science is BSc Nursing. Offered by many institutes across the globe, the course trains students on the vital aspects of patient care including pre- and post-operative care. Running for a period of 4 years, the course graduates get a yearly salary between 29 lakhs – 34 lakhs.

Now, let’s explore some of the other prominent high salary courses after 12 science other than Engineering and without the requirement of Maths in your 12th curriculum.

As the world is seeking varied forms of alternative medicine, opting for a BHMS course is another great option for science stream students. Homeopathy is emerging as a sought-after field and is amongst the prominent high salary courses after 12th science. BHMS spans across the duration of 5.5 years and at the completion of your degree program, you can explore a multitude of prospects in both public and private sector. Becoming a homeopathic doctor, you can expect to earn around 3-4.5 Lakhs per year.

Another key career domain in the healthcare arena, Pharmacy is an ideal field for those interested in exploring the study of how medications are created as well as prescribed to the customers. Being an interdisciplinary field, opting for a career in Pharmacy is also a great high salary option you can consider after 12th science. Interested students can opt for D Pharmacy to get a basic overview of this field and if you find yourself curious to delve deeper, then a Bachelor of Pharmacy is the next step to consider. Completing a degree in Pharmacy, one can choose from career prospects in Pharmaceutical companies, hospital or retail pharmacies, research organisations, amongst others and the salary in this domain can range somewhere from 3 Lakhs to 16 Lakhs per year.

In the contemporary times, people are valuing mental health as much as giving importance to being physically fit. This has lead to many aspirants getting interest in studying Psychology and exploring its different specialisations be it Industrial Psychology, Counselling Psychology, Clinical Psychology, amongst others. The average salary of a psychologist can be roughly between 2.5 to 3.5 lakhs per year in India and it will also depend on whether you take the path of a clinical psychologist or become a psychiatrist. Since there is a stark difference between a psychologist and psychiatrist mainly as per their academic qualifications. To become a Clinical Psychologist or a psychiatrist, you need to pursue a bachelor’s degree in medicine and then earn a specialisation through MD and certification while to become a psychologist, you can pursue PhD in Psychology or Doctorate in Psychology as the highest qualification.

An interdisciplinary field that combines Physics, Biology and Chemistry together, Forensic Science is also a striking career option to explore amongst the long list of high salary courses after 12th science. Opting for Forensic Science Course After 12th, you will be equipped with the requisite training and skills to explore career prospects in the public sector as well as in research organisations. In India, the salary of a Forensic Scientist is estimated around 3-4 lakhs per year.

There are many medical courses without NEET score requirement that 12th science students with PCB can study. Here are the best high salary courses after 12th PCB without NEET:

For those exploring courses after 12th science, the domain of commerce and management is also open for such students and offer lucrative degree programs in diverse specialisations. From Business Administration to Hospital and Healthcare Management, you can choose from varied high salary courses available after 12th Science, and some of these prominent programs are mentioned below:

Take a Look At the Complete List at: Top Management Courses

Completing 12th standard with science stream, many students find themselves inclined towards creative pursuits, be it designing, writing, painting, amongst others. If you are aspiring to become an artist or build your career in the ever-growing field of media, there are a wide range of short-term courses as well as degree programs available for you to pursue. Here is a list of major high-salary courses after 12th science in the domain of Arts, Design & Media:

Thus, there is a multitude of high salary courses after 12th science. To pursue some of these courses, you will also be required to qualify specific entrance exams. If you need guidance on how to ace these exams then the experts at Leverage Edu will assist you in creating a perfect strategy aligned with your strengths and weaknesses thus helping you take a step forward towards building a strong career in your choice of field. 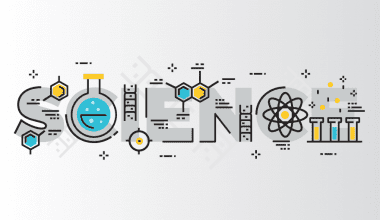 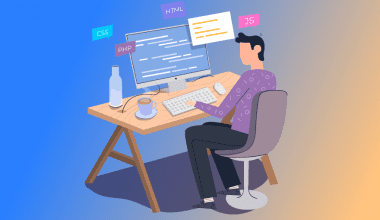 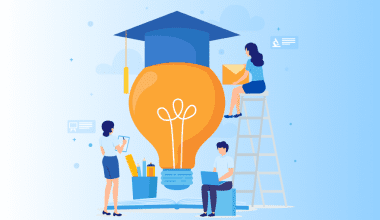 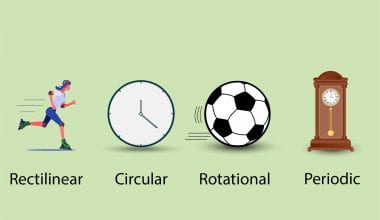 Let us consider, that you are sitting on your sofa watching TV, think about whether you are in…