Synonymous with academic excellence throughout the world, the Ivy League is a group of eight elite universities spread across the United States of America. From attracting the brightest of students internationally to being global hubs of research and from a stellar list of faculty to state-of-the-campuses, these universities no less than define the standards of education policies, courses, curriculum and everything in between. These educational institutes include Princeton University. Harvard University, Yale University, University of Pennsylvania, Columbia University, Cornell University, Brown University and Dartmouth College. It is important to note that even though the Massachusetts Institute of Technology, Stanford University, John Hopkins University, and Georgetown University are highly able and revered counterparts, they are not Ivy League colleges. If you are interested in getting an overview of the MIT admission process, you can through our blog on How to Get into MIT. The following passages will shed more light on each of the above-mentioned institutions.

Considered to be established during the 1950s-60s, the Ivy League association is, in essence, an athletic conference of eight private universities which participate in the NCAA athletic division I. Among the Ivy League colleges, Harvard University, which was founded by John Harvard as far back as 1636 is the oldest and Cornell University, though started in 1865, was the final and last inclusion. Being closely located is another reason for their collaboration.

As per rankings, Princeton University enjoys the reputation of being above Harvard and Yale and other Ivy League colleges. It is a private university chartered in 1746, becoming only the fourth college in the United States. It boasts 36 academic departments with degree programs ranging from undergraduate to doctoral studies attracting a total of 8,400 students from around the world. Its Woodrow Wilson School of Public and International Affairs is famous for its International Relations Courses and the School of Engineering and Applied Science have been especially well-rated. Moreover, Leverage Edu reviews show that courses in computer and information sciences, social sciences and biological and biomedical sciences, amongst others, are the most popular. With an acceptance rate of 5%, it is highly selective even by the standards of Ivies. In its 94,000+ illustrious alumni, one can find 18 Nobel Prize winners, 3 US Supreme Court Judges, and 2 US former US presidents. A total of 61% of enrolled undergraduate students receive financial aid.

Colloquially referred to as one of the best universities amongst Ivy League colleges and worldwide, Harvard University is a private academic institution beautifully located at the banks of the Charles River in Cambridge, Massachusetts. It also carries the honour of being the oldest university of higher education in the United States. Its riverside campuses are home to over 36,000 students who study at 13 schools and academic units including but not limited to the highly appreciated Harvard Business School, John F, Kennedy School of Government, Harvard Medical School and the School of Engineering and Applied Sciences. These students are catered to by 2,400-strong recognized faculty members. The Harvard Library which vaunts a collection of 20.4 volumes is the largest academic library not only just in the US but also throughout the world. Close to 49 Nobel Laureates, 48 Pulitzer Prize winners and 32 heads of state among 371,000 others have been part of the university. Its acceptance rate of 5% is in line with its standards of academic excellence and a total of 55% of undergraduate academic offers are made with need-based financial aid. To give you a brief overview of the admission process of the business school, you can read our blog on How to Get into Harvard Business School?

Royally chartered in 1754 by King George II of England as King’s College, Columbia University acquired its current name only in 1784. Its academic offerings are comprised of three undergraduate academic schools namely, the Fu Foundation School of Engineering and Applied Sciences, School of General Studies and Columbia College along with several highly specialized graduate schools such as Columbia Business School, School of International and Public Affairs and Law School, amongst others. Leverage Edu reviews its degree programs in engineering, social sciences, and psychology as particularly worth considering both with respect to Ivy League colleges as well as other contemporaries. Also known as ‘the quintessential great urban school’, Columbia University’s campus is one of a highly diversified assemblages of students with over 26,000 enrollments and 90 nationalities represented. Jack Kerouac (writer), Barack Obama (former US president), and Isaac Asimov (professor) are some of its distinguished alumni. Around 50% of undergraduate students enrolling receive partial or full financial aid.

Amongst all the Ivy League colleges, Yale University has been at the forefront of social as well as scientific innovation and research across the globe. From being the first US academic institution to award doctoral degrees (PhD) to commitments toward music, drama and arts, it has been highly rated for meticulously curated degree programs, international opportunities, career outlook, etc. Apart from its Yale School of Drama, Yale Graduate School of Arts and Sciences Law School, School of Nursing, Yale Law School along, there are 8 more professional schools under the university. In terms of student participation, it witnesses a total enrollment of 13,433 students across around 80 major options out of which, 2,694 students hail from 123 different countries. Yale has strived to build a close-knit student community with 250 theatrical and musical events, 100 clubs and several cultural centres and athletic teams. The famous Yale Silver Scholars program has also etched its name worldwide for offering a 3-years early MBA course. Its eminent list of alumni includes names such as Oscar-winning actress Meryl Streep, actor Edward Norton, and Bob Woodward, a recognized journalist.

A private academic institution founded in 1740 by Benjamin Franklin, the University of Pennsylvania has built a global name in professional and quality education with a focus on social awareness and intellectual development. Home to nearly 22,500 students from over 100 countries, the university is highly selective with an acceptance rate hovering around 6-9% depending on the course level, higher than the Ivy League college’s standards. Its academic offerings are imparted through 12 specialized schools out of which, the Wharton School of Management, School of Engineering and Applied Sciences, Penn Law School and Stuart Weitzman School of Design, amongst others are highly rated for their unique amalgamation of knowledge development and career preparedness. Its library holds a total of 6.57 million books in print and a further 4.26 million in microform items and a repository of e-books, e-journals etc. The Center of Undergraduate Research, the Kelly Writers House aid in instilling in students an inclination towards research. Helene Gayle, CEO of Care Foundation, poet William Carlos and Jeff Weiner, CEO of Linkedin are on the alumni list of the university.

A relatively smaller university when compared to other Ivy League colleges in terms of student enrollment, Dartmouth College is a private institution home to a total of 6,571 students in a campus area of 237 acres. However, its establishment in 1769 made it one of the oldest institutions of higher learning in the United States. Adjudged by the Carnegie Foundation as having ‘higher research activity’, Dartmouth College offers degree programs through numerous departments and 4 chief graduate schools namely, the Geisel School of Medicine, Thayer School of Engineering, Tuck School of Business and Guarini School of Graduate and Advanced Studies. Leverage Edu reviews its course offerings of interdisciplinary programs such as quantitative social sciences, environmental studies and Asian Societies, Cultures and Languages, amongst others especially well-designed. Every year, the college admissions grant close to $100 million in financial aid and funding to incoming students. An important mention is the ‘Animal House’, a popular comedy film, inspired by the Dartmouth fraternity.

Located in Providence, Rhode Island amidst a lively community, Brown University is a private research institution spread across an area of 146 acres experiencing a student enrollment of more than 15,000 students. In its efforts of combining creativity and empirical learning, it follows a unique Open Curriculum format wherein students can curate their own course from close to 80 offered concentrations. This includes but is not limited to modern culture and media, cognitive neuroscience and science and technology and society. The university’s School of Engineering and School of Public Health are especially well-recognized in terms of quality of education imparted, career opportunities and employment statistics. Brown, like other Ivy League colleges, also harbours and promotes the Greek language through various chapters and organizations. Since its inception, Brown’s distinguished alumni have been John D. Rockefeller, John F. Kennedy Jr and the founder of the CNN TV channel, Ted Turner.

Undergraduate Studies in the USA

The youngest addition to Ivy League colleges, Cornell University is a private research university located in the hub of New York and offers diverse programs including the world’s first journalism degree. Along with its three campuses in New York, namely in Ithaca, Roosevelt Island, and Geneva, it also boasts of a significant presence in Doha, Washington DC and Rome. Home to 23,600 students catered to by a 1,679-strong distinguished faculty, its course offerings are imparted through 15 specialized schools and colleges. This includes its largest two colleges, i.e, College of Agriculture and Life and College of Arts and Sciences. In addition to that, its S.C. Johnson Graduate School of Management, Law School and Weill Cornell Medical College are also revered amongst others. Cornell was the first university to educate students on Far Eastern Languages which has since grown to a repository of 19 Asian languages. It forms part of the State University of New York as well.

Leverage Edu reviews show that getting admission into such elite Ivy League colleges requires not only a well-curated application but the prospective candidates should also have a clear goal and future plans as it forms an integral part of selection criteria. Needless to say, one may feel daunted by what approach to take in submitting an application. Take the assistance of Leverage Edu’s team of experts and mentors who will not only provide quality guidance right from university shortlisting to post-admission formalities but will also assist in writing an impeccable statement of purpose(SOP) so that you can take a step toward a rewarding career. 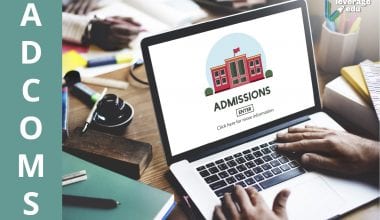 How Do AdComs Select Applications?

Curious about how universities select students? You must have prepared those long admission applications but have you ever… 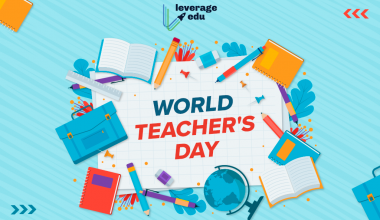 Teachers are the epitome of knowledge and guidance. Their contributions are by far the most impactful and influential… 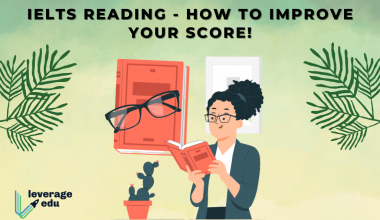 IELTS Reading – How to Improve Your Score!

If you are an international student, you must be aware that you have to take an IELTS Academic…

Founded in 1876, Texas A&M University, aka Aggieland, is the largest and most popular university in Texas for…