Best Cities in Canada for Students

Studying abroad, in many ways is an eye-opening experience. It exposes you to a unique culture, introduces you to different kinds of people, and nudges you to embrace diversity. Canada has emerged as a popular destination for international students. Canada has much to offer in terms of education, lifestyle, recreation facilities, and more. The majority of the cities are very cosmopolitan and welcoming towards foreign students. We understand that setting to a new destination and finding the right place and right university that fits you can be extremely arduous. So in this blog, we bring to you a list of the best cities in Canada that are extremely student-friendly.

Explore everything about the Winter Intake in Canada!

Canada is one of the world’s most well-known countries. It is renowned for the high quality of education it provides to students, in addition to its natural beauty. Every year, thousands of students travel to Canada to pursue an exceptional education at one of the country’s universities. Many of us question which city in Canada would be the greatest for overseas students. It is difficult to adjust to life in a new nation. It can be difficult to adjust and adapt to a new environment. However, having enough expertise and information about a location can make things much easier. It is critical for students to understand the cost of living in Canada, as well as cities in Canada that are suitable for living. The following are some of the top cities in Canada to explore for international students:

Top 10 Colleges In Canada: All You Need To Know

Toronto is an eminent destination for students and hosts many prominent universities in Canada. The capital city of Ontario, Toronto is one of the finest cities internationally and ranks high among the best cities in Canada. The city is also extremely diverse with about 50% of the people belonging to a minority community. This is indicative of the fact that Toronto is welcoming of people from different parts of the world, be it Asia, Africa, or Europe. A staggering 160 languages are spoken in Toronto which makes it extremely popular among migrants. As per QS World Rankings 2020, Toronto was ranked the 11th best student city in the world. Additionally, Toronto has numerous tourist destinations for students to explore.

Some of the popular universities in Toronto include:

Also Read: How to pursue a 1 Year MBA in Canada

With a barrage of esteemed universities, Montreal is another popular choice for students who wish to pursue their higher studies in Canada. In the year 2019, Montreal was ranked 6th as per QS World Rankings 2019 in the best student cities in the world list. It was also ranked 2nd in the list of “student view rank” by the QS world rankings. This shows that students are inclined towards Montreal over any other city for studying. Montreal may not be the most affordable city but has an excellent standard of living. Montreal is a beautiful blend of various cultures, renowned for its warm hospitality and kind people. For the students, there are incredible destinations to visit like the Mont-Royal, Notre-Dame Basilica, Jardin Botanique to name a few.

Some of the universities in Montreal include:

Next on the list of the best cities in Canada is Vancouver which is renowned for its quality education and peaceful life. Vancouver is located in the province of British Columbia. It was ranked by the Economist as “one of the most well-living places around the world. The city is home to about 50% of minorities in that region, therefore, making it an ideal location for international students. The languages predominantly spoken in Vancouver is English and French. Vancouver also hosts giant tech organizations like Google, Amazon, Microsoft, etc. A land of breathtaking landscapes, Vancouver has been ranked 16th by the QS world ranking 2019 in the best student cities list.

Ottawa is renowned for world-class educational institutions and top-notch faculty members. In 2019 Ottawa was ranked 45th in the list of Best student cities buy the QS World Rankings. Ottawa is yet another diverse city with people hailing from different parts of the world. Warm and friendly towards international students hosts immigrants from Africa, Asia, and Europe and is a preferred destination by students all over the world. With the myriad of job opportunities, affordable transportation, and living, Ottawa is truly an ideal student destination.

Here is a list of top colleges in Ottawa:

Renowned for its architecture and a European feel, Quebec is a French-speaking province and is listed among the best cities in Canada. Quebec is a city of endless celebration festivals and the country rejoices the infamous winter carnival many winter sports are organized. . After Montreal, Quebec is the 2nd largest metropolitan city with a very high percentage of minorities inhabiting the city.

Some of the popular institutions in Quebec are:

Explore the Best Student Cities in the United Kingdom in 2022

Winnipeg is Manitoba’s capital and largest and one of the best cities in Canada, as well as a key regional centre in the Canadian Prairies. It is a well-rounded metropolis with a sound economic foundation. Architecture, rivers, history, money, arts, and museums make it a popular tourist destination. Winnipeg’s retail industry has something for everyone, from boutiques to low-cost discount stores, and it’s a fantastic place to try out new ideas. This metropolis, formerly known as the “Bulls Eye of the Dominion,” boasts a diverse cultural blend. The Royal Canadian Mint, the Exchange District’s ancient skyscrapers, and the bustling Forks are all located in Winnipeg.

Some of the popular universities in Winnipeg include:

This city in Alberta is known for its western flavour and, most famously, the world-famous Calgary Stampede, a massive ten-day rodeo billed as the “Greatest Outdoor Show on Earth.” Calgary, Alberta’s largest city, is also known as a gateway to the Rocky Mountains and is frequently used as a starting point for trips to two of the country’s most famous parks, Banff and Jasper. Despite the fact that it gets very chilly in the winter, the residents of Calgary are always smiling – perhaps because the city receives the most sunshine of any city in Canada.

Some of the popular universities in Calgary include:

Explore some of the Best Student Cities in Europe in 2022

Halifax is the largest city in the Atlantic Provinces of Canada and the capital of Nova Scotia. A strategic location and one of the world’s finest natural harbours are responsible for the city’s origins and rich nautical history. Halifax was the main entry point for European immigrants to Canada in the nineteenth and early twentieth centuries. Halifax is now a bustling Atlantic seaport, Eastern Canada’s economic and cultural centre, and one of the top towns in the country for international students. Halifax, which has the world’s second-largest natural harbour, is steeped in history, including colonial buildings. The city is tiny and walkable, so most amenities are within walking distance.

Some of the popular universities in Halifax include:

Benefits of Studying in Best Cities in Canada

There is a lot of benefit of studying in any of the top cities. Like you can avail student support community to look out for in times of need. Also the best places in Canada will provide students with a well-planned lifestyle.

Overall, studying in Canada is a great experience for students. The best Canadian cities for studying are included in the list above. You will discover the ideal fit for you, though, if you look around a bit more.

Every Canadian town is well-known for its uniqueness and scenic beauty. Canada is a country that the people have chosen because it readily accepts immigrants and offers them benefits. So, if you’re eager to study in Canada, pick one of its top student cities and submit an application. You can continue to remain in Canada after you graduate by obtaining a post-study work visa.

Which Canadian city is the greatest for studying?

The greatest Canadian city for higher education, according to the most recent QS rankings, is Montreal. In addition, Montreal has been chosen as the finest city for learning and living by university graduates.

Which Canadian city offers the most employment prospects after graduating from college?

The city of Quebec is reputed to offer the most work options and the highest hourly wages.

How much does it cost to live in Toronto as a student?

The cost of living for a single student, including housing, food, and transportation, is approximately CAD 2200 per month. By dividing an apartment and purchasing a bus pass, you can choose more affordable solutions.

This was all about the best cities in Canada. Planning to pursue your studies in any one of these cities? Get in touch with our team at Leverage Edu for guidance about the best courses and universities for your academics. Book a free session today!

15,000+ students realised their study abroad dream with us. Take the first step today. Study in Canada
Talk to an expert

Education is a tool powerful enough to bring about seismic changes, both personally and politically. Especially a field… 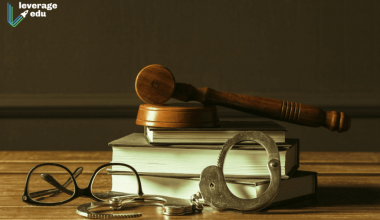 LLM in Criminal Law is a three-year post-graduate programme that deals with intentional acts of harm to individuals,…
IIELTS

If you are struggling with IELTS Test Preparation and are seeking some suggestions on IELTS, then this video… 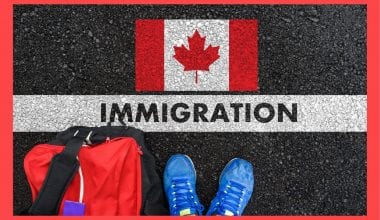 Amidst the ongoing pandemic Canadian Immigration Minister, Marco Mendicino has made two notable revelations regarding the international students…