History is one of the vast topics to cover while preparing for competitive exams. As a lengthy subject, it often frightens many of us but when explored in an interesting manner, it can be easy to remember and understand. For upcoming government exams, covering the vast Indian history, you will surely come across the topic of the Indian National Movement which encompasses a crucial phase of our freedom struggle. Acing this topic will help you fetch those extra-edge marks and qualify for the exam with flying colours. Here is a blog comprising of different Indian Revolutions as well as their essential features to help you remember this topic for your chosen competitive exam.

Here are the important events during the entire fight for Independence of India:

The Revolt of 1857 was the first-ever war for Indian Independence. It started on May 10, 1857, at Meerut. It was the first large-scale rebellion against the East India Company. The Revolt was unsuccessful but it made a major impact on the public and stirred the entire Independence Movement in India. Mangal Pandey was one of the major parts of the revolution as he declared rebellion against his commanders and fired the first shot on the British officer.

At the beginning of the 20th century, the Britishers announced the partition of Bengal with a motive to weaken the unity of nationalists. Amongst the prime Indian national movements, the Swadeshi Boycott Movement surfaced in the year 1903 as a reaction against the partition of Bengal but was formally announced in July 1905 and fully came into force from October 1905. It was bifurcated into two major phases:

Led by moderates like Surendranath Benerjee, K.K.Mitra and Dada Bhai Naraoji, the initial stage of this Indian National Movement took place from 1903-1905. The Anti-partition movement was carried out through public meetings, memoranda, petitions etc.

From 1905 to 1908, the Swadeshi and Boycott movement was started by extremists like Bipin Chandra Pal, Tila, Lala Lajpat Rai and Aurobindo Ghosh. The general public was asked to refrain from the use of foreign goods and motivated to substitute them with the Indian homemade goods. Prominent events like Indian festivals, songs, poetries and paintings were used to propagate this Indian national movement.

Want to Test Your Knowledge of Indian History? We challenge you to take our exclusive GK Quiz!

To convey and propagate the feeling of self-governance into the common man, this Indian National movement was carried out in India as it simultaneously happened in Ireland. Majorly, the below-mentioned leagues pivotally contributed to the group of the Home Rule League Movement using newspapers, posters, pamphlets etc:

The first Satyagraha Movement was led by Mahatma Gandhi in the Champaran District of Bihar in the year 1917. Champaran district had tens of thousands of landless serfs. One of the suppressed Indigo cultivators, Pandit Raj Kumar Shukla persuaded Gandhi to lead this movement. This led to other Satyagraha Movements.

The Non-Cooperation Movement was one of the most famous and crucial phases in the Indian freedom struggle against the Britishers. The major reasons due to which this movement happened are as follows:

The Non-Cooperation Movement was officially launched by the Khilafat Committee in August 1920. Also, the Indian National Congress adopted the movement in December 1920 after their Nagpur session. After which a complete boycott of government goods, schools, colleges, food, clothing etc happened and emphasis was laid on studying at national schools and khadi products were used.

On February 5, 1922, Chauri Chaura incident took place wherein the police station along with 22 policemen inside it was burnt. This led to call-off of this Indian National Movement by Mahatama Gandhi.

One of the most prominent Indian national movements, the Civil Disobedience phase is classified into two stages:

The Civil Disobedience Movement was launched along with the Dandi March by Mahatma Gandhi on 12th March 1930. Ultimately, it ended on April 6 when Gandhi broke the Salt Law at Dandi. Afterwards, the movement was proceeded by C.Raja Gopalachari.

Mass participation of women, peasants and merchants happened and was succeeded by salt satyagraha, no-tex movement and no-rent movement as this Indian national movement spread across the country. Later on, it got withdrawn in March 1931 because of the Gandhi-Irwin Pact.

The failed treaty of the second roundtable conference led to the start of the second Civil Disobedience Movement stretching from December 1931 to April 1934. This lead to varied practices like protests in front of liquor stores, salt satyagraha, forest law violations happened. But the British Government was aware of the upcoming incidents, thus, it imposed martial law with a ban on gatherings outside Gandhi’s Ashrams.

The main reason behind the launch of the Quit India Movement in 1942 as it became one of the powerful Indian National Movements include:

There were several organizations that were made during the Indian National Movements, let’s read about them:

The Indian National Congress was founded on 28 December 1885. It was founded in the premises of Gokuldas Tejpal Sanskrit School at Bombay. Presided by W.C. Banerjee, it was attended by 72 delegates. A.O. Hume played an important role in the foundation of INC.

The Muslim League was founded in 1906 by Agah Khan III and Mohshin Mulk in 1906. It was formed to safeguard the rights of Indian Muslims.

Now that you have read about the Indian National Movements, let’s see how much you learned:

This Quiz will judge your knowledge on Indian National Movement 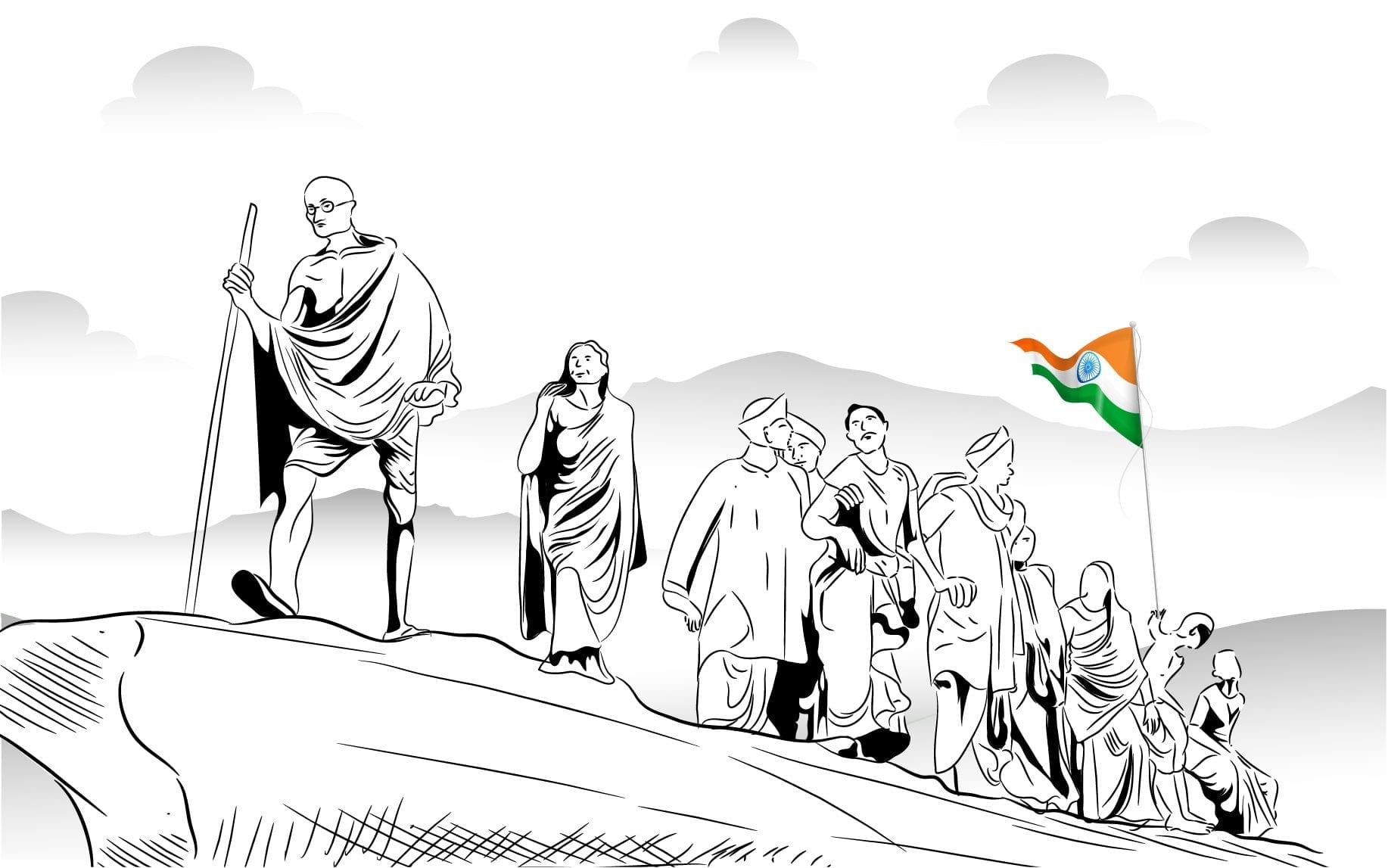 Thus, we hope that this blog about Indian National Movement has equipped you with core intricacies of the topic. If you are preparing for a competitive exam like GMAT, GRE, IELTS, SAT, amongst others, book a free online demo session with Leverage Edu experts and we will help you in creating the right preparation strategy as well as providing you with the essential study materials and final day tips to ace your exam with flying colours!

Read More
EEnglish
50 Difficult Words with Meanings. Really? Is it something that matters in the preparation for competitive exams? Or…

Read More
IIndian Exams
While most Indian students are comfortable with the quantitative section of competitive exams such as CAT, GMAT, GRE,…

Read More
CCompetitive Exams
Exams are a significant part of our education. Besides testing the ability of the student, exams are important…

Read More
BBanking
One of the prominent sectors of the economy, banks play a vital role in our day to day…