Nationalism in India is described as the chronological account of our freedom struggle against the alien rule that is the British rule. It was undoubtedly the biggest mass movement of modern times, which galvanized millions of people of all classes and ideologies into political action and brought the colonial empire to its knees. For those looking for Nationalism in India class 10 notes, we have covered all the highlights here. Read on to know more!

Introduction to Nationalism in India Class 10

In the chapter Nationalism in India class 10, it is described as the feeling when people of a country develop a sense of common belonging and are united in a common thread. Their struggles unite them, and they tend to form a common identity. It covers nationalism in many parts of the world like Germany, France, Britain, Vietnam, India, and many others. Here are the Nationalism in India Class 10 Notes:

We see the growth of the national movement of India from World War 1. Britishers colonized people of India and many other nations like Vietnam, so they had a common enemy which tied them together to fight against British rule in India. During the time of World War 1, India, being the colony of Britain, faced many economic and political problems.

When Gandhi came to India in 1915 from South Africa, people saw him as a messiah who would end their suffering. From 1915 to 1916, on the advice of his political guru, Gopal Krishna Gokhale, he visited many places in India to get the first-hand experience of people’s problems.

According to NCERT 10 class history book, the literal meaning of Satyagraha is= Satya (truth) + Agraha (hold on to truth). Three Satyagrahas launched by Gandhi Ji at the regional level are the following:

After these three Satyagraha at the regional level, Gandhi decided to launch a nationwide satyagraha. Still, as Newton’s third law says, every action has an equal and opposite reaction, the Imperial legislative council passed the Rowlatt act in 1919 which gave Britishers enormous power to suppress political activities and put political prisoners behind bars without any trial for two years. In this response, Gandhiji launched a hartal (strike) on 6 April. It was the beginning of India workers’ national movement went on strike, shops were closed down, railways and telegraph lines were disrupted. As a result, local leaders were picked up, and Gandhiji was barred from entering Delhi. Martial law was imposed in many places in India.

On 13 April, Amritsar people gathered to participate in the Baisakhi festival, unaware of martial law. When General Dyer came to know about this gathering, he fired upon people and killed a large number of them to create fear and feeling of awe. It is marked as the black day in the history of the national movement of India.

As stated in the chapter nationalism in India class 10, Gandhi was always a staunch supporter of non-violence, so after the incident of Jallianwala Bagh, he immediately called off the hartal.

In Nationalism in India Class 10 Notes, it is mentioned that Gandhiji realized that to launch a successful mass movement at the national level, Hindus and Muslims should be brought together. At the Calcutta session of Congress in 1920, He decided to launch the Non-cooperation movement with the Khilafat movement. Khilafat movement was launched by two Muslim brothers- Muhammad Ali and Shaukat Ali. To defend the temporal power of Khalifa in Muslim, the idea of bringing Hindu and Muslims together was one of the biggest milestones in the process of nationalism in India.

Nationalism in India Class 10 Notes ideally described how Gandhiji made people realize that British rule sustained in India for so long because of our political and economic cooperation with them. So he proposed that people boycott foreign goods, clothes, surrender government titles, schools, colleges, law courts, civil services, and council elections. Initially, Congress members were reluctant to boycott council elections, but later in the congress session of 1920, they decided to adopt the Non-Cooperation program.

In the 10 class history NCERT Book, pictures show that people from diverse backgrounds participated in this movement. Thousands of teachers, headmasters, lawyers, and students refused to go to colonial institutions and altogether boycotted it. Foreign goods were boycotted and burnt. Liquor shops were picketed, which led to the dramatic dropping of its import according to the 10 class history book of class 10 social science, Gandhi Ji encouraged people to make their own clothes using Charkha. Charkha is the symbol of self-reliance and traditional Indian handicrafts’ potential.

According to class 10 social science history book Peasants in Awadh, under the guidance of Baba Ramchandra, they participated in the Non-cooperation movement by refusing to pay taxes and do begar.

A crucial milestone discussed in Nationalism in India class 10 is the Civil Disobedience Movement. The key features of the  movement were as follows:

In 1930, to protest against salt manufacturing’s monopoly rights, Gandhiji launched the Dandi march, where he, with his supporters, made salt and blatantly broke the salt law. Gandhiji launched a civil disobedience movement, so a mass level campaign can be executed where people from all backgrounds and class could participate in ending the brutal repression by the British Government. It was a significant movement among other national movements of India.

Currently, we can see that this framework of our society is in danger by some negative elements who want to fragment our nation and divide people into the lines of caste, creed, religion, and class. As responsible citizens, we must preserve our hard-won freedom.

Participants in the Civil Disobedience Movement

Different social groups who resented the colonial policies participated in the civil disobedience movement. Rich peasant communities participated in the movement to fight against the high revenue policies, while the Indian business classes joined the movement as a reaction to colonial restrictions on their business. The poor peasant classes and industrial working classes on the other hand did not participate in large numbers. The large scale participation of women in picketing and protests was a remarkable feature of this movement.

Limits of the Civil Disobedience Movement

The effects of the civil disobedience movement were limited. There were very few instances of participation of dalits in the movement, who instead rallied for political empowerment through greater representation and made the demand for separate electorates. This movement under the leadership of B.R. Ambedkar ultimately resulted in the Poona Pact of 1932, due to the opposition by Gandhi.

On 31st January 1930, Mahatma Gandhi wrote a letter to Viceroy Irwin addressing eleven demands, including abolishing the Salt Tax. Salt is one of the essential food items consumed by the rich and poor, and a tax on it was considered oppressive. This letter was an ultimatum that he would launch a civil disobedience campaign if the demands were not met by March 11.

Popularly known as the ‘Dandi march’, Mahatma Gandhi started the Salt March with 78 volunteers. The Salt March covered more than 240 miles, from Gandhiji’s Sabarmati Ashram to Gujarat’s coastal town of Dandi. The volunteers walked for 24 days, covering about 10 miles a day. Thousands gathered to meet Mahatma Gandhi wherever he halted, and spread awareness about Swaraj and urged people to defy the British rule non-violently. On April 6, they arrived at Dandi and ceremonially violated the law by manufacturing salt by boiling seawater. This marked the beginning of the Civil Disobedience Movement, an important landmark in the growing nationalism in India.

Next in the Nationalism in India Class 10 Notes, The Civil Disobedience Movement grew across the country. Trying to suppress this rebellion, the British arrested Abdul Ghaffar Khan, a disciple of Mahatma Gandhi, in April 1930. Mahatma Gandhi was arrested a month later, instigating people to attack all structures that symbolised British rule.

Witnessing the horrific situation, Gandhiji called off the campaign and entered into a pact with Irwin on 5 March 1931. As one of the proposed conditions of the Gandhi-Irwin Pact, Gandhiji consented to engage in a Round Table Conference in London. However, when the conference broke down, Gandhiji returned to India disappointed and decide to relaunch the Civil Disobedience Movement.

Development of a Sense of Collective Belonging

Developing a sense of collective belonging is a crucial step towards the growth of nationalism. In India, although a part of this sense came from the united struggles against the British rule, different cultural processes also played an important role in shaping the idea of collective belonging. The use of symbols, figures, folklore, history etc. helped in spreading ideas of nationalism within the masses. The images of ‘Bharat Mata’, the designing of flags, the revival of folklore and a reinterpretation of Indian history, while contributing greatly to the spread of nationalism in general, also led to the glorification of a Hindu past , which alienated the people of other communities to some extent.

Class 10 social science has a diverse syllabus, making it hard to focus on the subject alone. Leverage Edu has an extensive range of study material, notes, and online study help for not only Nationalism in India Class 10 Notes but for all the other subject as well. You can also reach out to our experts in case of any career-related query!

If you want to get into your dream course in a high-ranked global university, you’ll need more than just good grades; you’ll also need flawless application because the competition is fierce. You may enlist the assistance of Leverage Edu specialists to assist you with the application process so that you can realize your goals. Call us immediately at 1800 57 2000 for a free 30-minute counselling session.

15,000+ students realised their study abroad dream with us. Take the first step today. Class 10th
Talk to an expert

With exams around the corner, it is always helpful to have notes to refer to. Work, energy, and…

Corruption is a problem that has hampered the growth of our country in not one but many ways.… 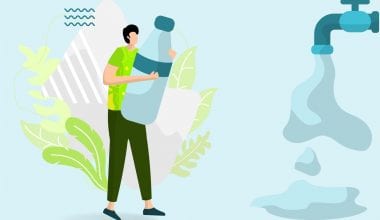 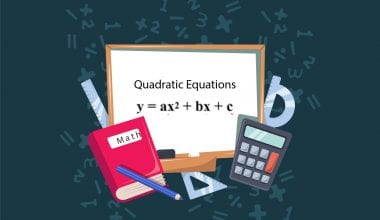 Being a class 10th student, you must have come across different types of equations in Mathematics such as…