ASL or assessment of speaking and listening is a long-time focus of CBSE for classes 9th onwards. Students are given various topics and can choose as per their wish to speak upon within a stipulated time duration. One of the most prominent speech topics is – Poverty. Tackling widespread poverty across the country is one of the most pressing issues for the Indian government. In this blog, we have curated one sample speech on poverty followed by its conditions, facts and measures to understand the deep-rooted problem of poverty in India and around the world.

Good Morning to everyone present here. My name is _________. My topic for the day is Speech on Poverty. It is a great honor for me to take this chance in helping us engage in a conversation about a subject that has been the source of many problems in the world. It is a problem that continues to affect a big part of the world population today. I want us to talk about poverty.

Poverty is a state of scarcity, the lack of material possessions to such an extent that people have difficulties in providing for their basic needs. It touches on many aspects of human life including economic, political, and social elements. The reason why I need us to look into this topic is that poverty has assumed a dynamic character, changing with patterns of consumption, progress in technology, as well as social behaviour.

According to Robert McNamara, a former World Bank president, extreme poverty is limited by illiteracy, malnutrition, disease and high infant mortality rate, squalid conditions of living, and low life expectancy. Previously, people were described as living in absolute poverty if they survived on less than US$ 1 per day. This has been revised over the years and currently starts at less than US$ 1.25 per person per day. Those who live on less than 2 dollars per day are in moderate hardship. Measurement of relative poverty reflects the proportion of a population that earns less than a fixed proportion of median income in an economy. It is a better measure of poorness than an absolute one since it is not under the influence of exchange rates.

To elaborate further on my speech on Poverty. We shall look at the other aspects of poverty and how poverty acts as a major deterrent in face of growth and progress.

A very good morning to the respected audience present here. My name is _________ and today, I am going to deliver a morning speech on Poverty! Poverty is defined as a lack of food, clothing, adequate shelter, medication, education, and other necessities for a higher quality of life in the world. It also ensures that all people have equal human rights. Poverty is a more serious circumstance in which people are forced to starve due to a lack of adequate shelter, clothing, ethical rights, and educational opportunities. Poverty can be caused by a variety of factors in every country. Even though there are various methods to escape poverty, issues arise due to a lack of adequate unity among a country’s citizens in following the answers. Another major reason why the poverty rate is fast increasing with each passing day is because of this.

In any country, the spread of pandemic diseases leads to an increase in poverty rates. This is due to the fact that most poor people are unable to maintain their health and receive adequate medical care in such circumstances. Poverty is a negative circumstance in which people are unable to go to service providers for their requirements, and are more vulnerable to infections and illness as a result of unclean and contaminated food and water, as well as living in unhealthy conditions. It’s the effect that renders people powerless and puts their liberty in jeopardy. This is because a poor individual may become trapped in a vicious cycle of servitude. However, because this is an unavoidable problem, the individual who is trapped in it must live with it. Poverty is a distressing human condition that causes grief, pain, and despair in people’s lives. It’s a lack of money and essentials that prevents people from living luxuriously and sufficiently, having access to all of life’s necessities. This is a negative scenario that may prevent a child from attending school and studying during his or her youth, and it is also the cause of more serious social concerns such as child labour and slavery.

A larger proportion of the population in these countries is illiterate, hungry, and without a house or decent clothing. Poverty is also a major impediment to the country’s economic, social, and political development. Poor individuals do not have the money to meet all of their demands, and they go through life without numerous amenities, such as a two-day meal and safe drinking water. As a result, poor people are driven to take the wrong paths and commit crimes in order to survive. Poverty can be caused by a variety of factors, but for India, it was mostly due to British control, slavery conditions, and soaring epidemic sickness rates. Children from low-income families do not have access to education or the resources necessary for good schooling and medical treatment. Many of them are unaware of the current improvements that those who are substantially more fortunate have.

Now that you’re quite familiar with the Speech on Poverty,
Here is a Speech on Digital India that you must check out!

India comes under the developing world. Despite the growth and development of the Indian economy during the last couple of years, poverty is parallel & increasing in absolute terms. 27% of the population of India comes under the poverty line and the rest that is 75% lives in rural areas.

Rural Areas – Poverty is prevalent amongst Scheduled Castes and Scheduled Tribes in the country’s rural areas. India has 50% of the population as scheduled tribes and the rest are scheduled castes and below. Our country’s poorer parts lie in the states like Bihar, Jharkhand, Orissa, Madhya Pradesh, West Bengal & Uttar Pradesh. There are also shortages of proper sanitation and education as well in these areas.

Urban Areas – The slum population is increasing in the urban parts. They are deprived of many such amenities like low-cost water supply, improper sanitation, bad sewage and drainage system, etc.

As you must have already understood what is poverty with the help of the sample speech on Poverty provided above, let’s try to throw some more light on this issue so that you can draft your excellent speech on poverty!

Poverty in simple means is hunger, lack of shelter, lack of not having access to school, lack of availing medical facilities, and whatnot! We shall now discuss what are its effects on children and women according to UNICEF.

Check out one of our interesting reads: Speech on Make in India

Role of NGOs to Eradicate Poverty

Let’s talk about NGOs. What are NGOs doing in terms of addressing this enduring problem? What right approaches are being applied by the NGOs?

There is a line of approaches like this, NGO’s have developed various strategies to influence the process & control public policymaking.

Also check out Speech on Tourism in India!

What Can We Do?

What measures can we take in order to minimize poverty? How can we eliminate it from our end? We shall:

Also Read: What is Volunteering?

How to Conclude a Speech on Poverty?

Amidst the pandemic, the situation of the economy is getting worse. It is shameful that India still shows one of the highest population growth and has large-scale poverty in India. Poverty arises from the population and ends at a lack of getting basic amenities. It can be defined as a situation where certain sections of people are unable to fulfil their basic needs. It is the duty of the government along with citizens to try their best to alleviate poverty to establish peace, harmony, and balance on our very nature, planet earth.

With this, we come to end with our speech on Poverty. For more such speeches please visit and follow Leverage Edu and you can check out other study blogs as well. Stay connected with us on Facebook, Youtube, Instagram and don’t forget to leave your feedback below.

15,000+ students realised their study abroad dream with us. Take the first step today. English
Talk to an expert

One of the main tasks while learning and speaking English is silent letters. It’s the main hurdle when… 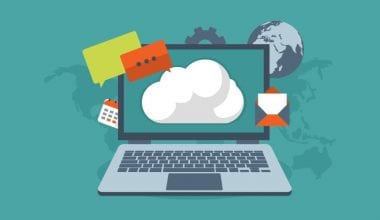 One of the popular subjects taken up by class 11 and 12 students, Information Practices majorly deals with… 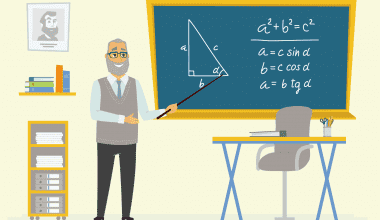 Various concepts of mathematics such as Profit and Loss, Simple Interest, Compound Interest, etc are not only an…