“Democracy is when the Indigent, and not the men of property, are the rulers.” -Aristotle
Throughout the history of human civilization, we have lived through innumerable rulers, various governments and hundreds of wars. The sole thing that remained common throughout the history of politics is that the voice of the common public was never louder than when they held the right to vote. Let’s learn about the form of Government that entitles us to this right, i.e. Democracy, and what are the main features of Democracy.

The word ‘Democracy’ is actually derived from Greek origins and essentially means “rule by the people”. Democracy in the modern world is a form of government where people have the ultimate authority over how the Nation operates.

Direct Democracy is a type of Democracy where people carry out direct discourse among each other on various topics to arrive at a decision based on the majority opinion. Every person put forth their opinion in the form of a vote to carry out or stop any law or related action. This type of democracy only works in small-sized organizations, being practically impossible with the immense population of a Country.

Representative Democracy focuses on the principle of people electing their representatives. One of the salient features of this type of democracy is that the elected representatives serve the nation on the public’s behalf by taking up various positions of responsibility. This form of Democracy is much more viable to be translated into a form of government nationwide.

11 Features of Democracy in India

Apart from the above-mentioned types of Democracy, different countries have developed their own unique forms of government, incorporating additional features to suit their socio-cultural requirements. These may include Two-party system, multiple party systems or indirect methods of representative election. Here are the features of Democracy in points:

So, let’s understand the main features of Democracy in detail:

Lessons to Learn from Political Leaders

Amongst the primary features of Democracy, every Democratic country in the world must hold elections, in one way or another and that too periodically. These elections are the voice of the public, the primary way by which they can control and change the Government as per their wishes. These elections must also have complete Transparency and Impartiality in terms imparting voting rights to each and every adult citizen of the country. Every vote must be valued, and every vote must have one value, i.e. it must carry the same weight in electing representatives. Fulfilling this criterion is paramount for every Democracy, as even today some countries don’t give voting rights to women or people with alternate sexuality. This disqualifies them from being a democracy on the fundamental level and makes the spirit of elections meaningless.

Every nation in the world has minorities, on one basis or the other. It is one of the prominent Features of Democracy to give equal citizenship rights to each and every one of its countrymen. Exclusion or oppression of minorities should be abhorred, and the legal authority of the country should aid them in holding an equal status of life and livelihood in every possible way. Some Democracies around the world also reserve representative positions for minority groups in proportion to their population size while keeping the rest of the positions free for contention.

How to Prepare for UPSC?

Rule within the Constitutional Law

In a Democratic Country, the ruling Government is not paramount. Instead, it is the legislative body that holds the supreme power, as prescribed by the constitution of the Country. As a new government is elected after a fixed period of time, it only has the powers to make decisions and implement them, while making amends in some of the established laws. All such activities can only be done under the supervision of the country’s legislation, which is independent of the ruling government and the posts are held by the people of the country on the basis of their merit and skills.

Freedom of Speech, Expression and Choice

A Democracy which suppresses or withholds the public voice is not valid, violating one of the basic features of Democracy. The voice of the public, even if it is critical to the ruling party, should be allowed to flow freely, letting people formulate their own ideas and expressions, without being in fear of persecution. On the same lines, a citizen of a Democratic country should be able to make independent decisions based on their own discretion, as long as they do not pose a threat to the Laws of the land or any other person. Protesting against what a person feels is wrong should be a legal right, as it is basically the only thing that keeps the ruling parties in check with their actions and policies. Once you eliminate that, you take away all the strength of a group of people thus nullifying the concept of democracy itself.

One of the essential features of Democracy gives the right to the state government to perform independently and implement rules and regulations for the benefit of the public. Article 1 of the Indian Constitution allows states to make few decisions without interference from the central government. In case, a law is passed by a central government then every state has to follow it.

It is the duty and responsibility of the elected government to work in the favor and benefit of the general public. The whole council of the elected party is responsible for all the acts performed under their session, not just a single leader. Democracy allows the decision to be made by the whole council and not any single individual.

Right to Form Association and Union

India is a democratic nation that allows all individuals to form their own associations or unions. Article 19(1) of the Indian constitution provides the right to all Indian citizens “to form associations, or unions or Co-Operative Societies” It is one of the basic rights of every individual and needed to communicate with other members of the community or society.

Same Law for All

Democracy gives equality in society this means equals rights and laws for all. No celebrity, politician, or government body will be treated with special treatment. The law implied on common people of the nation will be implied on celebrities or famous individuals as well. Under every circumstance, the law is the same for all people in India.

No Control on Judiciary

The Judiciary system or courts in India are an autonomous body and not under the control of any government organization or party. The opinions, laws, or acts passed by the judiciary body of India are not influenced by any legislature authority and their independent decision.

Advantages and Disadvantages of a Democratic Government

How to strengthen democracy in India?

Empowering the media coverage, avoid delays in decision making, no biased decisions are some of the ways to strengthen democracy in India.

Democracy in the modern world is a form of government where people have the ultimate authority over how the Nation operates. Different countries have developed their own unique forms of government, incorporating additional features to suit their socio-cultural requirements. These may include a two-party system, multiple-party systems, or indirect methods of representative election.

What is the importance of democracy in India?

It is an effective method to deal with conflicts and improve the decision-making process. It gives power to citizens of India to elect the leader that could benefit the nation and citizens.

These are some of the fundamental features of Democracy. Every Nation struggles with its problems and ailments, but that should never translate into posing a threat to the democratic foundations of that country. Interesting in exploring political systems and studying how governments work? Let our Leverage Edu experts assist you in selecting a suitable course and university combination that can help you delve deeper into the study of Political Science and soar towards a rewarding career in this field! Sign up for an e-meeting with us today!

15,000+ students realised their study abroad dream with us. Take the first step today. Political Science
Talk to an expert 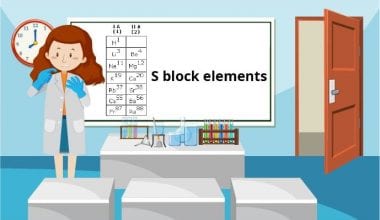 Do you remember learning that some elements show similar properties? How does it happen? The 10th chapter from… 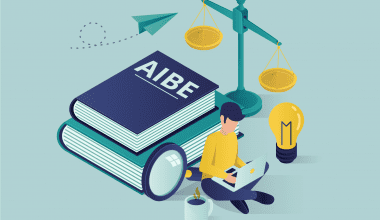 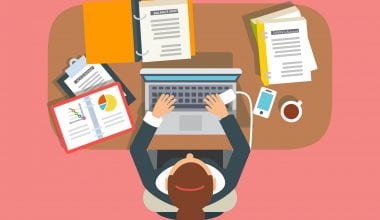 To conquer the title of being a full-time Charted Accountant, the last and the most vital step is…