Renowned for its diverse and vibrant cultural aura, India is a striking blend of the old-world rustic streets and modernized hi-tech metropolises. The country is known for its warm and welcoming hospitality that is rooted in the ancient Sanskrit saying of “Atithi Devo Bhava” which equates the guest to the god. People from around the world come in the search of spirituality in India and fall in love with its lively atmosphere and the exciting adventures on offer. Not only for this, Indians have made their mark in the world in the varied areas of Information Technology, Sports, Music, Films, Literature and much more. From Kalpana Chawla to Sundar Pichai, the country has nurtured many brilliant minds and great personalities that went on to revolutionize the world. Through this blog, we aim to bring a comprehensive list of famous personalities of India that are well-known all over the globe and have glorified the country in a multitude of ways!

Being the first Non-European to win a Nobel Prize in Literature in 1913, Rabindranath Tagore played a vital role in bringing new prose and verse forms as well as popularizing the use of colloquial language in the Bengali Literature. As a poet and writer in the early 20th century, Tagore is amongst the top famous personalities of India and was internationally acclaimed for his poetic and literary works like Gitanjali, Ghaire Bhaire and Gora, which were amongst the likes of W.B. Yeats and Andre Gide. Further, his contribution to the Indian freedom struggle from the colonial rule was visible in the fact that he denounced knighthood awarded to him in protest to the Jallianwala Bagh massacre which took place in 1919. He wrote numerous works in poetry, dramas, essays, fiction and songs in Bengali as well as English and in his final years, got inclined towards visual arts creating over 2,500 paintings.

Check Out: Education of Rabindranath Tagore

Endearing remembered as ‘Bapu’ a.k.a the Father of the Nation, Mohandas Karamchand Gandhi is a renowned name who lead the Indian freedom movement against the British colonizers through his simpler principles of Non-violence and Non-cooperation. With his call of Satyagraha, he transformed the traditional ways that independence wars were carried out and imparted essential teachings on Truth, God and devoting oneself to the community. Being one of the most famous personalities of India, the principles of Gandhi are taught across the globe making him the most treasured and inspirational leader of all the time.

Pioneering the aviation industry in India by creating the country’s first airline, Tata Airlines (called Indian Airlines after nationalization and now Air India), Jehangir Ratanji Dadabhoy Tata guided the destiny of the famed Tata Group for over a century which is now amongst one of the largest industrial empires of India. With his innate strive to nurturing the scientific, technological and artistic endeavours in the country, he founded an array of institutions including, the Tata Institute of Fundamental Research, the National Institute of Advanced Sciences, the Tata Institute of Social Sciences, amongst others. Featuring in our long list of famous personalities of India, J.R.D Tata, who was also associated with the famous Bombay Plan is also referred to as the father of civil aviation as he founded Air India International and also revolutionized the tech industry with the establishment of Tata Motors.

Bringing an emotionally driven yet intellectually stimulating cinema, Satyajit Ray’s mastery in visual storytelling is unmatchable which leads to a colossal number of masterpieces like the internationally acclaimed ‘Apu Trilogy’ and cinematic version of Tagore’s endearing ‘Charulata’. Called as “Manik Da” by his peers, Ray is another pivotal mention in our list of famous personalities of India. Finding his cinematic vision through the Italian Neorealist movement, his first film ‘Pather Panchali’ won 11 international accolades including the Best Human Document award at the Cannes Film Festival organized in 1956. Being a multi-talented personality, Satyajit Ray was not only a famous writer and director but also an illustrator, music composer, calligrapher, film critic, and graphic designer.

Amitabh Bachan is the finest example of how mesmerizing and charming one can be being a septuagenarian. From receiving his first salary of rupees 300 to being the ‘Angry Young Man’ of Indian Cinema, he has etched his name in the hearts of millions of people across continents through his spellbinding acting. Born to the legendary poet Harivansh Rai Bachchan, Amitabh’s actual last name was Srivastava but he predominantly uses the nickname adopted by his father. Being one of the most famous personalities of India, he debuted in Bollywood from the movie ‘Saat Hindustani’. But this was only a minor start to the legendary era of the Shehensha of Bollywood. He also has made a record of giving back to back 4 hit films in a month such as Don, Mukaddar Ka Sikander, Trishul, Kasme Vaade. The legend has received a plethora of national and international awards including the Dadasaheb Phalke Award (2019), Padma Vibhushan (2015), and Padma Shri (1984).

Hailing from Vidhisha, Madhya Pradesh, Kailash Satyarthi pursued Electrical Engineering for his undergraduate degree and it was during his lecturership at a college in Bhopal, when he felt the need to bring social change in the lives of underprivileged students. What began as a book bank initiative for those who can’t afford to buy textbooks turned into an endless list of movements striving to end child labour and slavery not only in India but also around the world. From ‘Bachpan Bachao Andolan’ to ‘Child-Friendly Villages’, his foundation has rescued thousands of children from slavery and trafficking. In our blog on famous personalities of India, Kailash Satyarthi’s incredible humanitarian efforts towards ensuring child education, as well as the elimination of child labour, needed a crucial mention for which he was also awarded the Nobel Peace Prize in 2014.

Known as one of the transformative leaders on the planet, Satya Nadela was brought up in the City of Pearls, Hyderabad which has nurtured this gem who went on to make the nation proud by becoming the first Indian CEO of Microsoft. Having pursued an MBA from The University of Chicago, he is counted amongst the most inspirational and famous personalities of India. Taking the role of CEO, his initial crucial task was to superintend the completion of the whopping $7.2 billion acquisition of Nokia Corp’s mobile venture by Microsoft. Further, he went on to conduct the biggest layoff in the company’s history as 18,000 positions were terminated. Another major acquisition that Nadella oversaw was that of LinkedIn, a famed website for business-oriented social networking.

Experiencing soothing music feels like a lifetime bliss. Whenever we talk about the enchanting music and famous composers/singers, A.R. Rahman comes to our mind. Allah Rakha Rahman, the legendary music composer has an inspiring story from rising to rags to riches, as he dropped out of school but later went to Trinity College to polish his skills of music. Talent in Rahman started springing at an early age. Coming from south India, his kiths and kins in his home town call him ‘The Mozart of Madras’. His soulful music has crossed over the boundaries of India and is equally cherished across continents. As a tribute to his marvellous works, he also has a road named after him in Ontario, Canada (2013). Roja (1992) marks the debut of A.R Rahman in the Bollywood’s music industry. But the thrill had just begun back then, there are a number of beautifully composed songs in national and international films like Slumdog Millionaire, Lagan, 172 Hours, Inside Man, etc. The melodious saga of the legend, who has also bagged Oscar, still continues to please the masses.

Colloquially called Master Blaster, Sachin Tendulkar needs a much-deserving mention in the famous personalities of India in the field of cricket. Commencing his journey as a cricketer at the age of 11, he marked his first-class debut at 15 and is hailed as the ‘god of cricket’ in a country full of cricket worshippers. Though summing up his cricket endeavours is a lengthy task, he broke many records becoming the only player to set the benchmark of 30,000 runs in international cricket, scoring 100 internationals centuries and even achieving a double century in limited-overs cricket!

Breaking away from the traditional notions of boxing being a male sport, MC Mary Kom’s scintillating milestones in the arena of women boxing made her one of the well-known and famous personalities of India. Hailing from a little village of rural Manipur, Mangte Chungneijang a.k.a. Mary Kom was brought up in humble surroundings by her parents who were tenant farmers. Always finding an inclination towards athletics, Mary Kom grew passionate towards boxing and went on to become India’s first woman boxer to win a medal in Olympics and is also the only woman who has won six world boxing championship gold medals!

Hence, we attempted to present you with an elaborated list of famous personalities of India whose lives are filled with inspirational lessons and milestones that can enlighten you with the desire to keep chasing your life goals with a never-giving up attitude. We, at Leverage Edu, also believe in becoming every aspirant’s guiding light by providing the required assistance in helping you choose the right career path. So, don’t wait up, sign up for a 30-minute free career counselling session with our experts and let us guide you towards the dream career you are meant to pursue!

15,000+ students realised their study abroad dream with us. Take the first step today. Leverage Beyond
Talk to an expert 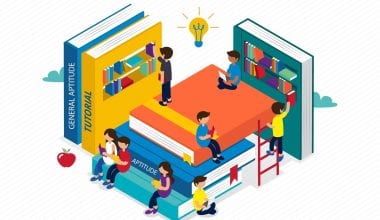 Ivy league universities are no less than a holy grail to those who aspire to seek overseas education.… 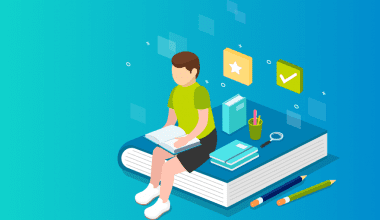 What is Value Education? Value-based education lays emphasis on the personality development of individuals in order to shape…