Speech on Importance of Social Media

Students are often asked to prepare speeches as part of ASL or Assessment of Speaking and Learning under the evaluation of CBSE. The speech they are asked to prepare can be short or long. Here in this blog, we give you a preview of a speech on importance of social media, so that you can prepare better for your evaluation!

Must Read: India of My Dreams Speech for ASL

Good morning respected teachers and my dear friends. Today I am going to present before you a speech on importance of social media. Let us begin with understanding the very basics. We all know that the plural of medium is media, which refers to the contact networks we disseminate. The media is a term that refers to the networks of connections through which we transmit material such as news, music, films, education, advertising communications, and other types of information. These are often included in physical and online journals and magazines, tv, radio, publicity, cellphone, the internet, fax, and billboards. The media explain the various ways we communicate in culture. As all means of communication are used, the media can cover anything from a telephone call to network coverage.

Traditional radio may no longer be important, but we have discovered a modern counterpart in the form of podcasts, which are on-demand audio content series that you can listen to anytime, whenever, and wherever you choose.

Any multimedia medium that helps users easily build and post content with the public is social media. The word “social media” refers to a multitude of websites and applications. Twitter, for example, focuses on exchanging connections and brief written posts. Others, such as Instagram and TikTok, are designed to make picture and video sharing simpler.

Television, movies, advertising films, advertisements, and video-sharing services are examples of video and film-based content. Visual content is the most relevant medium of the twenty-first century because it is entertaining, emotional, informative, and empathic.

Books, journals, websites, websites, and academic papers are examples of publications. While the importance of printed media has waned over time, they continue to be valuable for transmitting critical government messages.

Email and text applications are examples of conventional mail and modern messaging tools. For casual conversations, messaging apps like Whatsapp, Telegram, or Signal are common, although emails remain the traditional means of communication for formal discussions.

A digital community, also known as an online community or web community, is a group of people who connect mainly over the Internet. Members in a culture typically have a lot of things in common. Many people consider online groups to be their second home, with a “family of unseen relatives.”

The most diverse types of media-based entertainment are digital gaming and immersive worlds. Gaming is at an all-time peak in 2021, and it will continue to climb as technology progresses and increasingly complex and immersive environments become possible. This momentum, according to experts, will propel gaming into becoming a primary marketing outlet for brands and agencies in the next five years and beyond.

The term “applications” refers to all software that people use, like smartphone apps. Apps  are not only a type of media in the same sense as consumer apps and games have always been, but they are rapidly displacing other types of media such as television, books, and music for consumers’ time and energy.

Signs, banners, multimedia ads, t-shirts, and food packaging are examples of graphics that can be called media. Take for example, you’re driving down the highway and come across a billboard promoting a specific brand’s goods. This will finally be used to connect with consumers and share the offer.

For speaking to large crowds of individuals, visual aids such as charts, slides, and video are often used. Public speaking is no longer just about a microphone and a speaker; it now incorporates a vital part known as presentation, which has proven to be a gamechanger.

Must Read: Figures of Speech

Art on show in public places and theatrical shows can also be called media because they express a message. It is now fashionable to use this medium to draw people’s attention to social problems.

The Importance of Social Media in our Life

Helps us stay in the presence

Various media keep us informed of what is going on in the country and across the world. This knowledge allows us to stay in contact with reality and consider what is going on around us, as well as what is going on with others. We shape our own opinions about various topics and ideas by evaluating the knowledge we get. Since we stick to those opinions and step on from others, this behavioural practise reinforces our personalities. What counts is that our views and beliefs mature in a peaceful way, with reverence for those who hold differing viewpoints.

The media produces material depending on what they want to say to the viewer or what the audience needs to see. The success of such cultural material, such as a tv programme, is dependent on how long it lasts. That ensures that if a dance talent show is a success and makes a lot of money, it will be followed by a slew of other series. As a result, more people will choose to be a part of these projects, and they will serve as an inspiration to those who want to be famous. In this way, a new fact has emerged: participating in a televised talent contest is the fastest way to instant celebrity.

It would be unfair if I did not include that the media is a critical thinking source in my speech on importance of social media. The media plays a vital role in education because it helps adolescents and youth improve critical thinking skills. Tv and the internet provide us with a multitude of choices from which to choose. It’s worth noting that communication methods tend to set borrowed habits. They persuade each person to choose one choice over another. That is why teachers and parents need to help children and teens develop a positive personality. This allows them to make decisions based on their own beliefs.

The media, with its immense influence, takes knowledge to a wide range of topics. This helps to introduce children and teens to a variety of learning sources and to pique their interest in what they want to read. Teachers should advise students on how to correctly interpret the sources from which they receive results. This would allow them to distinguish between the types of data they collect, which may be fine, normal, or bad. Bear in mind that whatever piques a child’s attention today might become a source of career motivation in the future. Analyze the origins from which they collect results.

The right to know the truth

Democracy is, by far, the most equitable form of government currently in use. It enables voters to elect their rulers and then exert power over their acts as elected officials. In this phase, the media plays a vital role. Journalists must try to convey the facts of leaders’ lives and present them as they are. Any person should judge lawmakers in this way. Each person will vote for the person that he or she believes is the most trustworthy and competent, based on their standards. Unfortunately, different interests will emerge during this period, preventing us from seeing the politician for who he or she is. According to their convenience, the media can exploit a politician’s portrait.Therefore, each citizen must strengthen his or her own criteria so that he or she can make better choices.

Media determines our place in the world

The media has a huge impact on culture. They keep the public informed on what is going on. It pervades people’s lives by instilling in them their own set of criteria and viewpoints. The media drives the masses in this direction, resulting in numerous social revolutions. Each part of society, in essence, forecasts the possible changes that will occur. The media plays a critical role in highlighting various social issues, allowing for the development of various remedies, as well as reacting to those who fail to perform their duties. Authorities in various areas of government are therefore judged based on their results.

Without question, the media is there with the public during all of the shifts that exist. People’s ways of getting information have evolved, with some favouring some newspapers and some ignoring them. The popularisation of the use of social media is one of the most significant developments that has occurred in the media. People, among other things, engage with other people, form views, and generate patterns.

The media is an integral part of our lives and has a major impact on our culture. Because of the high level of accessibility that occurs around the world, the relevance of media is increasing by the day. As a result, it is critical that each of us become mindful of the media’s influence. With this, I come to the end of my speech on importance of social media. Thank you!

Explore: How to Write a Speech on Discipline?

This was our blog on speech on importance of social media. We hope it helps you prepare for any future speeches you have to present. For more such interesting blogs, keep following us at Leverage Edu. You can also follow us on Facebook, Instagram and LinkedIn. 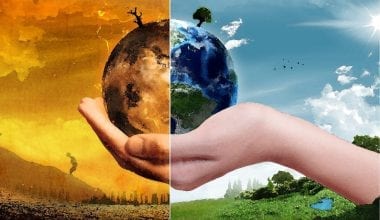 Being able to write an essay is an integral part of mastering any language. Essays form an integral…

Essay on My Aim in Life

Writing an essay is like searching for your inner self. Have you ever wondered why professors or your…

Corruption is a problem that has hampered the growth of our country is not one but many ways.…

Essay on Importance of Internet

Internet is not just a need or luxury, it has become a household necessity. Internet connects you with…