It is always intriguing to know that mankind has been on earth for millions and millions of years now. Our blue planet is also itself is around 4.54 billion years old. Having said that, some of its resources like coal, petroleum, and natural gas are formed after millions of years of a natural process, which is further extracted from the earth by mankind for our personal usage and application. In this blog, we will be talking and learning about Coal and Petroleum Class 8 Notes and important questions and answers related to the NCERT class 8 chapter.

NCERT Chapter on Coal and Petroleum for Class 8 Download

Let us take this blog on Coal and Petroleum class 8 notes one step further by understanding the different types of natural resources that we have mentioned above. According to the chapter of Coal and Petroleum Class 8 Science, inexhaustible natural resources are those that are abundant in nature and will not be exhausted even after extensive use. Sunlight, water, wind, and other natural phenomena are examples. On the other hand, exhaustible natural resources are those that are found in small amounts in nature and would be exhausted if used continuously. Forests, coal, natural gas, and other resources are examples.

What are Fossil Fuels

Now it is time to understand some of the different types of exhaustible natural resources which are collectively known as fossil fuels. As per the chapter of Coal and Petroleum class 8, coal, petroleum, and other non-renewable natural resources are made from the dead remains of living organisms. Fossil fuels are the name for these types of energy that mankind uses. The different types of fossil fuels are as follows:

There were trees and dense forests on the planet 300 million years ago. These trees were buried in the soil as a result of natural disasters such as floods. Over time, layers of soil were deposited on top of them, compressing them. They were converted to coal, which is hard like stone substance that is black in colour due to the high pressure and temperature over this buried forest. Since ancient times, coal has been used as a heat source to cook food, to create steam to run trains and other engines, and in thermal power plants to generate electricity, among other things.

The By-Products of Coal

Some of the products that are obtained through or from coal are mentioned below in the table.

After understanding in detail what is coal, the princess of carbonisation and knowing about the different by-products of coal and its application, let us take our roller coaster ride of this blog on coal and petroleum class 8 notes to our next stop which is petroleum. Do you know that in the past, the oceans were home to a wide variety of species? When these species died, their corpses settled at the bottom of the sea, gradually being covered by layers of sand and clay. The absence of air, temperature, and pressure transformed them into petroleum after millions and millions of years. Petroleum is a foul-smelling dark oily liquid. Petroleum gas, petrol, gasoline, lubricating oil, paraffin wax, and other constituents are all derived from petroleum.

In a petroleum refinery, the method of extracting the different constituents of petroleum is called refining. The process of the refining of petroleum can be explained via the help of the following picture or diagram shown below.

Petroleum Conservation Research Association suggests several fuel-saving initiatives and some of them are listed below:

In our blog on Coal and Petroleum class 8 notes, we will also be telling you the different components or by-products of petroleum along with its uses.

In this blog on Coal and Petroleum class 8 notes, our last destination in the list of exhaustible natural resources is of natural gas. Natural gas is another important fossil fuel that can be easily transported via pipes as it is available in the form of gas.  Natural gas can be found in the parts of Tripura, Rajasthan, Maharashtra, and the Krishna Godavari delta in our region.

CNG refers to natural gas that has been processed under high pressure. It pollutes the atmosphere less. Furthermore, since it is easily transported via pipes, it can be used directly in homes and factories for burning and other purposes. Some of the uses and applications of the CNG is listed down below:

How to Preserve Limited Natural Resources?

Natural Resources are exhaustible in nature and some resources like fossil fuels take millions of years to form. Thus, there is a growing need to preserve these natural resources for future generations. It is important to understand the value and reduce the burning of fossil fuels which is also a major cause of air pollution to protect our future as well as the environment. Here are some tips on how we can preserve natural resources on a daily basis by the Petroleum Conservation Research Association (PCRA) –

Q. What are the advantages of using CNG and LPG as fuels?

Ans. The advantages of using CNG and LPG as fuels are they burn with a smokeless flame and cause less pollution. Another advantage of CNG and LPG is that they do not leave ash on burning and lastly, these fuels are easy to handle and convenient to store.

Ans. Bitumen is the petroleum product used for surfacing roads.

Q. Describe how coal is formed from dead vegetation. What is this process called?

Ans. Coke is defined as a tough, porous and black substance. As the purest form of carbon, coke is used in many ways. The most popular use of coke is the manufacturing steel and extraction of other essential metals.

Q. What are the various constituents of petroleum and their uses?

Ans. The different constituents of petroleum are petroleum gas in liquid form, petrol, kerosene fuel, diesel fuel. lubricating oil, paraffin wax and bitumen. Each is a valued product and used for different activities such as-
Petroleum in liquid form is used as fuel for houses and industries
Petrol is used as motor fuel, aviation fuel and solvent for dry cleaning
Kerosene is a popular constituent used as fuel for stoves, lamps and for jet aircrafts
Diesel is used for running heavy motor vehicles and electric generators
Lubricating oil is used as lubrication
Paraffin wax is in ointments, candles and vaseline
Bitumen is used for Paints and road surfacing

Q. Explain the process of formation of petroleum.

Ans. Petroleum is a natural resource and was formed from organisms present in the sea. The bodies of these organisms set at the bottom of the sea bed and got covered by thick layers of sand and clay over millions of years. The high temperature and high pressure on the dead organisms led to the formation of petroleum and natural gas.  Petroleum is a fuel defined as dark in colour and oily in texture, the fuel contains various constituents and the process of extracting these is called refining.

Ans. Fossil fuels are invaluable and exhaustive in nature because it took them millions of years to form. These are limited in nature and cannot be replaced. Natural resources like Coal, Petroleum, Natural Gas are all formed over the span of millions of years but extreme high temperatures and pressure.

Q. Fill in the blanks.

Petroleum is also called Black Gold because when it is drilled from the ground in liquid form it is black in colour and it is called gold because of the impressive economic value the fuel possesses. Petroleum is expensive and thus, priced as much as gold. Thus, it is referred to as Black Gold.

Coal is a fossil fuel and is a hard stone-like substance that is black in colour due to the high pressure and temperature it was buried under. Coal is used as a heat source to cook food, to create steam to run trains and other engines, and in thermal power plants to generate electricity, among other things.

What is the real source of energy for coal?

So this was the end of our blog on coal and petroleum class 8 notes. We hope that the blog must have proved to be helpful to make you understand this chapter even more and better. For more such amazing and helpful reads, stay tuned with Leverage Edu. 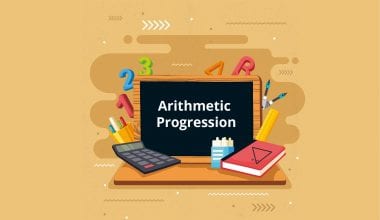 The concept of progression series is introduced in class 10 Maths Arithmetic Progression (AP) chapter. Being one of…

Agriculture is the 4th chapter in the Geography NCERT book for class 8. This chapter deals with agriculture,… 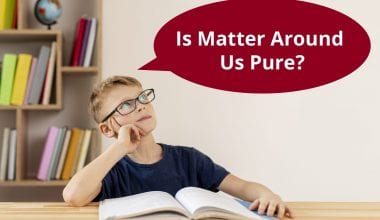 Is Matter Around Us Pure Class 9 Notes

What if we told you the milk you are drinking is not pure? Maybe you do not want…

A Bachelor of Science Honours degree, usually referred to as BSc Honours or BSc Hons, is a degree…