With the advent of social media, people now have a platform to represent their skills to a larger audience. Gone are the days when writings were limited to a few book readers and an elite class of readers. Today, the internet has made both poetry readers and writers connect over a phone screen. The photo and video-sharing social networking service, Instagram, has provided a platform for netizens to put their poems out and widen their audience base. On the occasion of Poet’s Day, we celebrate the most influential poets on Instagram you must check out.

“I don’t think all writers are sad, she said. I think it’s the other way around- all sad people write.”- Lang Leav

Born in a refugee camp in Cambodia, Lang Leav’s family later moved to Australia. She attended the College of Fine Arts in Sydney. She started posting her poetry on Tumblr in 2012 and became hugely popular. The major themes include love, heartache, grief, etc. She was greatly inspired by Emily Dickson. In 2013 she self-published her first collection of poetry and prose titled Love and Misadventure. This book sold 150,000 copies and was ranked top on Amazon. The booming success of this poet is largely due to the Instagram poetry she started with and thus, deserved a mention in the list. Her poetry collection “Lullabies’ also won the Goodreads Choice Award in the category of Best Poetry. The list of her bestselling collections is mentioned below.

Check out the Top Poetry Books for Literature Students

“Mantra for anxiety: This is not you. This is something moving through you. It can leave out of the same door it came in.” ― Cleo Wade

Titled as ‘the Millennial Oprah,” Cleo Wade grew up in New Orleans and fell in love with writing at a very young age. Her love for poetry and her deep interest in activism gained popularity and recognition through Instagram. She has been a famous face in several magazines and publications like Harper’s Bazaar, Elle, People magazine, The New York Times, Vogue. In 2017, Wade delivered a TED talk entitled “Want to change the world? Start by being brave enough to care”.  From Billboards to Gucci advertisements to Nike sneakers, her words have flowed across the world.

She is also an artist and has installed several art pieces.

“How you love yourself is how you teach others to love you” ― Rupi Kaur, Milk, and Honey

Our list of writers on poet’s day is absolutely incomplete without the mention of the most infamous Instagram poet, Rupi Kaur.  She is an Indian-born Canadian poet, illustrator and photographer have equally received fame and love from fans as well as criticism through parody and harassment from trolls. She has been accused of plagiarism and her poetry has been labeled as not real literature.

Nevertheless, her three collections of poetry were huge commercial successes. Her posts that include short poetry and line drawings are widely shared among netizens. In 2017, BBC and Vogue listed Kaur in their lists of women of the year. Quill & Quire chose The Sun and Her Flowers for their annual list of the best books. She was included on Forbes and Elle’s complementary lists of emerging artists and also had a live performance in 2021. (Rupi Kaur Live) The New Republic controversially called her the “Writer of the Decade.”

“History shows Punjab has always taken on tyrants. Modi is no different”. The Washington Post. 16 December 2020.

Improve your writing skills, check out the many Poetic Devices

“We are made of all those who have built and broken us.” ― Atticus Poetry, Love Her Wild

Poet’s day might be incomplete without mentioning one of the famous poets on Instagram, Duncan Penn. Famous by the name Atticus, he is a Canadian poet and is famous not only among poetry lovers but even among renowned celebrities. Atticus began sharing poetry online in 2013. His subsequent fame made his books instant New York Times bestsellers. He has used his poetry and international reach to support various NGOs as well. He works with the nonprofit To Write Love On Her Arms in support of mental health services and awareness. Atticus partnered with UNICEF on World Poetry Day for the ‘Poems for Peace’ initiative. In 2016. He was named the #1 Poet To Follow by Teen Vogue.

Check out the Greatest Novels by Mary Shelley

“Oh what we could be if we stopped carrying the remains of who we were.” ― Tyler Knott Gregson

Tyler is an infamous poet, best-selling author, and professional photographer from Helena, Montana. Since 2009, Tyler has been very consistent with her poems on social media including Instagram, Tumblr, and Twitter. His accrued fame has been due to the infamous ‘Typewriter Series.’ The series became such a success that it was compiled into ‘Chasers of the Light’ in 2014. It sold 120,000 copies and became the top 10 bestsellers of non-fiction within its second week of publication, according to the Wall Street Journal. He has used his writing for noble causes. Gregson donated $2 of the sales for every pre-ordered book of Chasers of the Light to the TWLOHA suicide prevention organization.

“And you say you are broken, but broken mirrors like you create the most beautiful patterns of light.” ― Nikita Gill

Another unique writer whose work can be read on poets’ day is Nikita Gill. She is an Indian poet and writer who had her first publication while she was just 12 years old. She studied Design in New Delhi, and later, went to England to complete a master’s degree at the University for the Creative Arts. Her work was recognized among the masses because of her social media presence and posts. Hugely inspired by Sylvia Plath, Dr. Maya Angelou, and Robert Frost, her work offers reflections on love and feminist retellings of fairytales and Greek myths. She is an ambassador for National Poetry Day. She wrote and performed her debut work for the stage, Maidens, Myths, and Monsters. Gill regularly appears on the BBC, contributing to Woman’s Hour on Radio Four, Free Thinking on Radio Three, and BBC Asian Network.

“When you’re taught to see the world through fire, nothing looks safe.” ― Amanda Lovelace, The Princess Saves Herself in This One

This Poet’s day, let’s look at the work of another self-published poet-writer, Amanda Lovelace. She completed her education at Kean University. She self-published her first work, the princess saves herself in this one, with CreateSpace in 2016. However, it became a major hit and caught the attention of the American publisher Andrews McCeel, who published her subsequent works as well. She has won Goodreads Choice Awards for two of her poetries. This best-selling American poet largely owes her fame and popularity to Tumblr and Instagram. Amanda has rejected the title of ‘instapoet’ and sees it as a way to set them apart from ‘real poets.’

Women Are Some Kind of Magic

You Are Your Own Fairy Tale

“I don’t pay attention to the world ending. It has ended for me many times and began again in the morning.” ― Nayyirah Waheed, Salt

Exploring themes like race, identity, love, Nayyirah Waheed is regarded as the most famous poet on Instagram whose work deserves to be read on poets day. Posts about her poetry are widely shared on the platform. Being minimalistic and extremely touching, her writing style has been appreciated by the audience across the globe. Inspired by the writings and use of imagery by Sonia Sanchez and  Maya Angelou, her poetry also challenges, breaks, and asks readers to reevaluate themselves. Popularly quoted by celebrities, her work has also been highlighted in magazines like Vibe, Essence, W Magazine, Teen Vogue, The Guardian, and the New York Daily News.

All these Instagram poets have expanded their careers from just Instagram posts, venturing into the field of writing books, activism, etc. This poet’s day, make sure to check their work and gain inspiration! If you’re a budding writer or poet who wants some career advice then our Leverage Edu experts are just a call or text away. Take a step closer to your dreams now!

15,000+ students realised their study abroad dream with us. Take the first step today. Writing
Talk to an expert 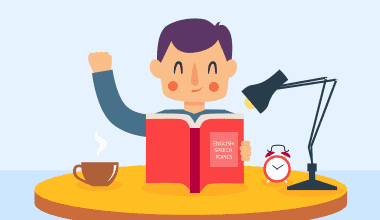 Writing a exciting and thoughtful speech requires one to select a good topic, research it thoroughly and formation… 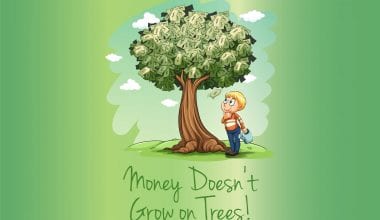 What is an idiom? An idiom is an expression or phrase whose meaning does not relate to the… 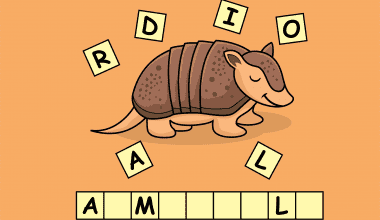 When you are learning a new language and specifically English language, then it is important to remember that…