Every year, thousands of students aspire to get admission abroad and thus, sit for the most popular language test, TOEFL. Owing to the mass popularity of the test in our country, there are many myths and rumours developed around the test. As the test already increases the anxiety of the students wanting to pursue a career abroad, these myths prove to be an additional stress stimulator. So, we decided to debunk some of the most common myths about TOEFL exam.

What is the TOEFL Exam?

Test of English as a Foreign Language (TOEFL) is a standardised English language test given by non-native English speakers to measure their proficiency in the language. This is a crucial test for speakers enrolling in English speaking universities. The test is accepted by more than 11,000 universities and other institutions in over 150 countries. There are no official eligibility criteria to take the TOEFL exam.

TOEFL is a trademark of the Educational Testing Service (ETS), a private non-profit organization, which designs and administers the tests. It is mostly an internet-based test. The test scale ranges from 0 to 120. It is divided into four equal sections: Reading, Listening, Speaking, and Writing. The test scores are valid for two years.

Everything You Need to Know About TOEFL!

Myths About the TOEFL Exam

Here are the 10 most common myths about TOEFL exam. Let’s debunk them and check the facts about the TOELF Test.

TOEFL is Easier in Some Countries

Many of the students pursuing the TOEFL test hold a misconception that the test in some countries has easier content or marking than others. Many even travel to give their TOEFL exam.

FACT: This is simply untrue. TOEFL is a standardized test which means the content of the paper is the same irrespective of the place you take the exam in. Even in terms of checking, a standard and fixed method are followed. All the responses are sent to New Jersey. It is then sent to graders across the globe. Thus, there is no significant basis to the popular notion that other countries have it easier.

The Toefl Exam Can be Taken Only Once

Many students get anxious about scoring the best score in their TOEFL exam, fuelled by the myth that this is their only chance of getting a good score, a required key to their future college.

Fact: It is significant to note that there is no limit on how many times one can take the TOEFL exam. An individual can retake the exam in case they failed or want to improve their score. It should be kept in mind that it just cannot be taken in three days. Thus, it’s not the end of the world, the scope of improvement is always available.

In the Speaking Section, One Should Speak in an Accent to Score Good Points.

Non-native English speakers often believe that the native speakers would have it easier as it is their day to day language of communication. Moreover, their accent scores them better points in the speaking test. They often believe that they have to speak in the accent of the country they wish to apply to or in an American accent to score well.

Fact: Although it might seem that native speakers have an added benefit, however, the test is precisely made for overall comprehension and application of the language in an academic context which makes it challenging for everyone. It is thus futile to hold any such comparisons. Moreover, there are no points for the accent. The clarity of the responses and proper communication of the idea can only gain you points.

Check out the TOEFL Preparation Tips

While Speaking, if One Makes a Mistake, They Should Not Correct it.

Another one common among the myths about TOEFL exam is we can’t correct our mistakes while speaking. One of the major reasons why one finds the speaking section the most nerve-wracking is because of the inability to correct one’s mistakes. Unlike writing, one can’t proofread and correct the mistakes without leaving an impression. Often applicants feel that even though incorrect grammatical mistakes cost them a good amount of points, they can not correct themselves while speaking.

Fact: It needs to be kept in mind that making mistakes while speaking is quite organic even to the native speakers. We might sometimes use the wrong tense or make other grammatical errors in our normal conversations, worsened during stressful situations. The test is designed keeping in mind these natural human tendencies. Thus, correcting oneself while speaking is fine. Sometimes, going forward with a small grammatical error might cause some confusion and the listener might lose track of what one is trying to communicate. This becomes a greater problem. So, If one has realised one’s mistake while speaking it is better to use the phrase ‘I mean’ and make the necessary correction. This will only yield better results.

Transitions are Unnecessary in Written and Spoken English.

People preparing for TOEFL often believe that transition words or phrases are irrelevant to writing or speaking abilities.

Fact: To properly organise the idea or convey the expression of the idea with accuracy, transition words or phrases must be used. To present contrasting scenarios, present examples, give structure to whatever one is speaking or writing or to make it more cohesive, these words are magical helpers. Words like however, moreover, likewise, in conclusion, etc, can make you assemble and present your thoughts better. For listeners as well, this makes the comprehension of the ideas easier and better.

One Should Speak as Fast as Possible.

This is another one common among the myths about TOEFL exam. Proficiency and fluency in speaking a language often get ambiguously attached to how fast one speaks. This makes several people think that to score better in the speaking section, they have to speak fast. Thus, in an attempt to imitate a native speaker, speakers often try to speak as quickly as possible.

Fact: Speaking fast is very wrongly associated with proving one’s expertise in the language. While giving the TOEFL test, this might prove to do more harm than good. Firstly, a person is not graded based on the pace of their speech. Also, speaking at a comfortable pace ensures better delivery of ideas and thoughts. Trying to go unreasonable fast while speaking might increase stress, increasing one’s propensity to make more errors. Also, it will create difficulties for the listener in understanding. Giving well-thought responses while taking pauses and with clear pronunciation is a great tactic to follow during the speaking test.

For the Reading Section, One Should have Academic Knowledge of all the Subjects.

To perform well in the reading section, one has to have some prior knowledge of the subject. Applicants often believe having all the academic knowledge about the subject is a prerequisite for scoring decently.

Fact: It is not possible to study all the topics as any subject can be given in the reading and comprehension section. Having some knowledge about the topic is always a plus point but if the individual is not aware of the topic, the questions are asked solely based on the passage. Thus the section aims to check how well one can comprehend and imply from a piece of text. Accurate interpretation of the text is enough to answer the questions correctly.

One Should Exceed the Word Limit in the Writing Section to Score Better.

Fact: Going a few words over the word limit is accepted if the idea gets justifiably communicated. However, long essays cannot guarantee better points. Writing long essays just to fill pages does no good as the quality of the text is the ultimate decision-maker. Also, writing too long can be more time consuming and thus, not feasible for the candidate. The examiner might even lose interest while correcting such answers.

One Can Never Achieve Their Goal Score.

This is the most bizarre among the myths about TOEFL exam. People often believe that TOEFL is an extremely difficult test and it is next to impossible to score well, especially if you’re a non-native speaker. Thus, only expert skills can render good results.

Fact: Such myths add nothing but apprehensions in the minds of the TOEFL aspirants and might even demotivate and dishearten individuals from taking or preparing well for the exam. Some often give up too easily.

The difficulty level of the test is highly subjective. Someone who has an understanding of the language and prepares with diligence for the test might not fall into the trap of believing in these popular perceptions. With sufficient practice for the paper and the right guidance, one can easily ace the test.

Here is a preparation plan on How to Crack TOEFL in 3 Months!

An Average Score Can Ruin One’s Chance to Get a Good College Outside India.

Colleges especially outside the country only and purely rely on TOEFL scores. Thus, a low TOEFL score directly means no chance of a good college and one ultimately has to give up one’s dream to be an international student.

Fact: The TOEFL is not one and for all. Despite the score being crucial for admissions in several colleges, there are still many colleges across the globe that look beyond just the TOEFL score. Even in the case of admission, proficiency in the English language is just a part of it, a holistic overview of one’s performance in academics, experience, extracurriculars as well as personality counts.

Hope you are now familiar with the many myths about the TOEFL exam and its facts. If you are planning to give English proficiency tests then the experts at Leverage Edu can guide you throughout the process and help you master every section. 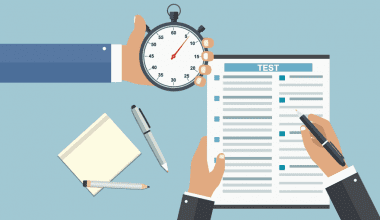 GMAT 2022 – A Complete Study Guide to know GMAT Inside Out

Success comes to those who have patience and perseverance. There is no shortcut to achieving your goals, but… 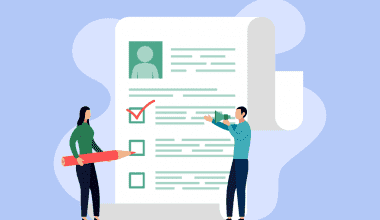 All You Need to Know About TOEFL Exam 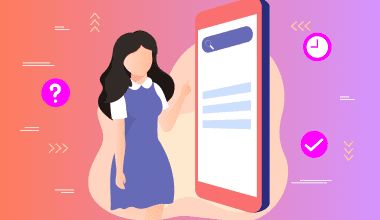 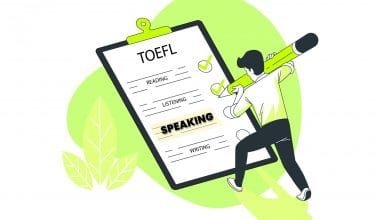 Whenever a student decides to study abroad, there are a lot of things they need to keep in…