Globally conducted by the Graduate Management Aptitude Council (GMAC), GMAT (Graduate Management Aptitude Test) is a renowned entrance examination for those aspiring to attain a management degree like MBA, MIM etc from an international institution. The GMAT paper pattern is meticulously designed to evaluate applicants on different parameters like Verbal Reasoning, Quantitative Reasoning, Analytical Writing Section and Integrated Reasoning. Many students struggle to qualify the exam especially its verbal reasoning section which wholly focus on testing their proficiency in the English language. If you are planning to appear for the GMAT exam and get a good score, this blog aims to provide the format, examples and tips and tricks to solve critical reasoning questions.

Comprising of a total of 36 questions, verbal reasoning encompasses the maximum duration of 65 minutes. Majorly the questions in this section fall under three types such as Critical Reasoning, Sentence Correction and Reading Comprehension. The aspirants preparing for GMAT find the latter two comparatively easy to understand and score as they only focus on grammatical errors as well as reading skills. Further, critical reasoning questions are often a combination of comprehension passages as well as trick arguments and statements that one might get confused while solving. The following section elaborates further in detail about how you can effectively simply these type of questions.

The following are the concepts included in critical reasoning questions:

The following are the types of questions asked in the critical reasoning section:

How To Ace Critical Reasoning?

To ace every section of the exam, it is essential to prepare different types of critical reasoning questions thoroughly are there in the exam. Consistent practice will adept you with the skills to solve intricate or tricky questions which you may have to face in the exam. But to thoroughly learn the whereabouts of each section and build your command over the questions, it is necessary to familiarise yourself with some general strategies related to the topic which can be your success mantra for any of the competitive exams. Let’s equip you with some quick tips and tricks to strengthen your critical reasoning:

Let’s have a look at some of the examples which help you establish a better understanding of various sections including critical reasoning.

Q1. In order to combat Carville’s rampant homeless problem, Mayor Bloomfield recently proposed a ban on sleeping outdoors in the city’s many parks. He claims that such a measure will force the homeless to either leave Carville or to find means other than sleeping in public parks.

Which of the following, if true, suggest that Mayor Bloomfield’s plan will be successful?

A. Many homeless tend to congregate underneath Carvill’s numerous overpass.
B. Until the ban, the city’s many homeless shelters were at less than fifty% occupancy.
C. The percent of Carville’s population that has been homeless has been slowly decreasing in the last five years.
D. Adjacent cities have been tougher measures on the homeless sleeping outside.
E. Mayor Jonesmith, Mayor Bloomfield’s predecessor, had been far more tolerant toward the city’s homeless population.

Q2. The Americans with Disabilities Act (ADA) was designed to ensure that there is no discrimination against and unfair termination of differently-abled workers in the work-place. However, after the act was introduced, there has been a marked increase in unemployment among the differently-abled.

Which of the below-mentioned options best explain this seeming discrepancy?

Q3. Kaysha: In the 1900s, it was found that one in every six women who gave birth in hospitals died of a fever they had contracted after delivering the child and that the mortality was not high as if they gave birth at home with the help of a midwife. It was found that the doctors had a poorer sense of hygiene and that their dirty hands and instruments were leading to pathogens entering a women’s bloodstream. Thankfully, hygienic conditions today are much better and women are safer.

Anukriti: But the doctors today are so overworked that a number of doctors, while aware of the need for better hygiene, barely find the time to wash their hands. The likelihood of infections caused by doctors is probably not any better.

Which of the following can be used by Anukriti to further establish that Kaysha needs to be correct in her reasoning?

A. It is reported that around 50,000 people die every year in our country from hospitals acquired infections.
B. During a study, doctors handling newborn babies self-reported a hand cleansing rate of 90%.
C. A nationwide survey found that doctors, especially experienced ones, are more prone to the belief that they could not possibly be carrying pathogens.
D. Nurses are not any better than the doctors in adhering to strict cleansing schedules, especially when busy with more than one patient.
E. Compulsory hand cleaning is strictly adhered to by all doctors and nurses before every major surgical procedure.

Q4. A minor league baseball franchise experienced a drop in attendance this week after three losses by margins of ten runs or more last week. Many spectators of those games wrote letters to the editors of the local sporting news, complaining to the poor play of the team in those three losses. Nevertheless, the front office of this baseball franchise maintains that the team’s poor play in those three losses has nothing to do with this week’s decline in attendance.

Which of the following, if true, most strongly supports the position held by the front office of the baseball franchise?

Q5. Traditionally the foundations of houses were made of concrete. A builder is experimenting with using a hard plastic polymer for foundations. A foundation made with the polymer is about the same price to construct and install as in concrete foundation. Unlike concrete, the polymer will not block all water flow and is not prone to cracking with age. The builder argues that houses built with polymer foundation will last longer.

Which of the below-mentioned arguments is the most appropriate conclusion of the argument presented above?

A. Whether soil acidity, to which all stone is resistant, can dissolve the polymer
B. Whether repairs to polymer foundations are more expensive than repairs to concrete foundations
C. Whether residents will be able to smell the vapours that outgas from the polymer
D. How dry the soil in this region becomes during typical summer droughts

Hence, we hope that now you are able to comprehend how to score well especially in the critical reasoning sub-section of the GMAT. For an international-level exam like GMAT, it is important to seek professional guidance for which you can reach out to our Leverage Edu experts and we will guide you throughout the preparation process equipping you with the required study material and guides that can train you to ace it with higher scores.

Optometry is one of the fastest-growing fields in the world. International students are flocking to this profitable sector… 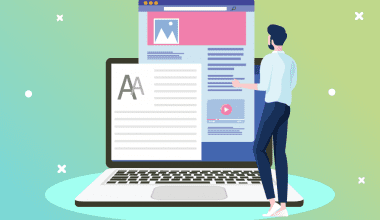 PTE Syllabus- Know It Inside Out

If you’re looking forward to an education in a foreign university, you probably know that you have to… 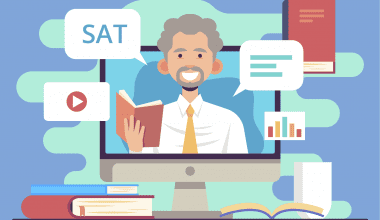 How to Prepare for SAT Online?

For those planning to pursue undergraduate programmes abroad, the Scholastic Aptitude Test (SAT) is a widely accepted standardized… 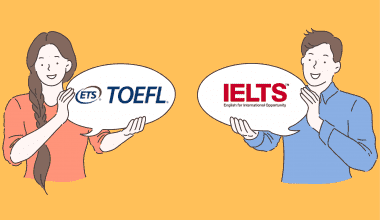 IELTS vs TOEFL: What Are the Differences?

Scores of English proficiency tests are an essential part of university applications to English-speaking countries. All the non-native…