The human body has a complex network of blood cells to circulate food, minerals, waste products, and gasses from one part to another. But how does this process takes place in a plant’s body? Do they also have blood vessels? The answer to these questions can be found in the biology class 11 syllabus. The chapter Transport in Plants discusses how food and minerals are transferred to all the cells and parts of the plant. Read the following notes to understand the concept better!

What is Transport in Plants?

Transport in plants refers to the process of carrying water, minerals, and nutrients across various parts of the plant body. This transport includes carrying of food from leaves to other parts and the minerals and water absorbed by the other parts to the leaves, which are referred to as the kitchen of the plants.

In other words, this unit of NCERT biology class 11 aims to help us understand how the three main parts of the plant namely: roots, stem, and leaves, connect for the supply of different things that each part is responsible for.

Transport of Water in Plants

Plants need active transport of two main components namely, water from the roots and the food prepared from the leaves to the other parts.  Water is transported through Xylem in plants. Xylem is a vascular tissue. It contains more than one type of cells to facilitate the process of transport within the plant system. Xylem carries the dissolved minerals and water to the leaves where, with the help of the chlorophyll, sunlight, and carbon dioxide absorbed from the atmosphere, the leaves can render their function of preparing sucrose which gives energy to the plant for survival.

Transport in plants of water starts from the roots to the stem by way of a potential gradient. The roots of the plant absorb water through apoplast or symplast, and the same is then carried to the stem for absorption by the leaves. The plants need to transport water to the leaves as water is an integral component of the process of photosynthesis. If the plants do not receive water, the process of photosynthesis cannot be completed.

Osmosis is the flow of molecules over a semi-permeable membrane from an area of greater concentration to a region of lower concentration until an equilibrium is established. The plant cell wall is permeable to solution and water-soluble compounds. There are two kinds of osmosis:

Plasmolysis occurs when a plant cell is immersed in a hypertonic solution and loses water. It is determined by three sorts of solutions:

The process of adsorption of water molecules by hydrophilic substances is known as imbibition. Water absorption by seeds (raisins) and dry wood are two examples.

Transportation of Food in Plants

In the previous part of our transport in plant notes, we observed how water is important and how it is transported. Now we will focus on another important part that needs to be equally balanced and that is the transport of food from leaves to other parts of the plant.

Food is transported in plants by Phloem, which is again avascular tissue like the Xylem. The process of transporting food or photosynthates is called translocation in Biology. Phloem contains living cells. Phloem cells are active because they need ATP for the movement of food actively. The living tendency of the Phloem cell is what is responsible for the upward movement of water by the Xylem, as it creates the potential gradient that is needed for the upward movement of water.

Physiology of the Xylem and Phloem

For a better understanding of the chapter transport in plants, we must examine the physiology of Xylem and Phloem. The Phloem comprises two important parts called the sieve tube cells and the companion cells which help the phloem to transport food and minerals to other parts of the plant. Sieve tube members create a running chain of cells that cover the length of the plant. The companion cells run just adjacent to these sieve tube cells and they comprise the organelles and the nucleus and ribosome of these cells supplant the energy needed by the sieve tube cells to diffuse the food from one cell to another.

In Xylem the cells have to fight the very serious force of gravity to supply water upwards and the tracheids and vessel elements. Tracheids are long and thin cells and are connected from end to end. The vessel elements are wider as well as shorter as well as wonder and the end of the Tracheids contain the perforated plates and these plates allow the free flow of water. Therefore, as soon as the potential gradient is generated the water can flow freely from one cell to another and reach its final destination, which is the leaves.

Different Means of Transport  in Plants

There are four major means of transport in plants and they are:

Uptake and Transport of Mineral Ions

Plants’ nutritional needs are met by minerals and water for hydrogen in the soil. Because minerals are present in the soil as charged particles that cannot cross cell membranes, they cannot be passively absorbed by the roots, thus the concentration of minerals in the soil is generally lower than the concentration of minerals in the root. The majority of minerals must reach the root through active absorption into the cytoplasm of epidermal cells, which require energy in the form of ATP. Ions from the soil are actively pumped into the cytoplasms of epidermal cells by specific proteins in the membranes of root hair cells.

Endodermal cell transport proteins act as control points, allowing a plant to regulate the amount and kind of solutes that reach the xylem. Because of the layer of suberin, the root endodermis may actively transport ions in only one way. After the ions reach the xylem, they are transported up the stem to all sections of the plant through the transpiration stream. Mineral ions are unloaded at the fine vein ends by diffusion and active absorption by these cells. Mineral ions are often remobilized, especially in older, senescing portions.

Sucrose is carried from a source to a sink via the vascular tissue phloem. The source is the location where food is synthesized, i.e. the leaf, and the sink is the location where food is required or stored. Because the source-sink connection is changeable, the direction of flow in the phloem can be either upwards or downwards, i.e., bi-directional, as opposed to the xylem, which is always unidirectional, i.e., upwards. Food in phloem sap can be delivered in any direction necessary. Water and sucrose are carried via phloem sap, but other sugars, hormones, and amino acids are also transported or translocated by phloem.

Important Questions and Answers on Transport in Plants Class 11

Why is transport in plants very slow?

Most of the plant cells are dead and do not have any kind of energy in them. Therefore, their energy needs are also relatively slow. This is the reason why transport in plants is slow, as they do not need high pace transportation as is needed in the body systems of animals because they have more active and living cells than the plants.

What is the importance of transport in plants?

This chapter on transport in plants is extremely important because it helps in understanding the flow of necessary elements such as minerals, proteins, sucrose, water, nutrients, etc., between various parts of the plant. Without the transport, the plant will not survive, as the different units will not be able to perform the functions that are needed for the proper functioning of the plants.  The survival of the plant depends on the active transport in the plants. You must have observed that many times when there is wear and tear in the body of the plant, the plant dies. This is because the process of transport is interrupted because of wear and tear. Any change in the physiology of the plant affects its transport mechanism.

Porins are proteins that create huge holes in the outer membranes of plastids including chloroplasts, mitochondria, and certain bacteria, allowing for the passive transport of small-sized protein molecules. As a result, porins aid in diffusion.

Describe the role played by protein pumps during active transport in plants.

Active transport is the application of energy to move molecules against a concentration gradient. Active transport is carried out by membranes, which play an important role in both active and passive transport. Pump proteins use energy to transport molecules across the cell membrane. These pumps may move chemicals from a low concentration to a high concentration (referred to as ‘uphill’ transport). For example, H+ pumps, K+ pumps, Cl- pumps, and Na+-K pumps. The pumps work with the assistance of ATP. Guard cells have a K+-H+ exchange pump. The Na+-K+ exchange pump is found in many animal membranes. When all of the protein transporters or pumps are utilized or are saturated, the transport rate hits a maximum. Like enzymes, these carrier proteins are very specific in what they carry across the membrane. These proteins are sensitive to inhibitors that react with protein side chains.

Explain why pure water has the maximum water potential.

What happens when a pressure greater than the atmospheric pressure is applied to pure water or a solution?

When pure water or a solution is subjected to pressures greater than atmospheric pressure, its water potential increases. It is analogous to pumping water from one location to another. Pressure can build up in a plant system when water enters a plant cell via diffusion, causing pressure to build up against the cell wall, leading the cell to become turgid.

We hope that through these pointers on transport in plants, you are now familiar with this important topic. Our experts at Leverage Edu are here to help you get started on the right career path without any hassle. To know more you can book a free career guidance sessions with our experts.

15,000+ students realised their study abroad dream with us. Take the first step today. Class 11th
Talk to an expert 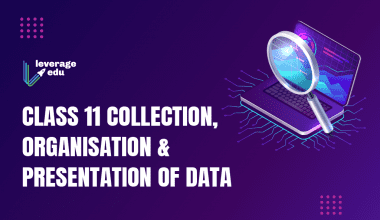 The collection of data aims to collect evidence for attaining a sound and comprehensible solution to a problem.…

What is Money Multiplier?

Have you ever wondered what happens to the money which you deposit in banks? Does the money simply…

Speech on Dependence on Technology

There are various branches of physics and various types of topics in physics taught in class 11. One…