10 Indian Scientists Who Changed The World

India has always been scientifically advanced from the ancient to contemporary times. Evidence of this can be found in various historic Indian texts and manuscripts. Science is an indispensable part of our lives. Whether it be the small light bulb to big machines everything around us is a result of dynamic scientific inventions, based on unique ideas of bright minds. Do you know many of these scientific innovations are a curation of Indian scientists? Here is an exclusive blog that will take you through the lives of the greatest scientist of all times.

“For, each man can do best and excel in only that thing of which he is passionately fond, in which he believes, as I do, that he has the ability to do it, that he is in fact born and destined to do it.” – Homi J Bhabha

Great Personalities of all times
Greatest Leaders of the World

Born in Rameswaram, Tamil Nadu on the 15th of October 1931, Avul Pakir Jainulabdeen Abdul Kalam was a well known Indian scientist and politician. He served as India’s president for one term between 2002 to 2007. He started his career as an aerospace engineer in the Defence Research and Development Organisation (DRDO), where he designed helicopters for the Indian Army. he was transferred to the Indian Space Research Organisation (ISRO) in 1969, where he was the project director of SLV- III, India’s first Satellite Launch Vehicle which was successful in deploying the satellite Rohini in the near-earth orbit in 1980. Under his leadership, India saw rapid development in missile production and nuclear weapons program. APJ Abdul Kalam, India’s Missile Man died on 27th of July, 2015.

To know more about the life of this millennial Indian scientist and visionary leader,
read our blog on Education of APJ Abdul Kalam!

Best known for his collaboration with Albert Einstein for the development of the foundation of the Bose-Einstein statistics and his work on quantum mechanics, Satyendranath Bose was an eminent Indian scientist, physicist and mathematician. He was born on the 1st of January, 1894 in Calcutta (Kolkata), West Bengal. He was a fellow of the Royal Society of London and was also awarded the Padma Vibhushan (the second highest civilian award in India) by the government of India in 1954. Visva-Parichay, the only book by Rabindranath Tagore on science, was dedicated to him in 1937. The eminent physicist Paul Dirac named a class of particles which followed the bose- einstein statistics as bosons after the name of this eminent scientist. Satyendranath Bose died on the 4th of February, 1974.

To know more about the heroes of Numbers,
here is a comprehensive blog on Famous Indian Mathematicians!

An eminent Indian scientist and astrophysicist, Meghnad Saha was born on the 6th of October, 1893 in Shaoratoli, a village near Dhaka (in present day Bangladesh) which was then part of the Bengal Presidency. He developed the Saha Ionization equation, which is one of the basic tools for interpreting the physical and chemical conditions in stars. He also invented an instrument for measuring the pressure and weight of solar rays. Known as the chief architect on river planning in India, the original plan of the Damodar Valley Project was prepared by him. An eminent scientist, he was the founder and editor of the journal Science and Culture. In 1943, the Saha Institute of Nuclear Physics in Kolkata, was founded in his name. He died on the 16th of February, 1956 in New Delhi.

If you aim to make a career in the same direction as Meghnad Saha,
then read our blog on Astrophysics Courses!

Regarded as the father of chemical science in India, Prafulla Chandra Ray was born on the 2nd of August, 1861 in Raruli-Katipara village in the Jessore district of the then Bengal Presidency of British India (in present day Bangladesh). He was the founder of India’s first pharmaceutical company, the Bengal Chemicals & Pharmaceuticals, established in 1901 in Kolkata. This eminent bengali was the author of the book A History of Hindu Chemistry from the Earliest Times to the Middle of Sixteenth Century. For his work, he was honoured with the first ever Chemical Landmark Plaque outside Europe by the Royal Society of Chemistry. Prafulla Chandra Ray died on the 16th of June, 1944.

Explore the career and scope of Chemistry with our blog!

Popular as the Birdman of India, Salim Moizuddin Abdul Ali was born on the 12th of November, 1896 in Bombay, Maharashtra. A naturalist and ornithologist, Salim Ali was the first Indian who conducted systematic surveys on birds across India. He played an important role in the establishment of the Bharatpur bird sanctuary, along with contributing to the development of the Bombay Natural History Society which made him one of the profound Indian scientist. For his contributions, the Indian Government awarded him with the Padma Bhushan and the Padma Vibhushan in 1958 and 1976 respectively. He wrote the ten volume Handbook of the Birds of India and Pakistan in association with the American ornithologist, Sidney Dillon Ripley. Salim Ali died on the 20 of June 1987.

Discover the scope of this field and become a hero like
Salim Ali by reading our blog on Branches of Zoology!

Popularly known as the father of the Indian nuclear programme, Homi Jehangir Bhabha was born on the 30th of October, 1909. An eminent nuclear physicist, he played the key role in convincing the senior party leaders of the Congress, especially Jawaharlal Nehru to start an ambitious nuclear program in India. He established the Tata Institute of Fundamental Research in Bombay in 1945 and the Atomic Energy Commission in 1948, also serving as the chairman of the latter. Homi Bhaba died in a plane crash while on the way to Austria on the 24th of January, 1966.

Experiment With Diverse Career in Physics

Considered the father of Bengali science fiction, Jagadish Chandra Bose was born in Mymensingh in the Bengal Presidency(in present day Bangladesh) on 30th November, 1858. His contributions to plant science are significant, such as the invention of the crescograph, a device which could measure the growth of plants. He also played a pioneering role in the investigation of radio and microwave optics. He was one of the few scientists who were opposed to patenting any of his inventions. To honour him, a crater has been named after him on the moon. J. C. Bose died on 23rd November, 1937.

Are you inspired by this Indian Scientist?
Discover the Scope of Biology as a Career!

Born on 22nd December 1887 in Tamil Nadu, Ramanujan was an eminent mathematician who had made significant contributions in mathematical analysis, infinite series, number theory and continued fractions. An independent mathematician, he developed original and novel results such as the Ramanujan theta function, the Ramanujan prime, mock theta functions, partition formulae etc. A scientific journal was established to publish research in all the areas influenced by him, named The Ramanujan Journal. He was the first Indian to be elected a fellow of the Trinity College, Cambridge and was one of the youngest fellows of the Royal Society. Ramanujan died on the 26th of April, 1920.

Fascinated with the work of this Indian scientist?
Find more such personalities in our blog on  – Most Famous Indian Mathematicians

Chandrasekhara Venkata Raman was an eminent Indian physicist who had immense contributions in the field of light scattering. He was born on 7th November 1888 in Trichy, Tamil Nadu and is best known for his discovery of the phenomenon of scattering of light which is famously known as the Raman effect. He was awarded the Nobel Prize in Physics for his work in 1930, making him the first Indian or Asian to receive the prize in any branch of science. He was honoured with the highest civilian award by the government of India, the Bharat Ratna, in 1954. C.V. Raman died on 21st November 1970.

Before moving on to the next name in the list of Indian Scientists
Find out everything about Modern Physics with us!

Eminent scientist and statistician, Prasanta Chandra Mahalanobis was born on 29th June 1893 in Calcutta (Kolkata), West Bengal. He is famous for introducing the statistical measure known as Mahalanobis distance. He was the founder of the Indian Statistical Institute, along with being one of the members of the first Planning Commission of independent India. He has huge contributions in large scale sample survey designing and study of anthropometry in India. The father of modern statistics in India died on 28th June 1972.

“If there has been any success in my life, that was built on the
unshakable foundation of failure…” – JC Bose

Hope this blog on eminent Indian scientists was able to bring forward some of the great contributions made by Indian scientists in various fields. Leverage Edu aims to help students select the best universities and courses according to their aims and interests. Reach out to us to help you decide on the right career which would take you closer to your dreams.. 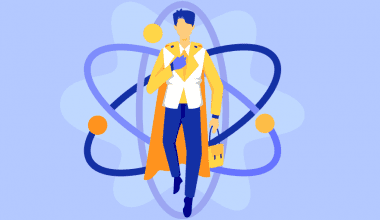 Read More
FFamous Personalities
When asked from young kids about what they want to become when they grow up, you would have… 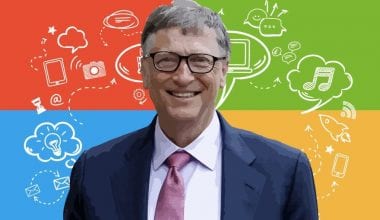 Read More
FFamous Personalities
One of the renowned successful tech entrepreneurs of the 21st century, Bill Gates brought a much-needed revolution in… 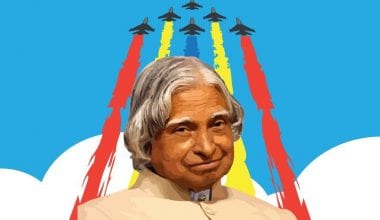 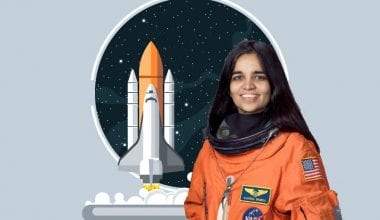 Read More
FFamous Personalities
A starry-eyed woman who imagined a world and then infused in that imagination a life, Kalpana Chawla was…