The Animal Kingdom constitutes a major part of biodiversity, hence it is vital to study what the group entails. Class 11 biology syllabus contains a very interesting chapter named the Animal Kingdom which elucidates in detail the organization of the entire animal kingdom. Understanding this chapter is important as questions based on this topic are often a part of competitive exams. Realising the importance of the chapter, here we are to help you with simplified notes on the animal kingdom class 11.

As per the chapter, some of the bases of classification are mentioned below:

All members of Animalia are multicellular. However, the cell organisation is different in different organisms. In some organisms like sponges, cells are arranged in loose cell aggregates. This is called the cellular level of the organisation. A higher level is tissue level of organisation where the cells performing the same functions are grouped together in a tissue. A still higher level is the organ level where similar functioning tissues are grouped together into an organ.

When cells are arranged in two embryonic layers, it is called Diploblastic. For Example: Coelenterates. Animals that have a third germinal layer called mesoderm are called Triploblastic, for example, Chordates.

This occurs in some animals where the body is internally and externally divided into segments which are a repetition of some organs. In earthworms, this is called metameric segmentation.

The Animal Kingdom class 11 chapter discloses the classification of animals at various levels. Based on different characteristics, the animal kingdom is further classified into different species. Let us have a look at it-

Now that you are familiar of basic classification of animals, mentioned below are the various types of species in which animal kingdom is divided-

Sponges belong to this phylum. These are very primitive organisms that have a cellular level of organisation. There is a skeleton made of spicules or spongin fibres. Eggs and sperms are produced by the same individual (hermaphrodite), and reproduction is asexual.

Also known as Cnidaria, these are mostly aquatic animals with radial symmetry. They have tissue level of organization and are diploblastic. They have a central gastro-vascular cavity with a single opening. There are two main body forms – Polyp and Medusa. Polyps are cylindrical in shape like Hydra whereas, medusae are umbrella-shaped like jellyfish (Aurelia).

As mentioned in animal kingdom class 11 chapter, Ctenophora are marine creatures that are diploblastic and radially symmetrical. Bioluminescence is a common feature among them. Reproduction is sexual. Eight rows of ciliated comb plates support the body. This is why they are commonly known as comb jellies or sea walnuts.

They are commonly called flatworms and live inside other organisms. They are bilaterally symmetrical, triploblastic and have organ level of organisation. They absorb nutrients directly from the host. They are hermaphrodites, and reproduction is asexual.

They are called roundworms. They can be aquatic or terrestrial. They can be parasitic and have organ level of organisation. They are bilaterally symmetrical, triploblastic. The alimentary canal has a muscular larynx. Sexes are separate.

They can be aquatic or terrestrial, free-living or parasitic. According to animal kingdom class 11, they are bilaterally symmetrical, triploblastic. Their body is marked into distinct sections or metameres. For Example: Earthworms.

Courses in Biology After 12th Except MBBS

This is the largest phylum. Insects belong to this phylum. They are bilaterally symmetrical, triploblastic and have organ level of organisation. A chitinous exoskeleton covers the body. They have a head, thorax, abdomen and jointed appendages.

The animal kingdom class 11 chapter states that, Mollusca is the second-largest phylum in the animal kingdom. They can be aquatic or terrestrial and have an organ level of organisation. They are bilaterally symmetrical, triploblastic and coelomate animals. There is a calcareous shell covering the body which has a head, muscular feet and a visceral hump. For Example: Octopus, oysters, squids.

Animals belonging to this category are called Echinodermata because of their endoskeleton of calcareous ossicles. These marine animals are radially symmetrical, triploblastic, and coelomate with organ level of organisation. There is a distinct water vascular system which helps in movement, transport of food and respiration. Sexes are separate, and reproduction is sexual. Examples include starfish and sea urchin.

Derived from the animal kingdom class 11 chapter, this phylum has some worm-like marine animals. They are bilaterally symmetrical, triploblastic and coelomate animals and have an organ level of organisation. The body is cylindrical and includes an anterior proboscis, a collar and a long trunk. There is an open circulatory system and respiration is through gills.

Animals belonging to this phylum have a notochord, a hollow dorsal nerve cord and gill slits. They are bilaterally symmetrical, triploblastic and coelomate animals and have an organ level of organisation. They have a tail and closed circulatory system.

As we move further with the chapter animal kingdom class 11, one of the most important subphyla in Chordata. There are several classes within subphylum Vertebrata. The further bifurcation of the subphylum vertebrate is given below-

They have no jaw and have a circular mouth for sucking. Mostly fishes and ectoparasites belong to this class. For respiration, there are 6-15 pairs of gill slits. However, the body is devoid of scales and fins. The cranium and vertebrae are made of cartilage.

These marine animals have a cartilaginous endoskeleton. There are gills along with a notochord. The skin is tough and has placoid scales. They are cold-blooded (poikilothermous) animals. For Example: stingray and Great white shark.

This includes marine and freshwater fishes that have a bony exoskeleton. as per animal kingdom class 11 chapter, Osteichthyes have four pairs of gills. The skin has cycloid scales. There is an air bladder present to maintain buoyancy. The heart has two chambers and they are cold-blooded. Seahorse and flying fish are examples.

They can survive on land and in water. Most have two pairs of limbs with a head and trunk. Respiration happens through gills, lungs and skin. For Examples toad, salamander, and tree frog.

The animals belonging to this category are called so because these animals crawl to transport themselves. They are mostly terrestrial but can live in water too. Their dry cornified skin has hard scales. Their hearts have three chambers usually but can have four chambers too, as in crocodiles. For Example: Lizards, Chameleons and Snakes.

The Aves majorly comprises of birds and likely species as mentioned in the animal kingdom class 11 chapter. Birds have feathers and most can fly. They have a beak, lungs and their forelimbs are wings. The endoskeleton is bony and there are air cavities within the hollow bones. They are warm-blooded (homoiothermic) animals.

Mammals can live in a variety of climates and habitats. Some can fly while others can live in water but most are terrestrial. Mammals have mammary glands that produce the milk used to feed their offspring. Their skin has hair and external ears or pinnae are present. The jaw has different types of teeth. Examples include Dog, Kangaroo, Platypus, Rat, Elephant, Tiger, etc.

To check your progress, let’s answer a few NCERT questions.

Ans. It is known that animals are classified on the basis of common features. These features include cell arrangement, body symmetry, nature of coelom, digestive tract, circulation or reproductive system. Hence, the difficulties faced in classification if common features are not taken into account would be in

2. If you are given a specimen, what are the steps that you would follow to classify it?

Ans. Listed below are the steps to classify the specimen are:

5. What is the difference between direct and indirect development?

6. What are the peculiar features that you find in parasitic platyhelminthes?

Ans : Some of the peculiar features of the parasitic Platyhelminthes are:

7. How important is the presence of air bladder in Pisces?

Ans. The presence of air bladder in Pisces is responsible for regulating Buoyancy. This helps in preventing fishes from sinking.

Hopefully, through our notes on animal kingdom class 11 chapter, we have helped you understand the topic in a detailed manner. Our career experts at Leverage Edu are here to assist you in choosing the right career path and getting started on it. Hurry Up! Book an e-meeting now!

15,000+ students realised their study abroad dream with us. Take the first step today. Class 11th
Talk to an expert 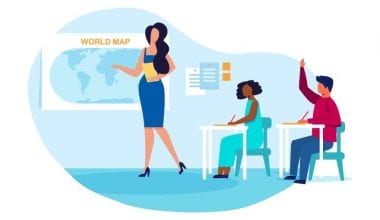 Self and Personality Class 12 Notes

Have you ever wondered why are some people calm in tough situations while some jittery? How is thought… 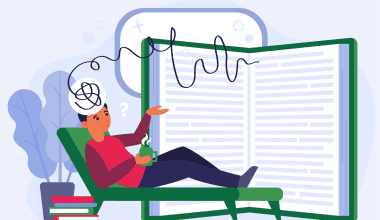 Cramming Or Understanding: Which is a Better Form of Learning? 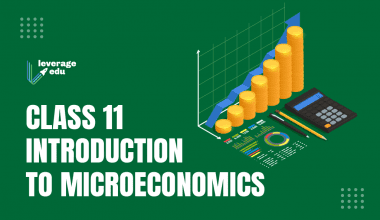 Confused with the difference between the economics and economy? Is the concave graph of PPC scaring you? We…