The University of Gottingen was founded in 1737 and is a member of the Guild of European Research-Intensive Universities, U15, the German Excellence Universities, and the U4 Networks. The university is noted for being one of Germany’s oldest universities, with a large student population. The Faculty of Theology, Faculty of Social Sciences, Faculty of Law, Faculty of Economics, and Faculty of Linguistics are among the departments on campus. Undergraduate, postgraduate, and doctorate degree programmes are all available at the university. Furthermore, the university offers a student exchange programme that allows students to experience a variety of courses and gain exposure. Expert faculty members mentor students in order to provide them with more practical experience and expertise. This blog is an introduction to the University of Göttingen Notable Alumni!

Werner Heisenberg was a German physicist who lived from December 5, 1901, until February 1, 1976. He taught at the University of Leipzig (1927–41) and managed the Max Planck Institute for Physics (1942–76) after receiving his education in Munich and Göttingen. He solved the problem of how to account for the stationary discrete energy levels of an anharmonic oscillator in 1925, paving the way for quantum mechanics to take off. He published his well-known uncertainty principle in 1927. He has made significant contributions to turbulent hydrodynamics, atomic nuclei, ferromagnetism, cosmic rays, and subatomic particles theories. In 1932, he received the Nobel Prize in Physics for his work on quantum mechanics. During World War II (1939–45), he led Germany’s efforts to produce an atomic bomb.

Ursula von der Leyen, a Belgian-born German politician who served as Germany’s Minister of Defense (2013–19) and President of the European Commission (2019–), was born on October 8, 1958, in Brussels, Belgium. She was the daughter of Ernst Albrecht, a German politician who had previously served as Chief of Cabinet at the European Economic Community Commission. She went into medicine after studying at the Universities of Göttingen and Münster, as well as the London School of Economics, and graduated from Hanover Medical School in 1987. She worked as an assistant physician from 1988 to 1992 and received her doctorate in medicine in 1991. She lived in the United States from 1992 to 1996 and worked as a faculty member at Hanover Medical School’s department of epidemiology, social medicine, and health systems research from 1998 to 2002. She had joined the Christian Democratic Union (CDU) in 1990 and became involved in Lower Saxony politics in 1996, the federal-state that her father had governed from 1976 to 1990. She served in a number of municipal and state roles until being elected to the CDU’s leadership committee in 2004. She was named minister of family affairs, older citizens, women, and youth in Chancellor Angela Merkel’s first government after the CDU won the federal elections in 2005. She was appointed Germany’s Minister of Defense in December 2013, making her the first woman to hold the position. She was chosen to succeed Jean-Claude Juncker as President of the European Commission in July 2019, and she began her term in December of the same year.

Robert Koch was a German physician who lived from December 11, 1843 to May 27, 1910. He was the first to prove a causal association between a bacillus and a disease by isolating the anthrax bacillus, observing its life cycle, and developing a preventive inoculation for it. Based on Louis Pasteur’s concept, he refined pure-culture procedures. He discovered the tuberculosis organism and its involvement in the disease after isolating it (1882). In 1883, he discovered the cholera-causing bacteria and how it is transmitted, as well as developing a rinderpest vaccine. Koch’s postulates are still relevant in pathology: the organism must only be found in sick animals and never in healthy ones; it must be grown in pure culture; the cultured organism must make a healthy animal sick; and it must be isolated from the newly sick animal and recultured while remaining the same. He is regarded as a creator of bacteriology and was awarded the Nobel Prize in 1905.

Enrico Fermi was an Italian-born American physicist who died on November 28, 1954. He initiated the study that led to Fermi-Dirac statistics while a professor at the University of Rome, which was later completely developed by P.A.M. Dirac. He devised a hypothesis of beta decay that may be applied to other processes via the weak force, but it wasn’t refined until 1957 when it was discovered that the weak force does not conserve parity. He won the Nobel Prize in Physics in 1938 for discovering neutron-induced radioactivity. He never returned to fascist Italy after winning the award in Sweden, instead of settling in the United States, where he joined the Columbia University faculty and quickly rose to become one of the foremost builders of practical nuclear physics. He was a key participant in the development of the atomic bomb as a member of the Manhattan Project, and he oversaw the first controlled nuclear chain reaction in 1942. In 1946, he was awarded the Congressional Medal of Merit. He was the first person to receive the Enrico Fermi Award from the United States government, which he received in 1954. Fermium, the number 100 element, was named for him. He is an internal part of the University of Göttingen Notable Alumni system.

Max Born was a German scientist who lived from December 11, 1882, to January 5, 1970. From 1921 to 1933, he taught theoretical physics at the University of Göttingen before fleeing to Britain. He primarily lectured at the University of Edinburgh from 1936 to 1953. He offered the most satisfactory mathematical description of the first law of thermodynamics in 1921 when he gave a very exact definition of the quantity of heat. He worked with his pupil Werner Heisenberg in 1926 to construct the mathematical language that would accurately represent Heisenberg’s first laws of a new quantum theory. He later demonstrated that the solution of the Schrödinger equation had a statistical interpretation of physical relevance in the work for which he is perhaps best known. Later his research focused on atomic particle scattering and computations including molecular electronic structures. He and Walther Bothe (1891–1957) shared the Nobel Prize for Physics in 1954.

Luisa-Marie Neubauer (born April 21, 1996) is a climate activist from Germany. She is one of the major organizers of the school strike for climate change campaign in Germany, which is also known as Fridays for Future. She supports de-growth and works for a climate strategy that complies with and beyond the Paris Agreement. Neubauer is a member of the Green Youth and Alliance 90/The Greens.

Henriette Reker, a German lawyer and independent politician who was elected mayor of Cologne in 2015, was born on December 9, 1956. Since 2000, she has served as deputy mayor of Gelsenkirchen. In 2010, she was selected as the city of Cologne’s mayoral deputy for social affairs, integration, and the environment. She is running for Mayor of Cologne with the support of the CDU, FDP, and Greens. She was critically injured during a public gathering on October 17, 2015, the day before the mayoral elections, when a 44-year-old man attacked her in the neck with a knife while chanting anti-refugee rhetoric. Reker was elected mayor of Cologne a day after the incident, with 52.66 per cent of the vote. She is the first woman to be elected mayor of Cologne in the city’s history.

Maria Goeppert-Mayer, a German physicist and mathematician, is known for her various contributions to the field of physics, for which she was awarded the Nobel Prize in Physics in 1963. She was the first woman to win the Nobel Prize for theoretical physics, and just the second woman in history to do so, after Marie Curie. She is best known for proposing the atomic nucleus’s nuclear shell model. Goeppert-Mayer died of heart failure on February 20, 1972, in San Diego, California, at the age of 65. She is an important University of Göttingen Notable Alumni.

Sabine Leutheusser-Schnarrenberger (born July 26, 1951) is a renowned human rights advocate in Germany and Europe. She is a member of the liberal Free Democratic Party. She is a major personality in the FDP’s social-liberal side. She was Germany’s Federal Minister of Justice from 1992 to 1996 in Helmut Kohl’s administration, and again from 2009 to 2013 in Angela Merkel’s second cabinet. Leutheusser-candidacy Schnarrenberger for the position of Secretary-General of the Council of Europe was declared by the new German government in 2013.

15,000+ students realised their study abroad dream with us. Take the first step today. Study in Germany
Talk to an expert 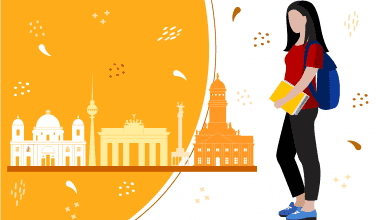 Study in Germany: The Guide To Your German Dream!

Around 75 years ago, on the historic date of 15th August 1947,  India became free from British domination.…

Top Great Leaders of the World

Knowingly or unknowingly the world has been under the influence of some great personalities. Be it, MK Gandhi…

Have a look at your surroundings. From Air Conditioner/Cooler, pencils, and Laptops to earphones, chargers, and electric heaters,…