A progressive and empathetic leader, a new-age working mom and the youngest female Prime Minister of New Zealand, Jacinda Ardern has been praised for her effective management of the Covid-19 crisis. While superpowers like the USA and the UK are struggling with the pandemic, Ardern’s strong leadership has led her country towards becoming coronavirus-free, a triumph that has amazed the world! But how does the leadership traits differs from other world leaders? Let’s dive deeper into the leadership style of Jacinda Ardern that will leave you inspired!

“Kindness, and not being afraid to be kind, or to focus on, or be really driven by empathy.”

“If I could distil it down into one concept that is simple and it is this: Kindness.”

Redefining the idea of a modern leader, Jacinda Ardern has always described her leadership style as rooted in kindness. She believes that the world doesn’t need politicians who are thickskinned and dominant, but people need a leader who can care for them and often focusing on power, leaders lose sight of how essential kindness is. Ardern is bold enough to say that if others can’t accept kindness as the core of her leadership style, then so be it!

Know the Science of Kindness!

Crisis communication was a crucial part of Ardern’s strategical approach to the global pandemic, she communicated to the nation through casual Facebook live chats, took Q&As and elaborated in detail on how the lockdown restrictions work. Knowing that the country’s larger population is on Facebook, she was ready to go live even in the most casual clothes that made her relatable and approachable. It was this humanized essence of her leadership that helped the public understand the repurcussions of the pandemic and it was effectively put under control in time!

Understanding the Power of Empathy

While most of us are taught to become staunch and aggressive leaders, Jacinda Ardern emphasises empathy as the key to her success as the Prime Minister of New Zealand. For Ardern, empathy and strength can blend together into an amazing leadership style that focuses on the people and is for the people. This is because as a leader, one should ensure that their people feel loved, supported and taken care of, otherwise what’s the point of being the powerful leader in the room!

Valuing Equality in Every Form

“Lifting wages, closing the gender pay gap, living free from violence, having the choice to be a carer, to have a career, be a mother – those are uppermost on my to-do list. Our extraordinary women deserve no less.”

From Gender Equality to fighting for the rights of the LGBTQAI community, Ardern has always been at the forefront of promoting equality in every form. As the 21st-century role model for women around the world, Ardern is the biggest support of gender equality in workplaces and has stated that “gender equality is at the top of her list”. She also brought the substantial bill to ensure equal pay in New Zealand in 2020 but what’s even unique about this equal-pay amendment is that it makes sure that it brings pay equity in sectors that have been historical underpaid. In 2019, Ardern became the first NZ PM to attend the country’s pride parade proudly and highlighted that LGBTQAI people are still experiencing bullying, mental health problems and discrimination even when the world is slowly embracing diversity and inclusion. This is her warm yet strong leadership style that tells us about her innate focus on ensuring equality in every form!

“Do you want to be a leader that looks back in time and say that you were on the wrong side of the argument when the world was crying out for a solution?”

Another key characteristic of Jacinda Ardern’s leadership style is her honesty and open-mindedness. When the coronavirus outbreak happened, she was honest about her concerns about the health and well-being of every citizen as well as direct in her strategy. Rather than letting rumours spread about the lockdown or scrutinising what has happened, she is always quick and calm to respond to the situation efficiently and effectively.

A Dash of Humour

“You’ll be pleased to know that we do consider both the Tooth Fairy and the Easter Bunny to be essential workers. But as you can imagine at this time they’re going to be potentially quite busy at home with their family as well and their own bunnies.”

From doing Facebook live sessions during the lockdown in New Zealand to keep updates to giving an interview during an earthquake, Ardern is always witty and humorous in her candour. Having been scrutinized continuously in the public eye from her election days to her pregnancy, it is her sense of humour that differentiates her leadership style from others.

Ardern also personally replies to many letters that she receives from people around the world. Recently, an Irish schoolgirl sent her a letter as part of the school project choosing Ardern as her favorite leader, here’s what the NZ PM replied:

Last year, a Kerala Teacher-Student Duo also Made a Song for NZ PM and Got a Reply, click here to know this heartwarming story!

“Kiwis from all walks of life were resolute and determined – determined that this was a war we could eventually win, but only if we acted together. The battle is won, but the war is not over.”

While she has carved her own path as the youngest female Prime Minister, Jacinda Ardern’s leadership style is constituted of her belief in unity, solidarity and the importance of community. During the pandemic, Ardern and her ministers took a pay cut of 20% in solidarity with those impacted the situation. While political leaders often favour one side of the story, blaming oppositions and fuelling misinformation, Ardern’s humble upbringings has taught her about the power of community and approaching every difficulty with solidarity and upholding people’s trust, whether it’s the pandemic or any unforeseen tragedy.

“To me, leadership is not about necessarily being the loudest in the room, but instead being the bridge, or the thing that is missing in the discussion and trying to build a consensus from there.”

When the 2019 Christchurch Mass Shootings happened, Ardern was quick in leading an extensive inquiry into the matter. With the Whakaari explosion, she went to comfort the first responders with hugs and as the coronavirus outbreak happened, she decided that the country will go on a lockdown when there was only around 100 cases. By October last year, mask-wearing and social distancing protocols were almost removed restoring the nation back to normal as the world praised her leadership.

An Exceptional Approach to Motherhood and Multi-tasking

An amazing example for every working mom, Jacinda Ardern became pregnant her daughter, Neve, when she just started her tenure as a Prime Minister. She kept working throughout her pregnancy and then went on a maternity leave. She didn’t shy away from bringing her three-month old daughter to the UN General Assembly and confessed in an interview to ‘The Guardian’ that “I have the ability to take my child to work, there’s not many places you can do that. I am not the gold standard for bringing up a child in this current environment because there are things about my circumstances that are not the same.” What’s even adorable is that Neve became the youngest person to attend the UN General Assembly with her security card as ‘first baby’!

“If we do not respond to climate change, we will continue to have these emergencies on our shores.”

While many leaders have been hesitant about climate change and its impact on our planet, Jacinda Ardern has always been vocal about environmental conservation and climate change. While New Zealand is a small country, Ardern has highlighted that their global emissions can affect the island nations surrounding the country. She even declared a climate emergency back in December 2020 urging the NZ parliament to take action “for the sake of the future generation”. The parliament issued a declaration warranting many countries and acknowledging the threat caused by climate change.

Always Ready to Learn from Children

“Perhaps that’s the reason that, if you ask me why I’m in politics, my answer will be simple: children.”

Having joined the labour party at just 17 years of age, Ardern was motivated to fight child poverty. As a Prime Minister, she receives thousands of letters from children from all around the world and is always eager to reply all of them. Jacinda Ardern also noticed from her interactions with children that rather than asking for tech devices or skate parks, they raised issues like poverty and time with their family. Children look beyond their own benefit and observe issues that often adults aren’t able to. This is another aspect of Jacinda Ardern’s leadership style that makes her an incredible leader.

Through transparent and open communication, Jacinda Ardern has built trust and respect in the people of New Zealand. No matter what the crisis situation is, she is always ready to talk directly to the public and inform them about the present situation, as well as the strategies to tackle it better. She fosters strength and unity in her people, empathetically standing by their side in every situation and empowering them to work towards solidarity and unity.

With these never-seen-before qualities an essential part of her leadership style, Ardern has redefined what a leader should be like. Her approach to every crisis is straightforward, warm, honest, inclusive and healing. As a prime minister, she leads as the voice of empathy and kindness than power and dominance! Follow us at Leverage Edu for more such interesting and amazing reads and check out our latest series on ’62 Ultimate Stories of Inspiration’ that salutes every inspiring female leader for her wonderful vision!

15,000+ students realised their study abroad dream with us. Take the first step today. Her Purpose
Talk to an expert

Known as one of the sexiest men alive, Chris Hemsworth has a global fanbase, not just in his… 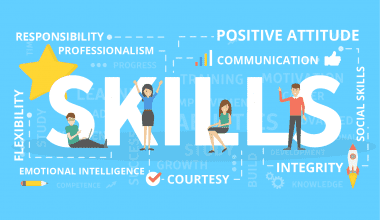 Morality, empathy, and wisdom are the most important qualities that separate humans from animals. We have always been…

How Michael Jordan’s Mindset Made Him A Great Player

Michael Jordan is the greatest basketball player of all time. He is a spectacular sportsman with a rare… 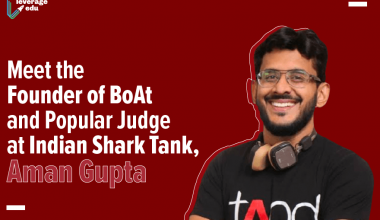 Shark Tank India has become the talk of the town nowadays. Shark Tank is an Indian TV reality…