Don’t you think History brings meaning to our lives? It uncovers culture, societies, beliefs, movements and politics that existed in the past and how we evolved over the years. Whatever action we perform today are somehow the aftermath of our past. The influence of History in our present life is inevitable. Thus, it would not be wrong to say that History is as significant as Science. If you are someone who likes reading and enjoys History, then this blog on best world History books is a must-read for you!

“It is remarkable how closely the history of the apple tree
is connected with that of man.”
– Henry David Thoreau

To all the book lovers interested in world history, we have curated a list of 10 best world History books of all time:

UPSC is one of the toughest exams in India. With the help of the right books, aspirants can ace the exam. Check out the list of 10 world history books for UPSC:

Are you a beginner and just started reading? Here are some of the best world history books for beginners that will build your interest:

The Decline and Rise of Democracy by David Stasavage

It is One of the most significant books on political systems written in a generation by David Stasavage, A Top writer of The NewYork Times. In his book, he describes the history of democracy and how the voting system came to existence. He further concludes the importance of the voting system over other methods of choosing the government. His book strains on the government system of old Greece and Europe.  The Decline and Rise of Democracy attracted worldwide proof to show that the story is much richer―democratic rehearsals were available in numerous spots at numerous different occasions from the Americas before European victory, to antiquated Mesopotamia, to pre-colonial Africa.

The Silk Roads: An Illustrated New History of the World by Peter Frankopan

“The Silk Roads do not start or have an endpoint, because they are not actually real roads at all.”

The Silk Roads is a beautifully descriptive book, written by Peter Frankopan. The story is based on his four children, however, it’s not a children’s book, despite its an overwhelmingly illustrative book suitable for young people. It tells the story of the Silk Roads in a manner that rejuvenates everything. Adding to this, Frankopan tosses the certain parts about Columbus’ journey to the New World, the Viking advance, the Crusades, the slave exchange and nineteenth-century European legislative issues, which don’t generally fit in with his principle topic. The book describes the scenario of the time when silk roads were under construction during British reign. It depicts the story of the trading system in early Asia and Afghanistan which is very fascinating to read. This book is highly recommended for those who are preparing for civil services as it gives a detailed overview of the early trade system in India.

Guns, germs and steel is an incredible book written by Jared Diamond and has a style of its own. Jared never understood the reason behind writing this explicit piece of art during World War- II. The book tries to explain the reason why History exists and what are the things that makes it more meaningful. History followed various routes for various groups as a result of differences in their surroundings but not their biological system. He says, “Around those axes turned the fortunes of history”, which means history is a powerful tool that can make or break the future of our country. The book seeks to answer the question that “why there is a huge difference between culture progress in various countries? If you are a history lover, then this book is your call.

The Great Bridge: The Epic Story of the Building of the Brooklyn Bridge by David McCullough

“But the bridge seemed to make the whole breath-taking panorama all the more terrifying,
all the more magnificent”.

The emotional and dramatic story of Brooklyn Bridge, world’s longest suspension overpass, a story of ravenousness and debasement yet besides of idealism, valour and assurance told by master historian David McCullough. The book covers all the events that contributed to the making of greatest Engineering triumph of the age. The story narrates the saga of bloodshed and fear against the people when the Brooklyn Bridge was under construction. After 14 years of constant struggle, the America government was successful in creating the largest engineered bridge in the world. The author has beautifully described the various emotions of people then.

The Story of American Freedom by Eric Foner

“Approach to the history of freedom centres on three interrelated themes:
the meaning of freedom”

Since we are talking about the best world history books, the story of American freedom tops the list. It introduces the freedom and liberty of Americans after the vigilance terror attack in the country. The author Eric Foner takes fear and freedom a step ahead with this astonishing book. In his book, he shows the various colours of political freedom and ethics over the local public of America. This book highlights the struggle and agony of salivary when Americans were separated from their homeland. Through this book, we came to know why the government plays a major role in making or breaking the country. It carries a series of arguments between the protagonist and the author in a constructive manner. It is a book of great inheritance of history to the power of mankind.

History: From the Dawn of Civilization to the Present Day by Adam Hart Davis

As the name suggests, this History book presents the same idea as the title says, from dawn to the present. It takes the reader on a journey to the depth of real-life developments from then to now. It sounds strange, right? How does the modern era have a history? This book answers all these questions in the series of various interesting events. The book is the reminiscence of six million years of history hidden inside it. However, this book might be different than what we have read until now in history as it characterizes the essence of life and death with a punch of modern sarcasm.

Napoleon The Great by Andrew Roberts

“We walk faster when we walk alone.”

One amongst the best world history books, it describes the life history of Napoleon and their achievements. Napoleon Bonaparte lived one of the most phenomenal lives on the earth. In twenty years, from October 1795 when as a youthful cannon chief he freed the lanes from Paris of insurrectionists to his downfall at the Battle of Waterloo in June 1815, Napoleon changed France and Europe. The book is written extraordinarily to manipulate the life history of Napoleon to the world. In a progression of remarkable fights, he revamped the laws of France, modernized the frameworks of system and education and provided prosperity to the public. Andrew Roberts describes Napoleon’s vitality, both physical and scholarly and the appeal of his character through this book.

Age of Ambition: Chasing Fortune, Truth, and Faith in the New China by Evan Osnos

“Hope is like a path in the countryside: originally there was no path,
but once people begin to pass, a way appears”

As the Beijing journalist for the New Yorker, Evan Osnos was on the ground in China for a considerable length of time, observing the significant political, financial, and social change. It is one of the best world history books written by a New Yorker editor. The book portrays impacts occurring in that nation from the conflict between ascent of individual and Communist Party’s battle to hold control. Composing with extraordinary story energy and a sharp feeling of incongruity, Osnos follows the moving accounts of ordinary individuals and uncovers life in the new China to be a battleground among desire and cruelty, in which just one can win.

The list of best world History books comes to an end here. If you like History then choosing it as a career path will take you to great places. Get in touch with Leverage Edu experts to find a suitable program that fits your interests. Register for a free counselling session now!

15,000+ students realised their study abroad dream with us. Take the first step today. History
Talk to an expert 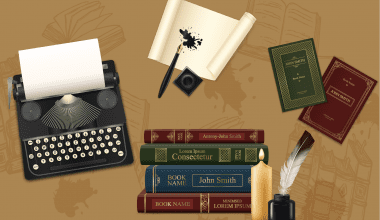 The history of English Literature begins with the Germanic tradition of the Anglo-Saxon settlers. Beowulf is the earliest…

The civil disobedience movement was a landmark event in the Indian Nationalist movement. In many ways, the civil…

India was under British rule for 200 years. The fight for independence was not easy and certainly not… 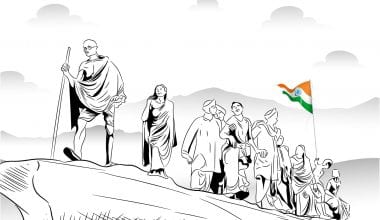 History is one of the vast topics to cover while preparing for competitive exams. As a lengthy subject,…