The Human Eye and The Colourful World

The 11th chapter of class 10 Science ‘The Human Eye and The Colourful World’ describes the intricacies and characteristics of the human eye and how it enables us to see the objects around us. It is a sensitive organ that acts like a camera lens for the human body. Do you know that the size of our eyeballs remains the same during the entire life? That is why, in newborn babies or infants, only the pupil part of the eye is visible. Are you ready to explore more such exciting facts about the human eye? Scroll through this blog as we summarize the Class 10 Science chapter on The Human Eye and The Colorful World and help you understand the features and functions of human eye through our comprehensive study notes and NCERT solutions.

Out of all the different organs of a human body, the human eye is one of the most complex and sensitive organs that allows seeing the objects around us. As said above, it is commonly regarded as a type of camera system that consists of different parts like retina, lenses, cornea, pupil, iris, nerve cells, optic nerves, etc. When light enters the eye through the thin membrane cornea, it forms an image on a light-sensitive screen called retina that allows us to see with the help of iris.

Iris is a dark diaphragm that controls the pupil. When light enters, the pupil controls the amount of light to be absorbed and converts the inverted real image formed on the retina with light-sensitive cells. When these cells get activated, it signals the brain through optic nerves which in turn decodes the signals and forms a clear image of the object.

As per the Class 10 Science chapter on The Human Eye and The Colorful World, here are the major parts that form the human eye:

The Power of Accommodation

When a person cannot see the objects clearly and conveniently, it indicates a loss of power of accommodation. This common refractive defect of vision is categorised in three types, i.e. myopia, hypermetropia, and presbyopia. Let us understand what the chapter on The Human Eye and the Colourful World says about these defects-

When a person cannot see the distant objects clearly but can see the nearby objects, it is known as near-sightedness or Myopia. A person with myopia eye defect has a far point nearer than infinity and can see clearly up to a few metres only. Excessive curvature of the eye lens or elongation of the eyeball can cause such defects, and it can be corrected using the concave lens of suitable power. Myopia is common between growing children from 8 years onwards.

In hypermetropia eye defect, a person can see the distant objects distinctly, but cannot see the nearby objects. It is also known as far-sightedness, and long focal length of the eye lens or small eyeball can cause such a defect. It can be corrected with a convex lens of suitable power. Hypermetropia is usually found in adults who are above 40 years of age.

When the ciliary muscles weaken, it reduces the eye lens flexibility that decreases the power of accommodation and makes it difficult to see the nearby objects clearly without using any eye-glasses. Such a defect is known as presbyopia. It indicates the existence of both myopia and hypermetropia and requires corrective bi-focal lenses.

Class 10 Refraction and Reflection of Light

Refraction of Light Through a Prism

Unlike a rectangular slab, when light passes through a prism it refracts at both the entry surface as well as the exit surface of the prism. The two lateral faces are inclined to one another and the angle between them is called the angle of the prism.

The incident ray AB hits at the surface PQ and enters the denser medium (glass), thus, it bends towards NN’ which is the normal according to the law of refraction. The ray now BC hits at the exit point C and emerges bending away from the normal MM’ and becomes the emergent ray CD. The angle between the incident ray and the emergent ray is called the angle of deviation. These are core components of the Class 10 science topic Refraction in a Prism.

When white light enters the glass prism, it gets dissipated into seven different bands of colours, i.e. VIBGYOR (Violet, Indigo, Blue, Green, Yellow, Orange and Red). While the splitting of light into different colours is called dispersion, the distinctly dissipated colour bands are called a spectrum. In the spectrum, the red light bends the least while the violet light bends the most.

Sir Isaac Newton was the first physicist who used a glass prism to obtain the spectrum of sunlight. He observed that the sunlight is made up of seven colours and any light similar to that of sunlight can be referred to as white light. Along with the white light,  the chapter talks about two other types of life that are Monochromatic and Polychromatic light.  The light that consists of a single colour is known as monochromatic whereas a light having more than two colours is known as polychromatic.

The chapter on Human Eye and the Colourful World contains a very interesting example on it called rainbow. A rainbow is a natural spectrum that occurs after rainfall with the help of water droplets that act as a small prism and is always formed in the opposite direction of the sun.

Atmospheric refraction is a phenomenon under which the light gets deviated from the straight line and passes through the atmosphere due to the variation in air density. Twinkling of stars, advance sunrise, and delayed sunset are certain phenomena that occur because of atmospheric refraction. The chapter beautifully explains why because of the air density, the apparent position of the star differs from its actual position. Let us understand this example in detail:

Twinkling of the Stars

As explained above, the phenomenon of atmospheric refraction is responsible for the twinkling of the stars. We know that there are various layers of atmosphere in the earth’s atmosphere.  Each layer acts as a different medium, so when the light from the stars reaches earth, it goes through refraction at each of the layers deviating from its natural path. This deviation causes the amount of light reaching our eye to vary every second making it look like twinkling. The reason planets do not twinkle is because they are much closer. The twinkling disappears in the case of planetary bodies as the number of light rays reaching your eye has increased and their average deviation comes out to be almost zero.

The next example mentioned in the chapter on The Human Eye and The Colourful World is about sunrise and sunset. We can see the sun almost two minutes before it crosses the horizon. The reason for this ‘advance sunset’ is again atmospheric refraction. When the sun is about to cross the horizon, the light from the sun bends towards your eye. The apparent position of the sun that is 2 minutes before the sun actually crosses the horizon is due to this. The same happens in reverse during a sunset as the sun seems to flatten out.

A heterogeneous mixture of minute particles like smoke, water droplets, molecules of dust, etc. forms the earth’s atmosphere. When a beam of light goes through such tiny particles, it gets diffused and scatters the light, thus making the path of the beam visible. Such scattering of light by colloidal particles is known as the tyndall effect. For example, sunlight in a dense forest. Thus, while going through the NCERT notes on The Human Eye and The Colourful World, you must remember the concept of Tyndall Effect. Tiny particles mainly emit the blue light, while the particles with larger size emit the light of longer wavelengths.

Blue Sky and the Scattering effect

While studying the chapter on The Human Eye and The Colourful World, you will get to know about how our eyes see the blue sky as well as the scattering of sunlight. The molecules and particles in the air & atmosphere are smaller in wavelength than that of the visible spectrum. This makes the particles much more effective at scattering the shorter wavelength end of the spectrum i.e. the blue colour. So when sunlight passes through the atmosphere, the blue colour gets scattered much more than the red. That is why you see all the blue in the sky. There is no atmosphere on the moon and if you have seen pictures the sky looks pitch black. The red colour does not get easily scattered and makes it a very efficient colour to see from afar. That is why ‘danger’ signs are red coloured as they get the least scattered by even fog or smoke.

Thus, we hope that through these detailed notes of the chapter on Human Eye and the Colourful World, you are now all clear about this important chapter of class 10 science. Confused about which stream to choose after Class 10th? Our Leverage Edu experts are here to guide you in selecting the right stream of study after Class 10th! Sign up for a free session with us now! 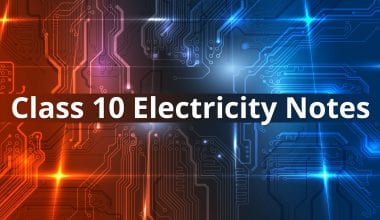 One of the most important chapters of Class 10 Physics, Electricity explores the basics of electric power and…

Class 10 English syllabus comprises various important plays and poems. The purpose of putting this concoction together is…

The Necklace in Class 10 English syllabus is an interesting story in Footprints Without Feet. It is the… 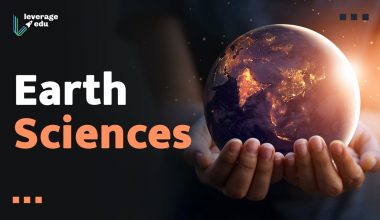 Earth Sciences are the study of the physical Earth, its oceans, and the air that surrounds it. Among…