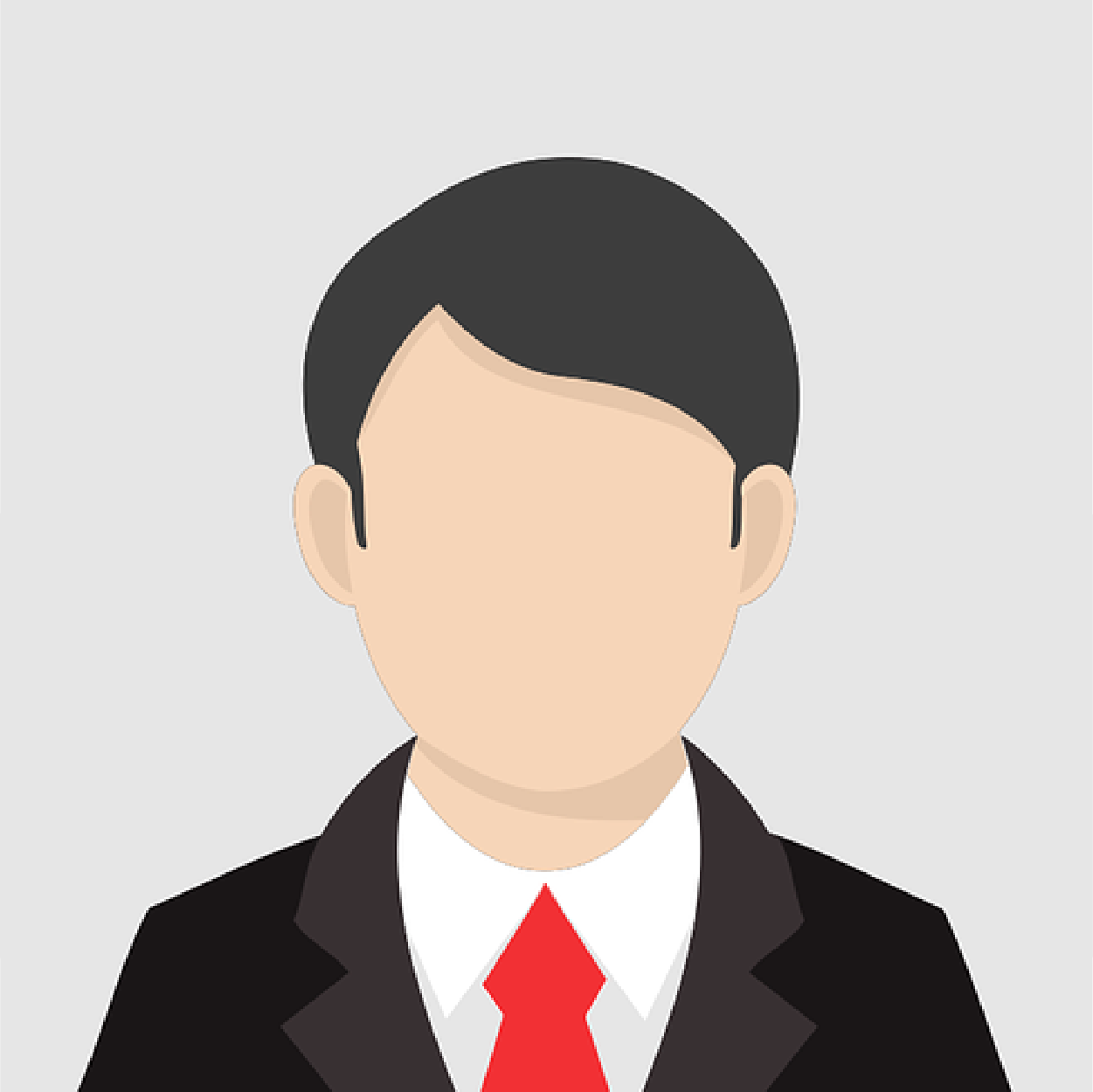 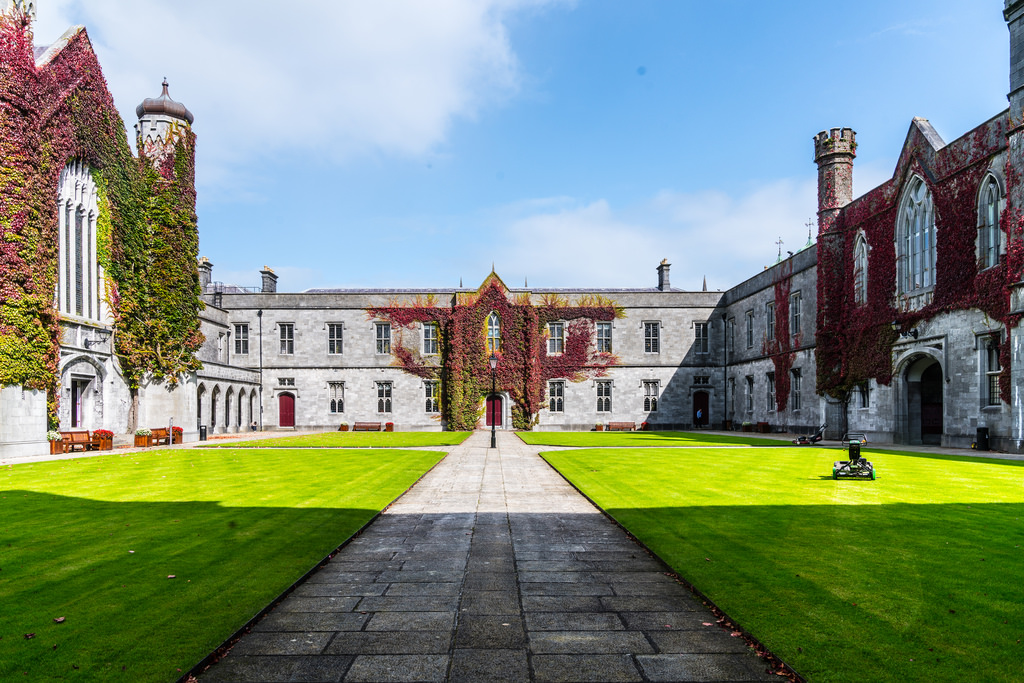 From Queen's College to the National University of Ireland, the University's past is intertwined with the history of Galway and Ireland. The Quadrangle first opened its doors to 68 students on 30th October 1849 and the University, then known as Queen's College was born. The University was one of three Queen's Colleges, the others located in Cork and Belfast. In the first academic year, 1849 -1850, the University began with three faculties, Arts, Medicine and Law but there were also schools of Agriculture and Engineering. NUI Galway Announces Global AACSB Accreditation. The university is academically affiliated with  Atlantic University Alliance(AUA), Coimbra Group, European University Association (EUA), National University of Ireland (NUI),  Irish Universities Association (IUA) and Universities Ireland (UI). According to the QS World University Rankings for 2021, NUI Galway is the world's 258th best university. NUI Galway rankings are third in Ireland, 195 in Faculty/Student Ratio, 165 in International Faculty Ratio, 238 in  International Student Ratio, and overall Ireland is the 38th-most represented location in the world.

The Quadrangle has been developing since the University first opened its doors in 1845 to accommodate ever-increasing numbers of students. On 105 hectares of land on the banks of the River Corrib, the main campus now comprises over 90 structures. NUI Galway is currently undergoing a €400 million development project, the largest expansion of facilities at any Irish university. Since 2010, the 'Campus of the Future' project has completed the Biosciences Research Building, Engineering Building, Hardiman Research Building, Lambe Institute for Translational Research, and HRB Clinical Research Facility, among other famous new research buildings. The university provides over 50 undergraduate degree programmes and over 160 graduate courses. Chemistry, Clinical Medicine, Engineering, Environment, Social Sciences and Public Health are among the top courses offered by the university.

NUI Galway is a world-renowned research-intensive university. In areas of strategic importance, both regionally and nationally, they emphasise inter-disciplinary research programmes and collaborations with industry partners. The New York Times has voted Galway the "Most Charming City." NUI Galway is the top Irish university for the world's most prominent scientists, with four of its researchers named to Thomson Reuters' list of the World's Most Influential Scientific Minds in 2015. Their lecturers are consistently ranked among the best in the country, as evidenced by National Teaching Awards and other recognition programmes. The university has a prestigious network of 110,000 Alumni Worldwide. Some of the notable names are Enda Kenny, Former Taoiseach, Heather Humphreys, Teachta Dála of Ireland and Carol Nolan, Teachta Dála of Ireland.

NUI Galway has nearly 19,000 students on campus, including 4,000 international students from 110 countries, 2,600 staff members, 110,000 alumni worldwide, and 1,380 linkages with institutions throughout the world, including 200 in 25 EU countries and 180 in 15 additional countries. The institution aspires to give high-quality career assistance and information to students with the goal of assisting and empowering them. Among the top employers of university graduates are Deloitte, Accenture, EY, Google, Amazon, and Microsoft.

Find courses best-fit for you

Find courses best-fit for you

This is a nine-month taught Master’s programme, which is a direct follow-on from the four-year undergraduate BE programme in Mechanical Engineering, providing students with the opportunity to take a first step in advanced engineering education and research skills, within the framework of the academic and professional requirements for Chartered Engineer status. The philosophy of the programme is the preparation of graduates for exciting careers in advanced engineering and innovative technology development and management.
Read More

This degree programme is ideally suited to graduates of Level 8 BE degrees in Electrical / Electronic Engineering (or equivalent) who want to advance their engineering knowledge towards a career in industry or research based on electrical / electronic applications. The programme consists of 60 ECTS credits divided into three areas: advanced technologies in Electrical & Electronic Engineering (20–25 ECTS); transferrable skills for employment in industry and/or a research career (15–20 ECTS); and technology development through an Electrical & Electronic Engineering project and thesis. In order to provide graduates with flexibility to direct their careers in different sectors, project topics are available in the following technology areas:
Read More

MSc in Exercise Physiology and its Application in Therapy

In this course, students will develop an advanced knowledge of exercise physiology including a full understanding of physiological processes and changes that occur during different types of exercise. Students will understand how these changes are beneficial to general health and fitness. Students will have a clear understanding of exercise testing and prescription in health and in certain chronic disease settings. Topics featured in the lecture series include nerve-muscle physiology, cardiorespiratory physiology, kinesiology, integrated physiological responses to exercise and methods of evaluation, metabolism and nutrition in exercise, scientific principles of exercise prescription, methods of physiological assessment during exercise in healthy and clinical populations. Students will gain hands on experience in conducting exercise tests and physiological assessment of fitness. Semester 1–2 will be taught through lectures. Blended learning: All modules (1–6) will also be available online via podcasts and will be delivered via the medium of blackboard collaborate ultra virtual classrooms. (This will ensure that international students need to travel to NUI Galway only for four months Mid May-August. They can then be accommodated in the empty student houses in the Corrib Village at a reduced cost.) Online students will engage with pre-recorded lectures on blackboard weekly. To support engagement, discussion and interraction, these lectures will be followed by a online meeting with the course director via ultracollaborate.
Read More
View All Courses

One app for all your study

with the community and so much more 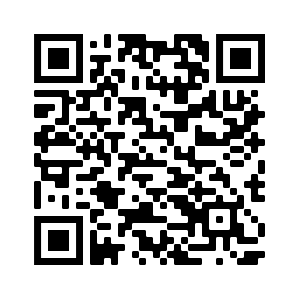 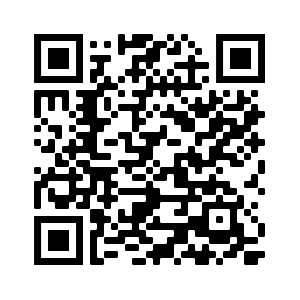 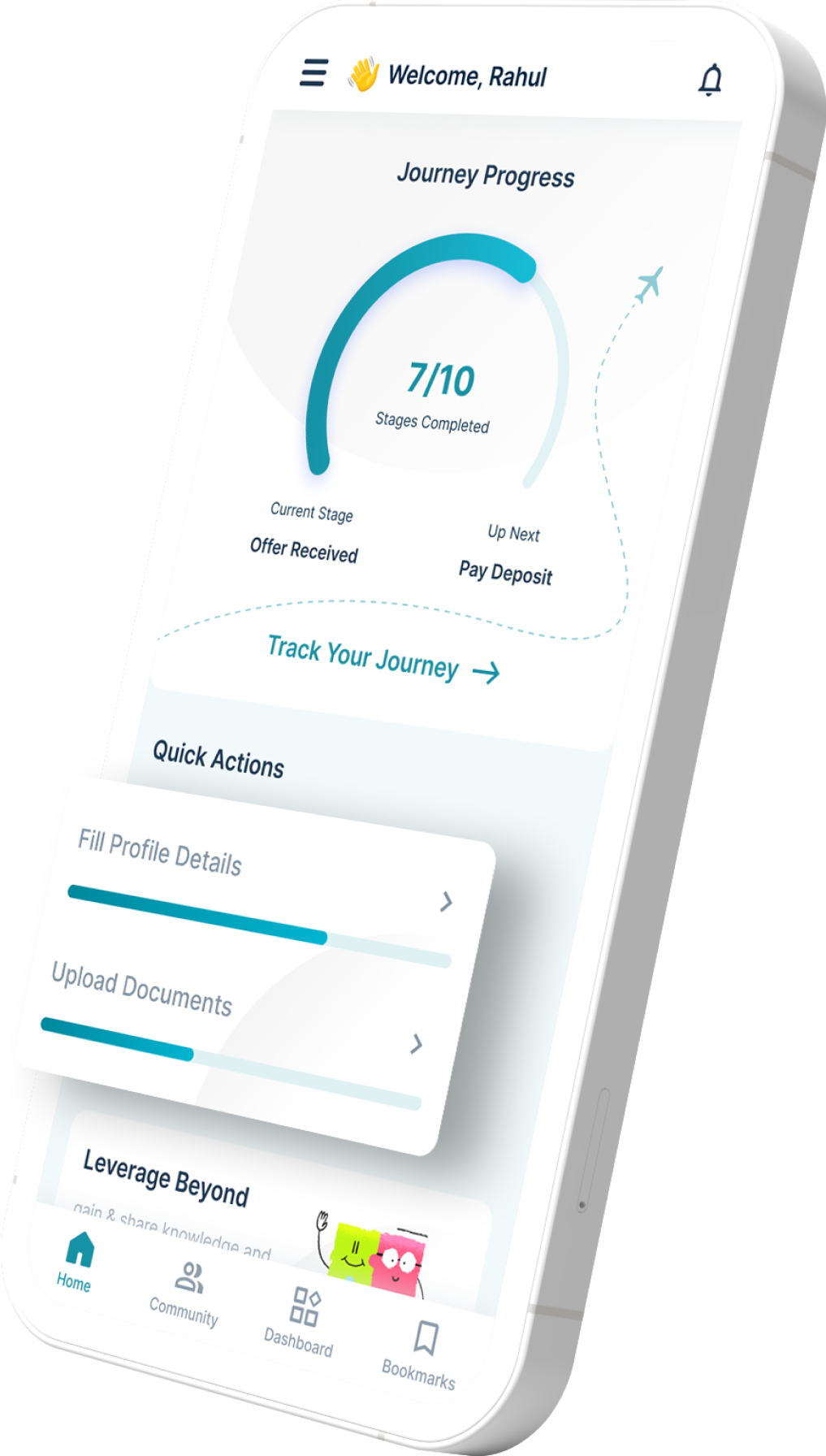 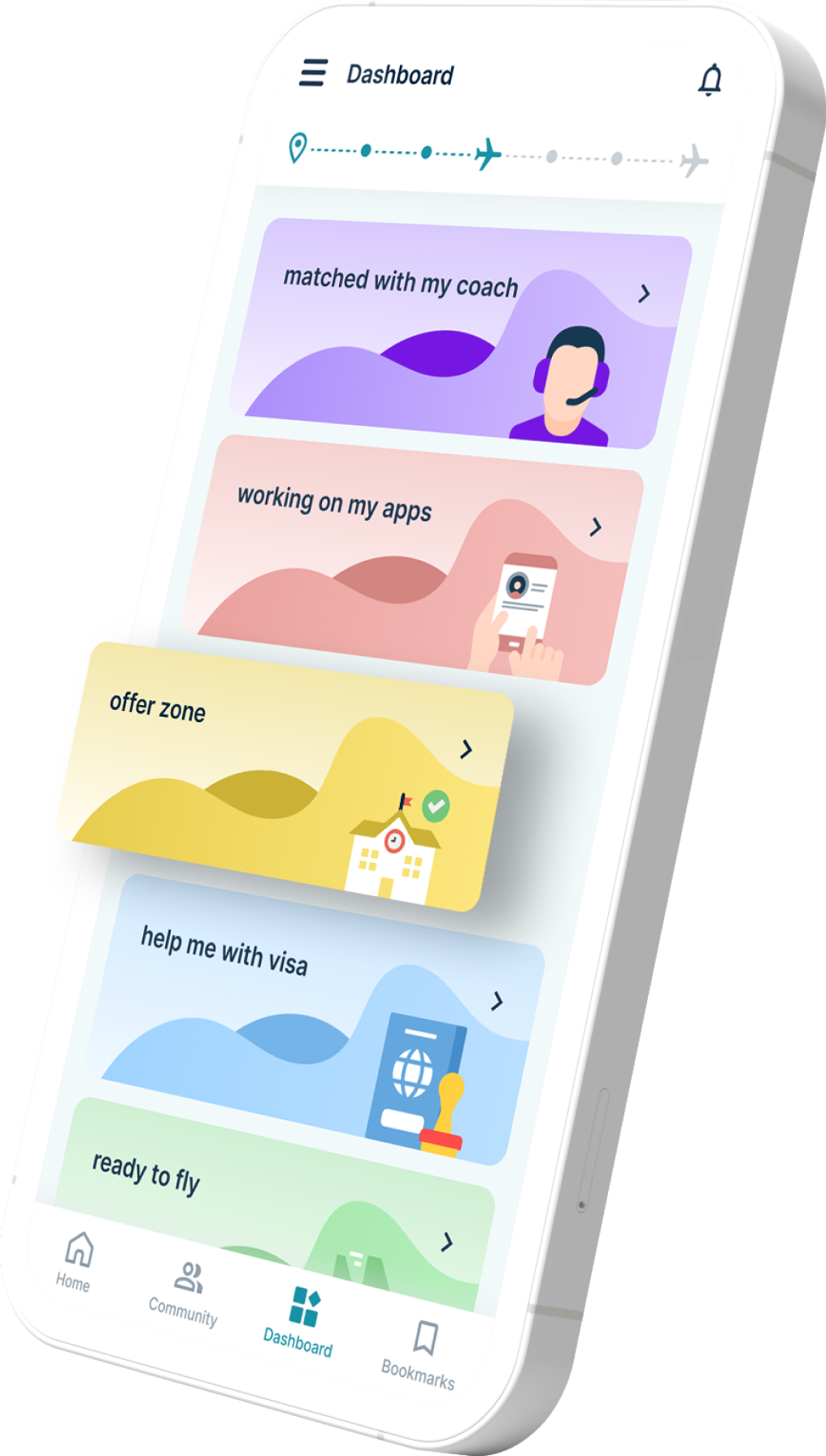 Start your journey, track your progress, grow with the community and so much more

Quacquarelli Symonds (Q.S.) is a corporation based in the United Kingdom that specialises in the analysis of higher education institutions worldwide. Nunzio Quacquarelli launched the company in 1990. It publishes the Q.S. World University Rankings every year. The Q.S. rating, which is considered one of the three most widely read university rankings globally, is approved by the International Ranking Expert Group (IREG). The institution uses six metrics, namely Academic Reputation, Employer Reputation, Faculty/Student Ratio, Citations per faculty, International Faculty Ratio and International Student Ratio, that effectively capture university performance. It also publishes rankings in Young universities, Graduate Employability, and Subject Rankings. Q.S. provides an auditing service to universities, which offers information on the institution's strengths and shortcomings. The Q.S. Stars audit procedure rates universities based on over 50 different indicators.

The Guardian is a British daily newspaper that first appeared in 1821 as The Manchester Guardian and was renamed The Guardian in 1959. The Guardian University Guide is published once a year. The goal of the University Guide is to show how each university's department is likely to provide an overall beneficial experience to future students, and to do so; they look at how previous students in the department fared. A league table was created using nine performance criteria for 54 disciplines spanning all stages of the student life cycle. Entry standards, Student-staff ratios, Expenditure per student, Continuation, Student satisfaction, Value Added, Standardisation, Subject Classification, and Career Prospects are the indicators utilised by the organisation.

U.S. News & World Report is American news, consumer advice, rankings, and analysis publication. It began in 1948 as a merger of the weekly newspaper U.S. News and the worldwide weekly magazine World Report. The company's rankings of Best Global universities are well-known among the wider population and significantly impact admission trends. The inaugural "America's Best Colleges" report was released by the U.S. News & World Report in 1983. Since 1985, the rankings have been produced and published annually. The magazine U.S. News & World Report rankings are based on data collected from educational institutions through an annual survey, government and third-party data sources, and school websites. It also takes into account outside opinion polls of university faculty and administrators. 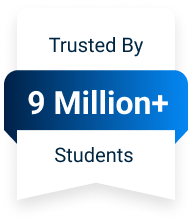 NUI Galway is committed to attracting high calibre students from around the world. To this end, the University offers a range of merit based partial tuition fee waivers to eligible students.

Undergraduate or Postgraduate Students from South Asia that have accepted an offer to study at NUI Galway commencing September 2022 will be considered for these awards.

Scholarship applicants are assessed based on academic merit. In addition, applicants will be asked to submit a Personal Scholarship Statement.

The Scholarships offer opportunities for suitably qualified individuals to pursue a Structured PhD focused on the five key areas of research in which the University offers leading expertise.

Students starting their PhD in September 2022 are eligible.

An application is to be submitted.

These scholarships are designed to introduce and connect generations of future American leaders to the island of Ireland, while recognizing and fostering intellectual achievement, leadership, and a commitment to community and public service.

Applicants are judged on their leadership, and a sustained commitment to community and public service criteria.

An application is to be filled.

Hear from our students 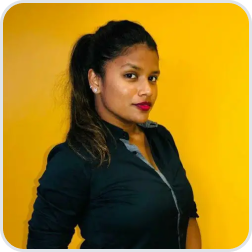 Excellent Service!! The staff and the team here are very professional. My counselor was really very helpful and reliable right from the beginning. He helped me sort everything...Read More

Excellent Service!! The staff and the team here are very professional. My counselor was really very helpful and reliable... Read More 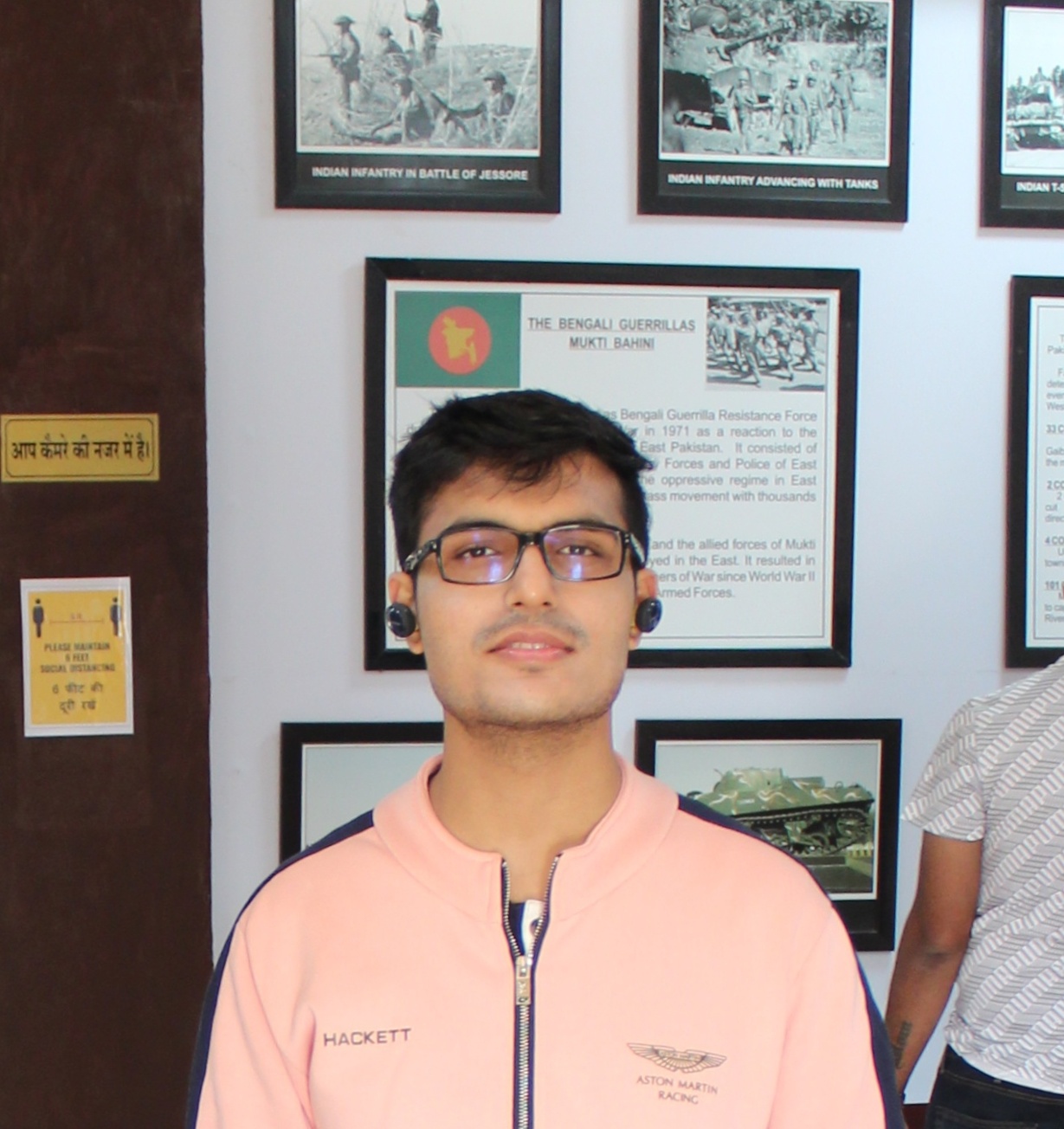 I am grateful to have approached Leverage Edu at a very early stage of my college application period. They not only provided me with the right guidance but also upon assessing...Read More

I am grateful to have approached Leverage Edu at a very early stage of my college application period. They not only prov... Read More 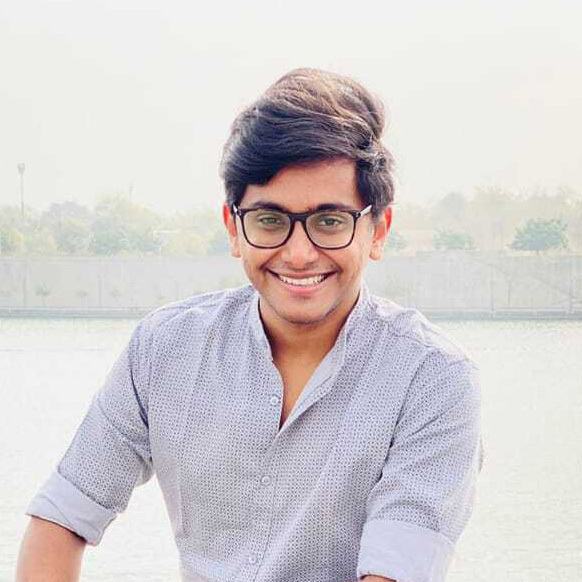 "I had the experience of a lifetime with Leverage Edu. I was generally stuck and confused with my abroad education. And I was always so concerned about the authenticity of edu...Read More

"I had the experience of a lifetime with Leverage Edu. I was generally stuck and confused with my abroad education. And ... Read More 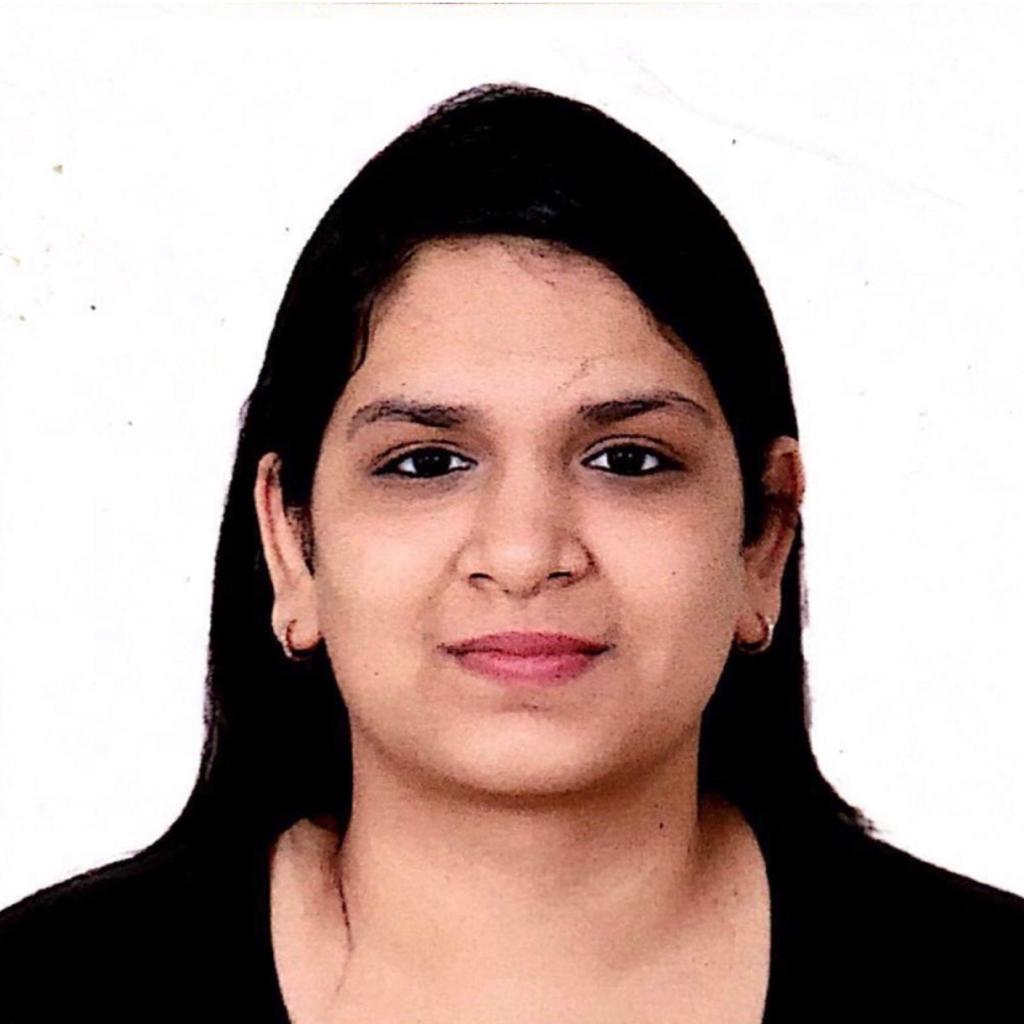 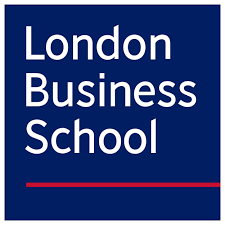 "After doing a lot of research and going to many counseling companies in search of the perfect fit, I came across Leverage. I felt completely lost at that time but with their...Read More

"After doing a lot of research and going to many counseling companies in search of the perfect fit, I came across Lever... Read More 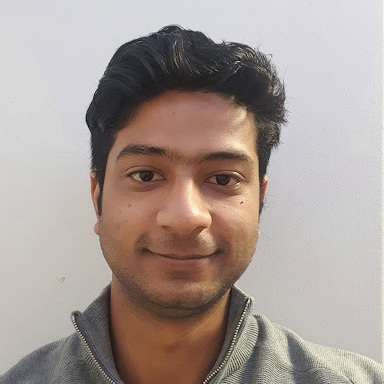 "This place is a temple for students willing to pursue their dreams, if you have the necessary determination and zeal to achieve your dreams then, this place is your one-stop...Read More

"This place is a temple for students willing to pursue their dreams, if you have the necessary determination and zeal t... Read More 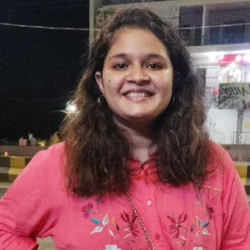 "Before Leverage, I just knew I wanted to go abroad for my Masters. While working and brainstorming with the Leverage Edu expert team, I knew I was definitely going to crack ...Read More

"Before Leverage, I just knew I wanted to go abroad for my Masters. While working and brainstorming with the Leverage E... Read More 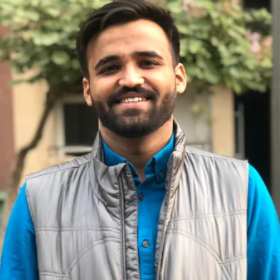 "Leverage Edu has been a pillar of support in all aspects of the admission process. With all aspects covered, starting from the psychometric test and to the final visa proces...Read More

"Leverage Edu has been a pillar of support in all aspects of the admission process. With all aspects covered, starting ... Read More 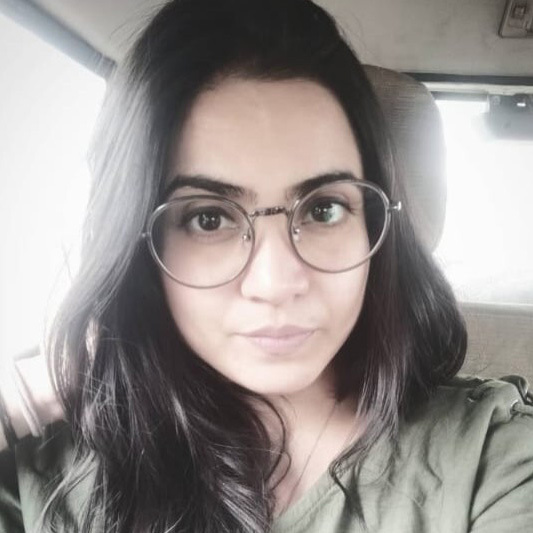 "I really appreciate the effort and time Leverage Edu invested in me. Their advice and positive thoughts were always an encouragement. I couldn't have done this without their...Read More

"I really appreciate the effort and time Leverage Edu invested in me. Their advice and positive thoughts were always an... Read More 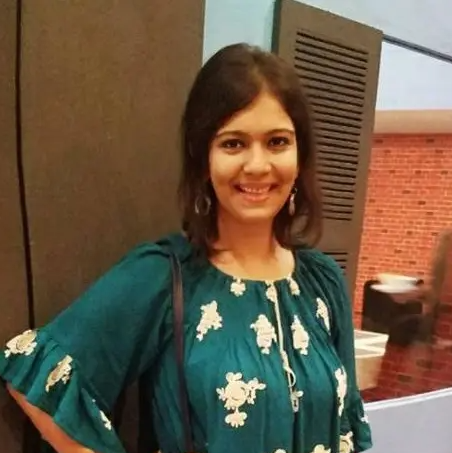 "I was pretty lost when I initially decided to apply for a master's abroad. I didn't know the nuances of the application process well. Leverage Edu has b...Read More

"I was pretty lost when I initially decided to apply for a master's abroad. I didn't know the nuances of the applicatio... Read More

Tell us how we could provide more value to you 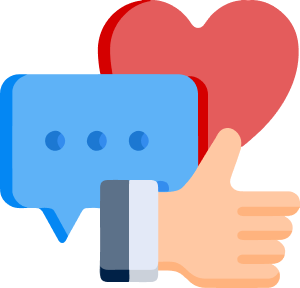 Tell us how we could provide more value to you 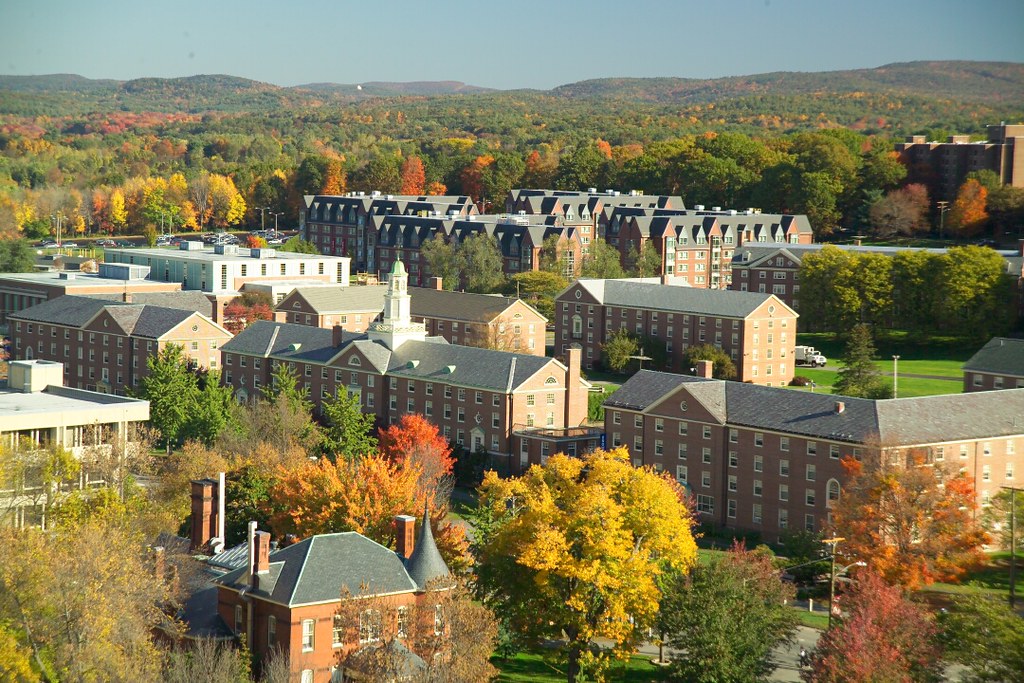 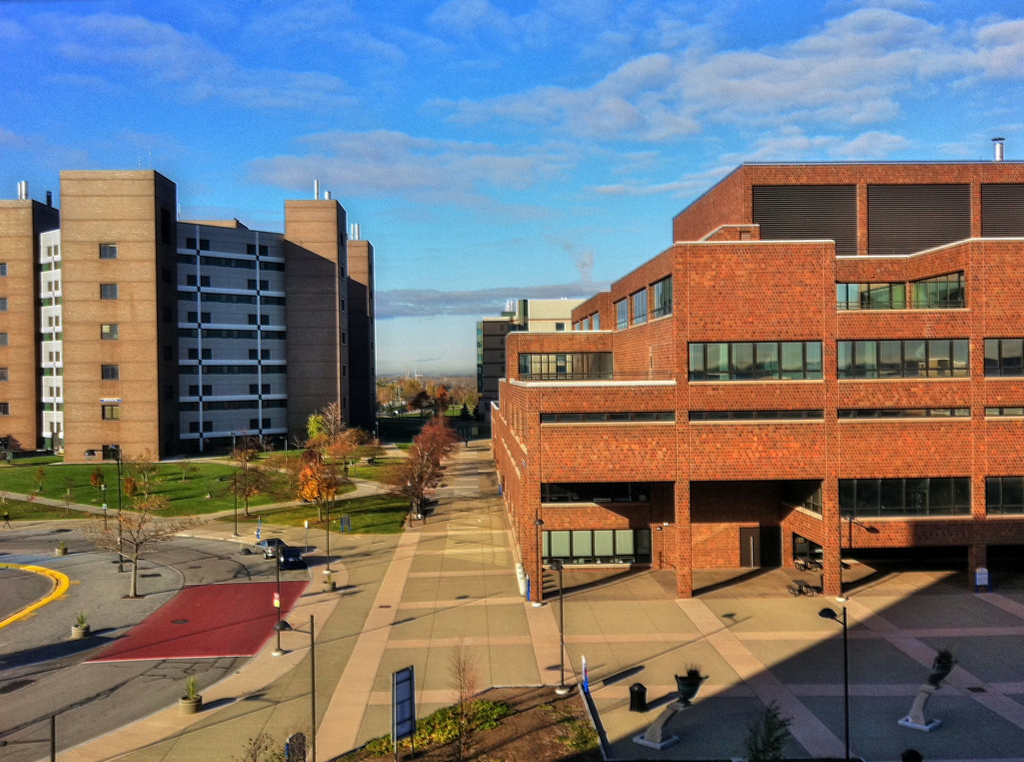 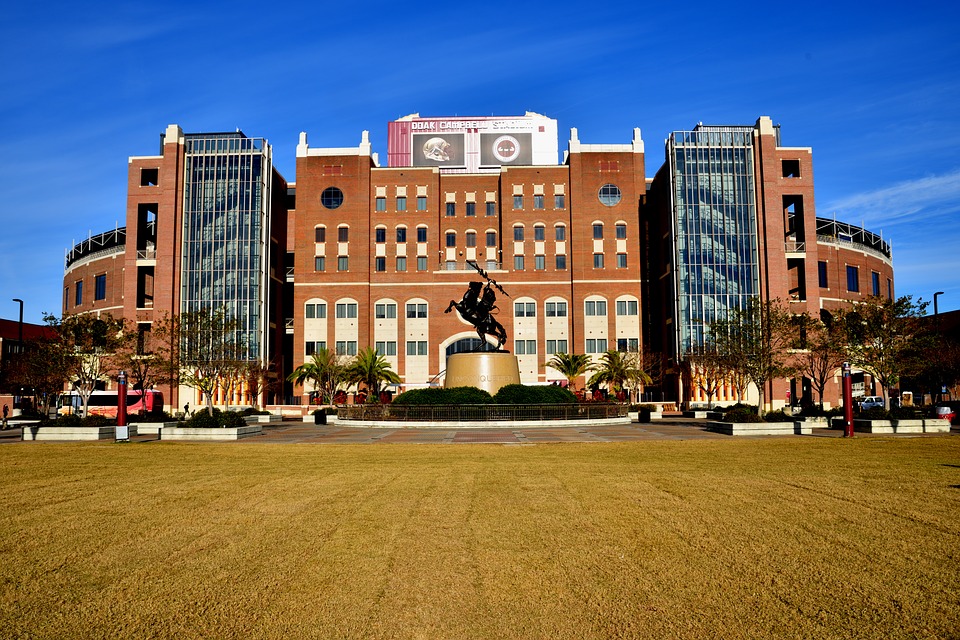 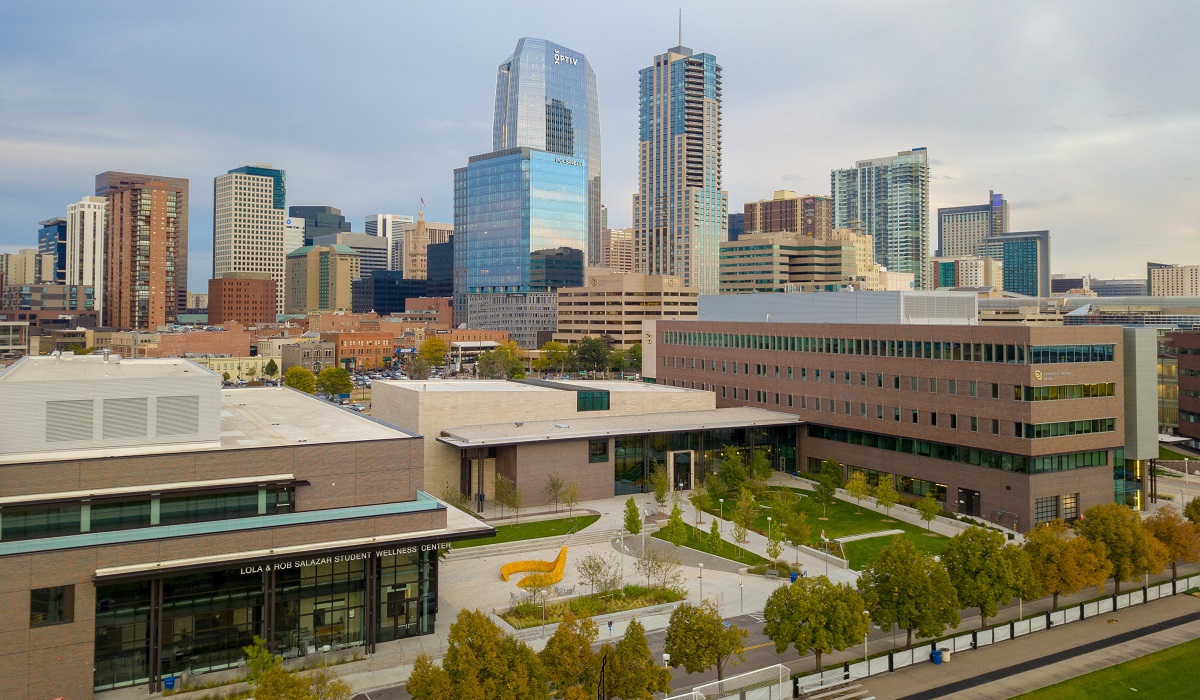 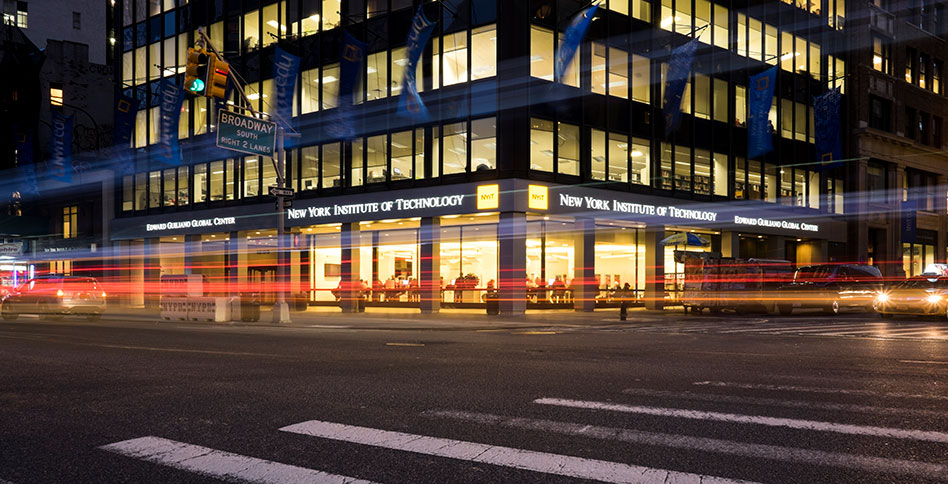 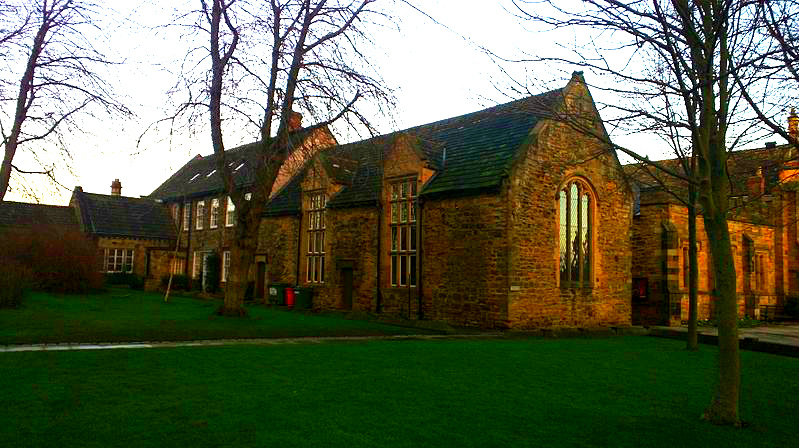 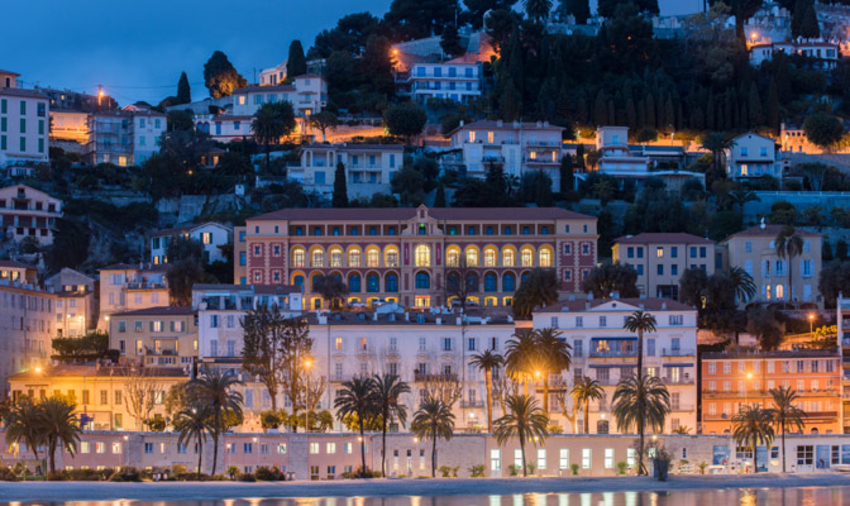