Studying in a country with the largest population in the world can be a fascinating experience for international students. From sophisticated urban cities to rural heritages, China boasts of a wide and rich variety of cultures through which one can gain a unique academic experience. Most importantly, you can relish these opportunities in a comparatively cheaper and accessible budget compared to other countries such as the United States and Australia, among others. Being the second-largest economy in the world, China offers a plethora of world-class academic courses and career opportunities for international students. As top company leaders and people in business often visit this part of the world to widen their horizons, students get multiple opportunities to meet renowned people from all over the world and expand their network. Let’s explore the top universities in China.

Why Study in China?

With some of the top universities in Asia and the World, China boasts 2,000 full-fledged higher education institutions and around 500,000 international students. These numbers are rapidly growing every year as the Chinese government has started to invest in global institutions for a better international reputation. While the country is known to be the top country sending students to study overseas, it is also a fact that the government itself has been wooing international students to come and study in the country. The universities in China are either state-owned or non-governmental (private institutions). The Chinese government has poured enormous amounts of funding into certain international universities for improving education quality, building research centres, attracting world-renowned scholars and facilities, amongst other developments.

List of Top Universities in China for International Students

Tsinghua University is widely regarded and acclaimed among the research communities of the globe. Being the major public research university in Beijing, China, it is also a member of the C9 League. It is one of the most prestigious and sought-after universities in China by both national and international students and dates back its origin to 1911. As one of China’s most prestigious and influential universities, Tsinghua is committed to cultivating global citizens who will thrive in today’s world and thus comprises a reputed alumni list. The University conducts top-notch research every year, which is possible because of its 300+ research institutions. Additionally, more than 70 programs are available to undergraduate students at Tsinghua University and many more masters and doctoral programs. It offers an array of popular courses; some are enlisted below:

Tsinghua University has produced many notable graduates, especially in the political sphere, such as President Xi Jinping, former President Hu Jintao, and former Premier Zhu Rongji. Forbes has referred to Tsinghua as China’s “power factory,” citing the amount of senior Chinese politicians the University has produced. Other than that, Tsinghua also holds a highly acclaimed list of Nobel laureates such as:

Being the oldest University in China, Peking University was founded in 1898 to commemorate the replacement of the ancient Imperial College of China. Ironically, Peking University became the centre of the progressive Chinese school of thought and played a significant role in various revolutionary movements such as China’s New Culture Movement, the May Fourth Movement, and the Tiananmen Square protest of 1989, among other notable historical events. Its stunning campus and traditional Chinese architecture are a delight for international students to enjoy a rich academic culture in China. The main university campus is in the former site of the Qing Dynasty imperial gardens and, as such, features traditional Chinese-style landscaping, including traditional houses, gardens, pagodas, and many notable historic buildings and structures. Peking University is a leading university for scientific research and has successfully developed applied sciences research and teachings. There are 30 colleges and 12 departments, with 93 undergraduate programs, 199 master’s degree programs, and 173 options for doctoral candidates. Given below are a few popular courses of Peking University:

The alumni list of Peking University consists of a high profile batch of leaders and revolutionaries who were at the forefront of China’s industrial and social change, such as:

Fudan University is one of the most sought-after public universities in Shanghai, established in 1905. The large campus is spread across four campuses, and around 30,000 students are enrolled at the moment. Consequently, Fudan University offers approximately 70 undergraduate majors, almost 250 master’s programs, and 150 doctoral programs. Intending to enlarge their medical department, Fudan University merged with Shanghai Medical University, and now they are affiliated with 11 more hospitals. The prestigious Undergraduate Research Opportunities Program of Fudan supports around 700 undergraduate research work each year. Listed below are a few of the most popular courses at Fudan University.

With “seeking truth” as the institution’s motto, Zhejiang University has inspired a generation of students since its establishment in 1897. This widely renowned public research university is also a member of the elite C9 League. Located in the prosperous capital Hangzhou, the University is organized into seven faculties, 37 colleges, schools, and departments offering more than 140 undergraduate and 300 graduate programs. Some of the widely in-demand programs in this University include:

Shanghai Jiao Tong University (SJTU) was founded in Shanghai, China, in 1896 to cultivate talented professionals for the nation. With a booming campus of more than 300 hectares, the SJTU campus is divided into six categories. As of December 2020, SJTU has 33 schools, 13 affiliated hospitals, two affiliated medical research institutes, 23 directly affiliated units, and five directly affiliated enterprises. It has a wide range of graduate and postgraduate courses which imminent faculty members teach. Consequently, owing to its wide facilities, SJTU ranks in the world’s top 100 universities and has become one of the sought-after destinations for international students. Out of the 71 undergraduate programs covering nine significant disciplines: economics, law, literature, science, engineering, agriculture, medicine, management, and arts, here are a few popular courses in SJTU:

Top Universities in China for MBBS

According to the China MBBS Educational Institution here is the list of top medical universities in China:

Cost of Studying in China

Studying in China has become an increasingly popular trend amongst international students due to its world-class education system and accessible budget. Although an ultra-comfort living standard in China might require just as much financial resources as it would in some states of the US or Australia, necessities do not cost much with the right financial planning in China.

If you plan to pursue an abroad education from ‘the land of the red dragon,’ there are various scholarships and grants available that might be eligible for you. Before reviewing these verified scholarships, it is essential to note that the scholarships for studying in China are primarily categorized into two types:

There are about 20 types of scholarships for studying in China, out of which the following are the most popular ones.

Applying to Study in China

If the above information has got you interested in applying to colleges in China for your further studies, take time, do enough research, and carefully read all the following information:

How to Apply for Chinese Universities?

Top 5 Careers for Foreigners in China

After completing your course, if you plan to stay back in China for professional reasons, China has an abundance of opportunities for foreigners in its booming economy. Below are the top 10 career options for foreigners and ex-pats in China.

How can I deal with the accommodation after arriving in China if I don’t speak Chinese?

The safest way for international students to find accommodation is to apply for on-campus residential accommodation before arriving in the country. As most universities have spacious dormitories for foreign students, the campus authorities will guide you through a smooth settling process.

Can I take a part-time job while studying at college?

What health verification and residence permit are required for studying in China?

Health verification: Scholarship students who are to stay in China for more than 6 months are requested to bring their passports, admission notice, the original Foreigner Physical Examination Form, and the Blood Test Report to the local health and quarantine office within the due time to have their medical examination reports verified.
Residence Permit: After the health verification, the students must apply for a residence permit to the local police authority with their passports, admission notice, and visa application form for Study in China (JW201) within 30 days upon their arrival.

Planning to apply for universities in China? From framing your SOP to completing your visa procedures, our experts in Leverage Edu can assist you with the complete application process. Think giant pandas, the Forbidden City, and the Rainbow Mountains, China can be your next abroad study destination in the days to come. 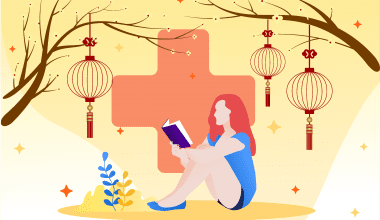 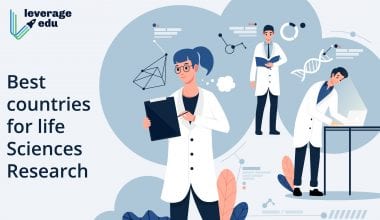 The biopharmaceutical industry is global, with the largest companies often operating in the best countries for life sciences… 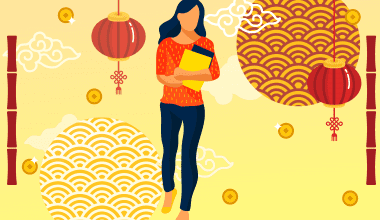 Study in China – The Most Influential Economy in the World 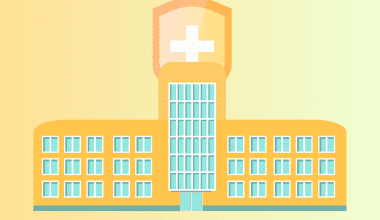 With a large number of Indian students appearing for the NEET examination for limited seats at medical colleges,…