Check Out These Honest Study in Canada Reviews

What are the things you need to know before signing up for study in Canada? Student reviews are the best way to identify the on-ground reality and student life at any given study abroad destination. These are some of the commonly asked questions by students planning to study in Canada- How are Indian students treated in Canada? Is Canada safe for international students? Find answers to all these questions and more with these honest study in Canada reviews.

Why Study in Canada?

Owing to the advanced Canadian education system and top-ranked universities, Canada houses more than 6,50,000 international students. Country’s paramount education offered in safe and secure surroundings makes it one of the best countries to study abroad.

Check out – Best Community Colleges in Canada for International Students

Let’s go through a bunch of heartfelt and honest study in Canada reviews that will help you have an idea about how your life will be there as an international student.

Reality of Canada by Softy Saini

Softy begins her review by stating that for an initial period of 1 or 2 months, things may seem difficult as you will be in a completely new land but, as you live with it, you will be able to transform your life with me every passing day. She also emphasizes how one can truly learn the art of managing their own expenses while studying in Canada.

After completing his two-year undergraduate course in Computer Networking from Seneca College, he describes the life-changing experience of studying and living in Canada. Landing in Canada on 18th December 2018 and recently completing 2 years, Akshit describes his journey as a roller coaster ride. He states that he was hit hard by emotional breakdowns and Canadian winters, but as soon as he got his first job in the country, he was all pumped up. He mentions that you might end up feeling homesick or reconsider your decision of pursuing education in Canada but this is all just a temporary phase that may vanish after an initial period of two to three months.

Moving to Canada- Expectations vs Reality by Tania Hemdev

To help out her peers from India, Tania in her video has mentioned unbiased expectations versus reality check. Tania states how she thought that Canada experiences winter throughout the year but she now advises everyone to carry their summer clothes as the temperature goes as high as 30°C. She mentions that it is needless to carry Indian snacks as well as stationeries as you will easily get them in the nearby stores. While pursuing PG in Advertising from Humber College, she also states that Canadians take their weekends very seriously and how you may find all your nearby stores and malls closed on weekends.

Prabh Korwa begins his review on studying in Quebec by stating the prominent reasons because of which more and more students are now opting to reside in Montreal city. He states that the Montreal city is more influenced by the French than Indians. On the other hand, cities like Brampton will have more Indian influence in its surroundings. He also mentions that you will find a bunch of colleges in Montreal wherein you can study on Saturday and Sunday and continue working for the 5 weekdays. As compared to other provinces in Canada, Montreal is a cheaper city and houses colleges that have comparatively less tuition fee than other colleges in Canada.

We hope that through these honest study in Canada reviews we have helped you in analysing the reality of life in Canada. Want to share your study abroad experience? Drop a message in the comment section below. For more information on study in Canada, reach out to Leverage Edu experts.  Stay connected with us on LinkedIn, Youtube, Facebook, Quora and Instagram! 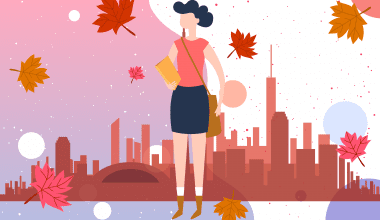 Read More
SStudy in Canada
With having more than 6,50,000 international students pursuing Bachelors, Masters, Diploma/ Certificates courses in Canada, the option of… 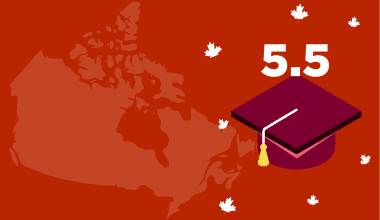 Read More
SStudy in Canada
With a global reputation in terms of high-quality education blended with world-class infrastructure, Canada is filled with elite… 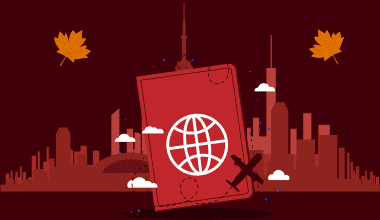 Read More
SStudy in Canada
“The best way to end is to get started.” Studying is considered the first step to getting started,… 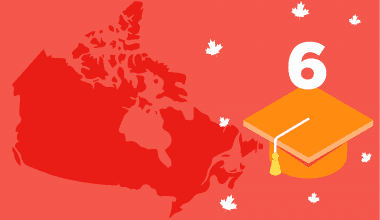