Shantanu Naida, famous for being Ratan Tata’s youngest assistant is so much more than that. An alumnus of Cornell University, Shantanu has great entrepreneurial instincts and has even authored a book ‘I came upon a lighthouse’. At such a young age, Shantanu has funded projects that focus on doing something good in the world; helping animals, the elderly as well as young entrepreneurs. An engineer and a business graduate, Shantanu have demonstrated how education plays an important role in our success. Here is everything you need to know about Shantanu Naidu!

Shantanu Naidu was born in the Maharashtra city of Pune in the year 1993. He is a well-known Indian entrepreneur, businessman, engineer, junior assistant, DGM, social media influencer, and author. Shantanu Naidu, the deputy general manager of Tata Trust, is well-known throughout the country. Shantanu Naidu earned his bachelor’s degree from Pune University in 2014.

Shantanu Naidu was born and brought up in Pune, Maharashtra. He is presently 28 years old. He completed his schooling from his hometown and went on to pursue a Bachelors of Engineering (B.E.) degree in Mechanical Engineering from Savitribai Phule Pune University in 2010 – 2014. He then pursued a two-year Master’s in Business Administration (MBA) from the world-renowned Cornell University– Johnson Graduate School of Management in 2016.

Shantanu is the fifth generation of his family to work for Tata. He comes from a family that is really supportive. His parents’ and siblings’ identities have not yet been revealed. Naidu is now unmarried and thought to be single. He is 5 feet and 9 inches tall and weighs roughly 65 kg, according to his physical characteristics. Black is the colour of his eyes and hair.

During his time at Cornell University, Shantanu was the recipient of various awards such as being the winner of the Hemmeter Entrepreneurship award as well as the Johnson Leadership Case Competition. Other than that he was Johnson’s Social Media Ambassador, Founder and President of The Cornell Motorcycle Association, President of Johnson Pets Association, VP of Finance for the South Asian Business Association, and a Member of Consulting, Tech club and SGE Club.

He was also an author for the Cornell Business Journal and wrote several articles like 3 Entrepreneurial lessons I learned at Cornell, Notes for First year MBA’s to survive the first year, Of Businessmen and Innovators; and Businesses and Natural Disasters.

Shantanu founded Motopaws in January 2009 with the idea to help stray dogs from becoming victims of roadkill caused by low visibility at night. In order to eradicate this problem, months of hard work and research led to the creation of the Motopaws collar, a collar specifically designed for street dogs that have reflectors on it. This initiative was funded by the Chairman of the TATA group Mr Ratan Tata. Motopaws also designed sensor circuit based anti-poaching devices for Tigers in India and facilitated implementation via forest department in 4 different National reserves.

On Your Sparks was founded in 2020 as a sister initiative to Motopaws. It is a counselling platform to inspire and introduce potential entrepreneurs to the right values and foundations before entering the realm of startups. It provides courses that are designed and curated by Shantanu based on his experiences working with Ratan Tata and assisting him with venture capital and mentoring startups. It is a sister initiative as the primary motive of “On Your Sparks” is to keep growing Motopaws animal initiatives for the safety of stray animals and feeding and rescuing them across over 15 cities across the country. It has taught over 300 students a month all the while helping stray animals.

Goodfellows was built on the idea that 15 million elderlies in India live by themselves and lead lonely, isolated lives. It is a startup that provides intergenerational friendships for the elderly, and calls itself a “companionship company”. It employs young, educated graduates up to the age of 30 to create intergenerational friendships between them and the elderly to reduce loneliness.

Shantanu Naidu first started working as an engineering intern at Tata Technologies from 2009-2010. Then after completing his bachelor’s in mechanical engineering he was employed as a Design Engineer at Tata Elxsi from September 2014 to July 2016.

He took a break and decided to pursue his MBA in 2016 from Cornell University in the USA. After returning to India, Shantanu came back to work at Tata Trusts as a Business Strategy Intern and soon after became the Deputy General Manager to Ratan Tata himself.

Recently, Shantanu Naidu wrote a book called ‘I Came Upon A Lighthouse: A Short Memoir of Life with Ratan Tata’ which was published by HarperCollins India in January 2021. It is a memoir that explores the relationship between Shantanu and Ratan Tata over the last 5 years.

The youngster’s dream came true when Ratan Tata summoned him to a meeting following his Facebook post about dog collars with reflectors he had created for stray dogs so that vehicles could identify them on Mumbai’s highways. Because we are a student organisation, we didn’t have the money to make these collars. As a result, they chose denim jeans as the basic material for the collar. In Pune, they gathered denim jeans from various houses, fashioned 500 luminous collars, and collared 500 canines. Drivers could see the dogs wearing their collars from a distance even when there were no street lights on at night, saving the lives of street dogs. Many people took note of his efforts, and anonymous online comments began to appear on his blog about how the collars made the dogs more apparent, causing drivers to slow down. Soon after, Naidu’s work received widespread notice, and it was included in the Tata company’s newsletter, earning him an invitation to Mumbai from Ratan Tata, the former chairman of the Tata group and an animal rights campaigner. Shantanu Naidu received his MBA from Cornell University in the United States in 2016. He returned to Tata Trusts in 2018 after finishing his degree and working as the Deputy General Manager in the chairman’s office.

When Shantanu was pursuing his engineering degree from Pune, he saw a dead dog lying in the middle of the road one night when he was returning home. He knew that he had to do something. So with the help of his friends, he designed a dog collar that had reflectors on it that would help cars at night not overrun the stray animals. He then went around and put these collars on several stray dogs in a hope that it would prove helpful. The next day he received a message saying that a dog had been saved because of the collar.

Shantanu’s initiative later got featured in the Tata group of companies’ newsletter and the demand for dog collars grew. But the problem was that he didn’t have enough funding, so Shantanu decided to write a handwritten letter to  Mr Ratan Tata at the suggestion of his father.

Two months later he received a letter from Ratan Tata himself saying he wanted to meet him. They met in Mumbai and Ratan Tata introduced his dogs to him and accepted to fund his dog collar venture. Soon after Shantanu left to study at Cornell, but promised that when he would return he would dedicate his life to working for Tata Trust.

Following his MBA, he worked with Ratan Tata and assisted other students in starting their own businesses. On Your Sparks, his first business is built on his experiences as a successful entrepreneur. The book is about his friendship with Ratan Tata. The Tata Trust Deputy General Manager, who is 28 years old, has been in charge of several of the company’s start-ups. He has a personal stake in a company that makes glow-in-the-dark collars for dogs on the street. Shantanu was appointed as a deputy general manager after graduating from Cornell University.

On his Instagram profile, he hosts these gatherings every Sunday. Participants pay a cost of around $7.14. Motopaws, his favorite charity, will get the funds he raises. Currently, this program is accessible in over 20 locations across four nations. The estimated net worth is Rs. 5-6 Crore.

Who is Shantanu Naidu and what is his background?


Shantanu is an Indian junior assistant as well as an entrepreneur.

What is Shantanu Naidu’s age?

What is Shantanu Naidu Net Worth

The estimated net worth is Rs. 5-6 Crore.

After Shantanu returned to India, he received a call from Tata asking him to be his assistant. Shantanu accepted and has been working as the Deputy General Manager to Ratan Tata since 2018.
This was everything you need to know about Shantanu Naidu. Hope it was inspirational!  For more such blogs, please follow Leverage Edu on Facebook, Youtube, Instagram and LinkedIn.

15,000+ students realised their study abroad dream with us. Take the first step today. Success Stories
Talk to an expert 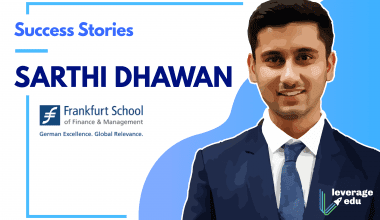 Sarthi’s Journey with Leverage Edu – To Infinity & Beyond! 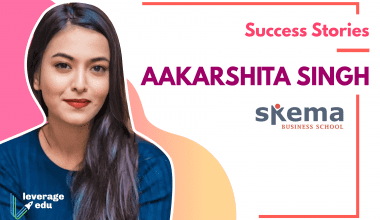 One Fundamental Shift Lead this Girl to the Flight of Her Dreams!

After working for a couple of months post her BBA degree from IP University, Aakarshita Singh decided to…

From Celebrities to the Successful Entrepreneurs: 9 Most Famous Stanford University Notable Alumni

When we think about the best and the top colleges in the world, Stanford University always stands at…