Class 12th is a milestone for all of us, the exam tensions, the chase to get a high percentage, the search for a perfect course and university are some common issues that we all face. Out of all the 3 class 12th streams, Science is regarded as the toughest one. Ranging from long theorems to difficult calculations, the stream keeps the students occupied the whole academic year. Physics, in particular, holds special importance for those who want to make a career in Engineering and Technology. Current Electricity is an important Class 12th Physics chapter that is asked in various engineering entrance exams and SAT Subject test. Through this blog, we aim to provide some essential notes for Current Electricity.

Physics Project for Class 12
How to Ace a Physics Practical

Class 12 Physics chapter Current Electricity comprises of various other subparts. In this blog, we are going to explain Electric Charges & Fields, Electrical Conductivity, Electrostatic Potential, Capacitance & Moving Charges, and Magnetism. Given below is the list of all the topics that are a part of current electricity physics syllabus class 12:

Where constant and is resistivity

Here are some important notes on the topic Conductivity of Current Electricity:

Kirchoff’s law states the total sum of changes in the potential difference in any closed loop connected with the N number of resistors must sum to zero. This is based on the principle that electrostatic forces alone cannot do any work in a closed-loop since this work is equal to the potential difference, which is zero if we start at one point of the loop and come back to it.

Here is a list of diverse careers in Physcis!

Wheatstone Bridge:
Wheatstone bridge is a simple circuit for measuring an unknown resistance by connecting it so as to form a quadrilateral with three known resistances and applying a voltage between a pair of opposite corners.its made by arranging four resistances which are  R1, R2, R3, R4.

The circuit can be in balanced condition if the amount of charge is equal in all resistors R . Apart from that R1, R2, R3 are known,and using this bridge R4 can be determined

An electric cell works on the principle of the flow of current in the circuit. An electromagnetic field (EMF) can be defined  as the potential difference across the terminals of a cell when it is not supplying any current and EMF is generated in the circuit due to the following factors:

Unit and dimension: It’s S.I. unit is ohm and dimension is [ML’T’A] Resistivity is the intrinsic property of the substance. It is independent of the shape and size of the body

A charge can generate a magnetic field if it is in action. The magnetic field can also combine with a moving charge called Lorentz Force which depends on q, v, and B. The potentiometer is a device to compare the potential differences across two or more points referred to as (N) Because the arrangement of the circuit involves no current flow if the key K2 is disconnected the device can be used to measure potential differences and EMFs of two sources.

Resistivity  is given as,

Where, is the resistivity of the material and is the temperature coefficient of resistivity

These were some of the important points on Current Electricity that will definitely help you in getting a high score. Choosing the right career path after class 12th can take you to great heights. To make a well-informed decision, let Leverage Edu help you out. Book an e-meeting with our experts and be sure of which career you want to pick!

Read More
CCBSE Guide
BODMAS stands for Bracket, Of, Division, Multiplication, Addition and Subtraction. The BODMAS is used to explain the order of…

Read More
WWriting
Reading a newspaper, you must have come across news reports on certain incidents. They concisely elaborate upon a…

Read More
GGeography
One of the essential topics in class 9 Geography syllabus is ‘The Physical Features of India.’ It includes… 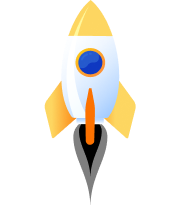