Best Economics Books of All Time

Amongst the core subjects in Commerce stream, Economics is simply the study of the allocation of resources to tackle scarcity as well as facilitating their optimum utilization. It is also imperatively the study of choices whether in personal life or in businesses and economic markets for profit maximization. As a vast discipline encompassing a host of sub-fields and concepts, there are an array of Economics books curated by top Economists and Theorists in this field and aim to explore its core as well as lesser-known concepts and ideas! Are you looking for some interesting reads to expand your knowledge in economics? This blog enlists some of the insightful and must-read books on economics for beginners you must explore to accentuate your understanding of this amazing field of study!

The Wealth of Nations by Adam Smith

One of the fundamental works in classical economics, The Wealth of Nations by Scottish economist Adam Smith describes the many factors that contribute to the accumulated wealth and financial prosperity of developed nations. It is one of the best Economics books for those interested in studying developmental economics and how this discipline effectively studies an economy in a holistic manner. Written with a view of criticizing mercantilism, this book covers some broad topics such as free markets, productivity and divisions of labour.

What is Welfare Economics?

This wonderful book on economics contains a collection of critical essays on Economical discourse which were originally published during the 1930s and 1940s. The essays shed light on the problems faced by developing and former socialist countries. Amongst the top-recommended Economics Books, Individuals and Economic Order by Friedrick Hayek looks at the issue of free markets as against socialist planned economies through different perspectives.

Difference Between Micro and Macro Economics

One of the best Economics books written by the renowned Economist and Sociologist Karl Marx, he discusses capitalism and its relations to labour. Bringing an interdisciplinary connection between social science as well as economics, Marx highlights the salient features of the capitalist system, how it operates and the potential tendency it has towards self-destruction. Capital deals with production, exploitation, surplus-value, distribution of wealth, class relationships etc. were one of the most cited books in relevant disciplines before the 1950s.

Nature and Scope of Economics

Development as Freedom by Amartya Sen

Published in 1999, this is one of the must-read economics books by the Nobel prize-winning Indian economist Amartya Sen. His basic argument in Development as Freedom is that development is intricately linked with freedom, with special emphasis on political freedom, economic freedom and freedom of opportunity.

The Last Phase in Transformation by Michal Kalecki

A collection of six essays by Michal Kalecki, this text is one of the insightful economics books dating back to 1935 and 1967 when it was originally drafted. Dealing with political economy, the Last Phase of Transformation is a must-read if you are interested in exploring social relations, such as group or class conflicts, as an economic factor.

Manias Panics and Crashes: A History of Financial Crises by Charles P. Kindleberger

One of the classic economics books, Charles Kindleberger has provided an account of the causes behind financial explosions at different points in time in this text. Manias, Panics and Crashes covers topics relating to speculations, crises and lending while focussing on financial crashes in different parts of the world. It is one of the famous economics books on the global economy and financial crashes and is best for those inclined towards studying the causes and effects of the economic recession and depression throughout varied periods of time.

The Economic Emergence of Women by Barbara Bergmann

This is one of the must-read economics books based on feminist theory as it centres around feminist economics and the role played by women in different economic developments throughout history. As the world has been largely dominated by the patriarchal system, the author has kept the ongoing movement of equality between the two sexes as the main theme of the book. The other issues covered in the Economic Emergence of Women include discrimination, women labour, marriage etc.

The Reckoning: Financial Accountability and the Rise and Fall of Nations

Jacob Soll, a historian and MacArthur Genius Grant winner, examines the history of contemporary global economics beginning with the beginnings of accountancy during the Medici rule in his sprawling book The Reckoning: Financial Accountability and the Rise and Fall of Nations. Throughout The Reckoning, Soll guides the reader through well-known historical events, enlightening them on the bookkeeping machinations and deft accounting behind events such as the Italian Renaissance, the French Revolution, and the 2008 recession, earning it a spot on our list of the best economics books of all time.

For good reason, Adam Smith’s 1776 classic is still widely read today. An Inquiry into the Nature and Causes of the Wealth of Nations is not only one of the most read economics books but also the most direct way to understanding the early theories linked to the basic mechanics of economics. The editor’s comment provided in one version of this important work explains why so many economists, businesspeople, and historians continue to endorse it. “The learner should not forget that there is frequently more to be learned from the method of addressing a topic of a great writer than from the simple acquisition of the more accurate outcome owing to the critical labours of a series of brains of ordinary capacity,” editor J.S. Nicholson stated.

Factfulness: Ten Reasons We’re Wrong About the World—and Why Things Are Better Than You Think

Hans Rosling, Anna Rosling Rönnlund, and Ola Rosling set out to create Factfulness: Ten Reasons We’re Wrong About the World—and Why Things Are Better Than You Think with a specific goal in mind. The trio (a doctor, a software designer, and a statistician) intended to eliminate ignorance about the status of the world, which they discovered was prevalent in every class, nation, and culture they investigated. Regardless of where their subjects lived or how much education they had, the majority of those polled felt the globe was in a worse state than it is, according to almost every possible statistic. Factfulness became a New York Times Best Seller and one of the best economics books ever written, in part because of the incredible social and economic information it contains, but it’s also valuable because of the insight it provides into why people are so pessimistic about the world, why it’s so difficult to change people’s minds with data, and what we can all do about it.

Thomas Sowell, a well-known economist, and syndicated columnist has written more than 30 economics books on famous issues and topics public policy, history, class, culture, education, and race. Sowell, a University of Chicago professor with a PhD, is widely regarded as one of the most important American economists of the twenty-first century. Sowell communicates the nuts and bolts of free-market economic theory in Wealth, Poverty, and Politics against the backdrop of contemporary discussions on income disparity and public policy, which he contends often underplays the generation of wealth as a determinant. Sowell demonstrates to the readers, using historical events and observable social trends as examples, how various variables have impacted the economic trajectories of countries and individuals throughout history, and how they will continue to do so.

Small is Beautiful: Economics as if People Mattered by E.F. Schumacher

One of the most influential books in the realm of economics, Small is Beautiful is divided into four main parts, namely the modern world, resources, the third world and organisation and ownership, dealing with different but interrelated topics. The author brilliantly discusses the dehumanisation of labour as the underlying effect of the general functioning of modern profit-oriented organisations.

Governing the Commons by Elinor Ostrom

This book deals with the economics of commons i.e. public property or resources that are shared among many people. Consisting of four chapters, this is one of the popular Economics books for those wanting to study the nature of a common resource, its examination, evolution, development of self-organisation, self-governance, as well as change.

Poor Economics: A Radical Rethinking of the Way to Fight Global Poverty by Abhijit Banerjee and Esther Duflo

This award-winning book on Economics is a wonderful take on approaches to global poverty and its solutions by the Nobel prize-winning pair Abhijit V. Banerjee and Esther Duflo. Poor Economics is based on their study spanning across global boundaries, observing the thought processes and decision-making factors of the poverty-stricken.

Want to score good marks in Economics in upcoming competitive exams like the UPSC? Have a look at some of these popular and top-selling economics books for UPSC:

Are you planning to pursue higher studies in Business or Economics? Or do you suspect you could be interested but don’t know much about it? We have compiled a reading list for you. We have compiled a selection of some of the greatest economics books from the vast literature on business and economics topics.

Thus, we hope that now you have a complete list of Economics books that can help you understand the multifarious nature of this discipline. Aspiring to study a degree in Economics? Our Leverage Edu experts are here to help you find the right course and university which can equip you with the best knowledge, skills and exposure to build a successful career in this field! Sign up for a free career counselling session today! 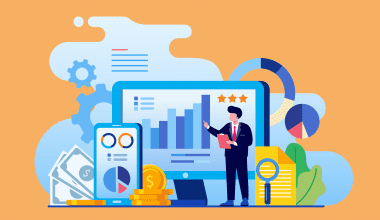 Economics is a branch of Social Sciences that has a great influence on society. One of the fast-changing…

Common Careers With An Economics Degree

Economics is a social study. It includes the learnings on the production and consumption of goods. Also, the… 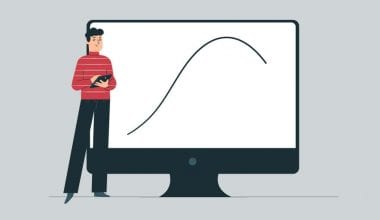 Imagine, you are standing at your favourite ice cream parlour and eagerly waiting to gobble it up, and… 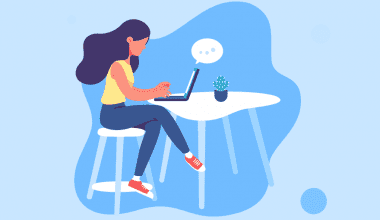 MEC refers to the subjects Mathematics, Economics, Commerce which are considered as the core subjects of commerce. Students…